Where are they now: 2008 Paralympian Megan Muscat

December 02, 2021
Checking in with the runner, who achieved personal bests at Beijing 2008

Megan Muscat became involved in Para sport while at Central Elgin Collegiate Institute in St. Thomas, Ont. where she was a member of the track team.

She was told she had great potential to make the national team, and indeed she did. Throughout her career, she won the T37 women’s 400m race at the 2005 Cerebral Palsy World Games in New London, Connecticut then represented Canada at the 2008 Paralympic Games. In Beijing, she set a personal best in the 100m and reached the semifinals. She also competed at the 2010 Commonwealth Games in India before retiring in 2013.

Muscat has also earned a bachelor’s degree in sociology from the University of Windsor, a diploma in law and security from St. Clair College and a certificate in emergency telecommunications from Fanshawe College in London, Ont.

Below she looks back on some of her favourite memories from competing for Canada:

To represent your family and country with the maple leaf on your chest is a huge honour. The sacrifices that your “team” makes to get you to the goal is a very special thing.

Walking out to the starting blocks and thinking I would be a bottle of nerves, but I was so calm and ready. Me and my team had worked so hard to get there, there was no reason to second guess myself and add pressure. I wanted to have fun!

Winning the 400m at the 2005 CP World Games and running a big personal best in the 100m semis in Beijing!

I live in St. Thomas, ON where I was born and raised and work for a bus charter company booking transportation for various events from weddings to tours to sporting events to sports teams.

What message would you share with current athletes on the road to the Paralympic Games?

Have fun! You have worked so hard to get to this point, don't dwell on the negative, just move forward! As my coach Kurt Downes used to tell me before events, it's not good luck, it's good skills!

Current TV show you are binge-watching: Leverage
Favourite activity: Relaxing at my parents’ house in Long Point, ON
Who were your heroes growing up:  My late Gramma Helene Muscat
Who would you like to meet: If he was still alive, Muhammad Ali
Favorite Emoji: The heart emoji
Favourite Hobby: Making “tie up” blankets and watching movies and sports
Favourite Motto: Work like you don't need the money. Love like you've never been hurt. Dance like nobody's watching – Satchel Paige 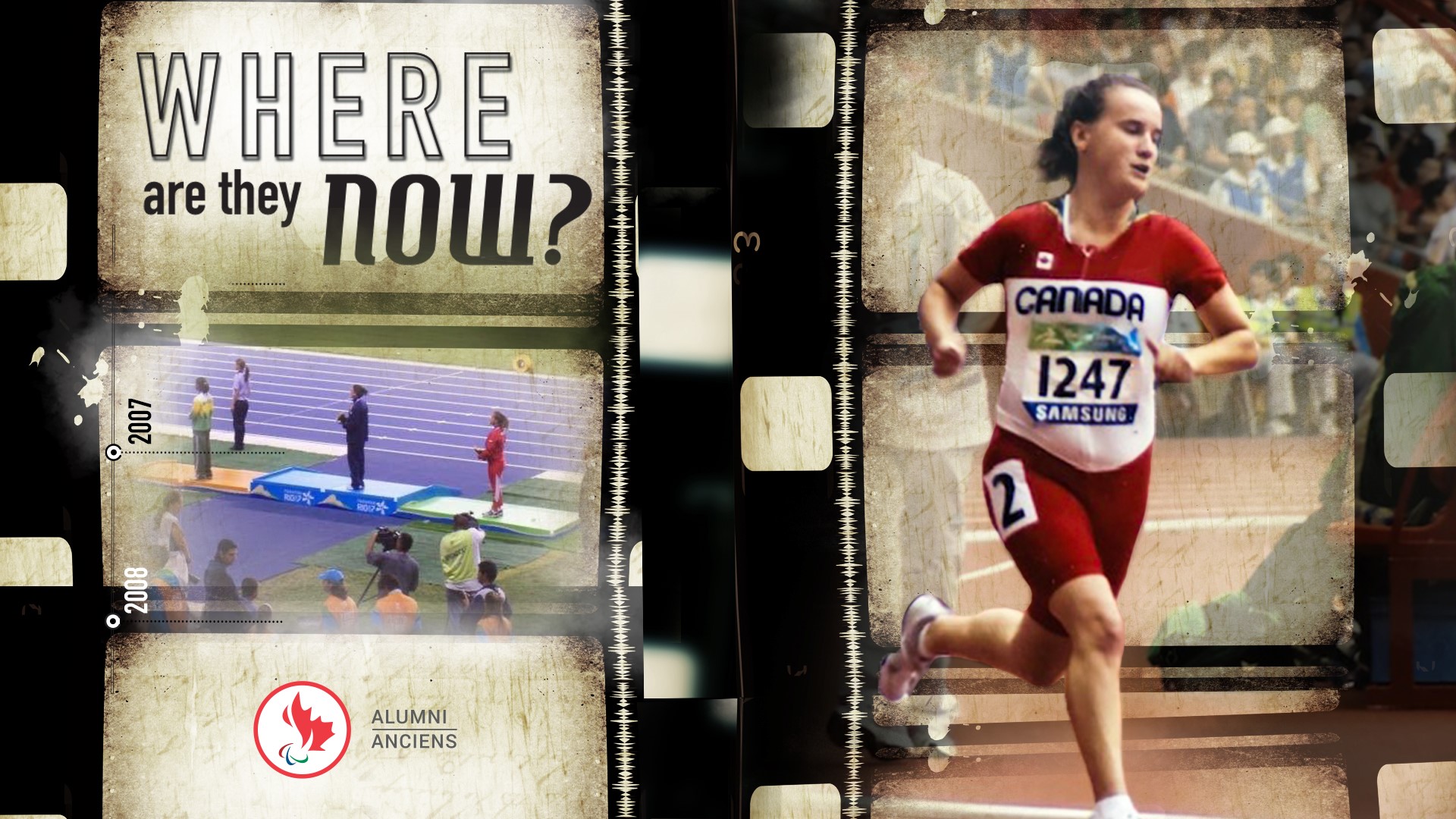