Where are they now: Goalball champion Amy Alsop

October 06, 2021
Checking in with the two-time Paralympic gold medallist

Among her many other achievements was becoming world champion in 2006, winning silver at the 2002 world championships, and finishing fifth at the Beijing 2008 Games.

Originally from Saskatoon, Alsop has been widely recognized in her home province, including as a recipient of the Saskatchewan Centennial Medal. Born with a visual impairment, today she makes it a point to showcase the opportunities out there for people with a disability.

Below we check in with Alsop on her favourite memories from her more than 10-year career as a member of Canada’s national team, and see what she’s up to now:

It was the opportunity to live out a dream I had as kid to be an athlete playing a sport I loved.

Walking into the stadium in Australia at the 2000 Paralympic Games was unreal. The cheers from the audience gave me goosebumps. That feeling lasted for the entirety of the Games. I watched the amazing swimming team win medals every night. I was able to attend the gold medal women's wheelchair basketball game (that they won) against Australia, and finally got my shot on the second-last day to help Canada win its first ever gold medal in goalball.

Defending our gold medal in goalball in Athens in 2004. Everything clicked, we were first in scoring, and allowed the fewest goals and never lost a game. It was by far my greatest accomplishment as an athlete.

I am a Service Development Manager in marketing at SaskTel. I live in Regina, SK with my husband and five-year-old son. In 2015 I had the privilege of co-chairing along with fellow Paralympian Daryl Stubel the creation of a new Disability Strategy for the Province of Saskatchewan.

What message would you share with current athletes on the road to the Paralympic Games?

No adversity is insurmountable. Take time to reflect on your accomplishment, appreciate the journey that got you there. Embrace the energy of the Games and don't hold back.

Favourite summer activity: Riding bikes with the family
Current TV show you are binge-watching: 90-day Fiancé....cuz sometimes you just need to turn your brain off.
Celebrity you would most want to have dinner with: Lady Gaga ... I'm sure she would eat some crazy ridiculous food that I've never heard of, but I could suck it up, just to learn what it takes to be so ridiculously talented and something I am so ridiculously NOT talented at.
Most used emoji: Smiley face, cuz I'm old and boring … and don't want to screw up by guessing what the emoji means
Favourite Hobby: Building Lego, and not just because I have a five-year old at home, I actually enjoy building Lego.
Favourite Motto: No adversity is insurmountable 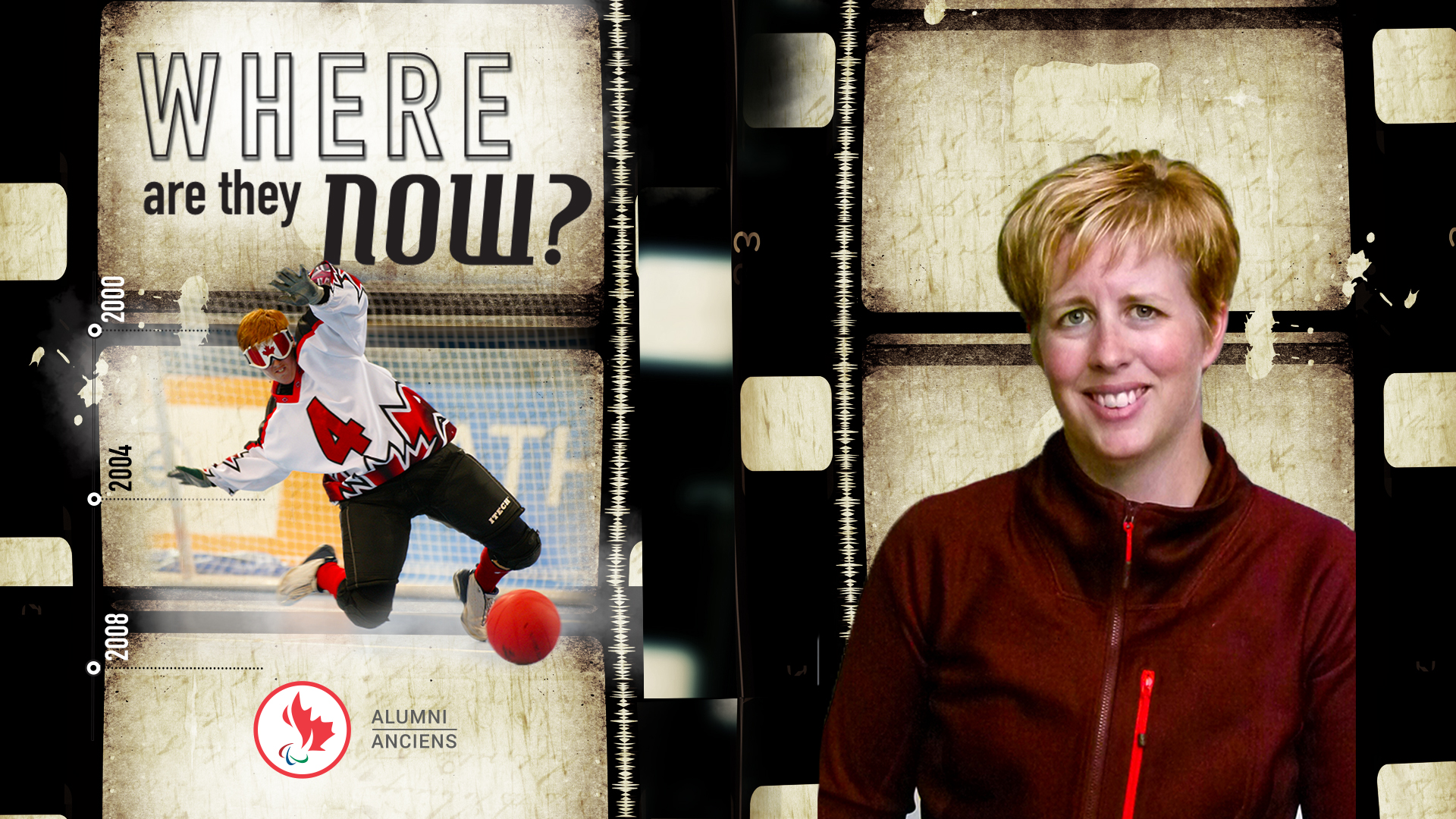