Where are they now: Para swimmer Andrew Haley

August 05, 2021
Checking in with the four-time Paralympian

First diagnosed with cancer at the age of six years old, which was discovered after he broke his leg playing, Haley’s right leg was ultimately amputated above the knee. The cancer returned two years later, and he lost part of his lung. In both cases, Haley says he was given a 35 per cent chance of survival.

Since his retirement from competitive swimming in 2008, Haley has been an active member of the Paralympic Movement. He regularly shares his story and motivational message in public speaking engagements, and he hopes to encourage and inspire others to be involved.

Below we check in with Haley on his favourite memories and see what he’s up to now:

A true honour. It's the pinnacle of the sport and I loved competing on the highest stage. There was nothing better than to wear the red and white and show I was among the best. I was also able to share the passion and energy from all my friends and family and it was a great time.

Learning to be a champion. I loved to travel and hang out with teammates and I even became friendly with some of my competition. My best memory was winning the 4 x 100 medley and setting a world record in Sydney and helping the swim team win the meet and contribute to Canada's medal haul.

I was able to win the 100 fly at the 1998 world champs. I was also able to win the 400 medley relay at the 2000 Games. I am also proud of swimming in four Games and competing at the highest level. It's also great to use my achievements as a motivational speaker and to help inspire all my audiences. I also help bring awareness on disabled sport in my home province of Nova Scotia.

I work at a Marketing Manager for Metrolinx (one of the biggest transit authorities in Canada). I also am a dad to two kids (Kristen 10, Kristofer, 4) and enjoy getting in the pool when I can.

Never give up. You have trained too long and too hard to not push through now. I always used to tell myself during my race 'Allow yourself to be great" and that gave me the mindset to go after my gold medal moment. Go get yours.

Favourite summer activity: Swimming
Hero: Wayne Gretzky
Current TV show you are binge-watching: Line of Duty or the Olympics
Celebrity you would most want to have dinner with: Tony Robbins or Wayne Gretzky
Most used emoji: Happy face
Favourite Hobby: Swimming
Favourite Motto: ‘’Be better today than I was yesterday’’ 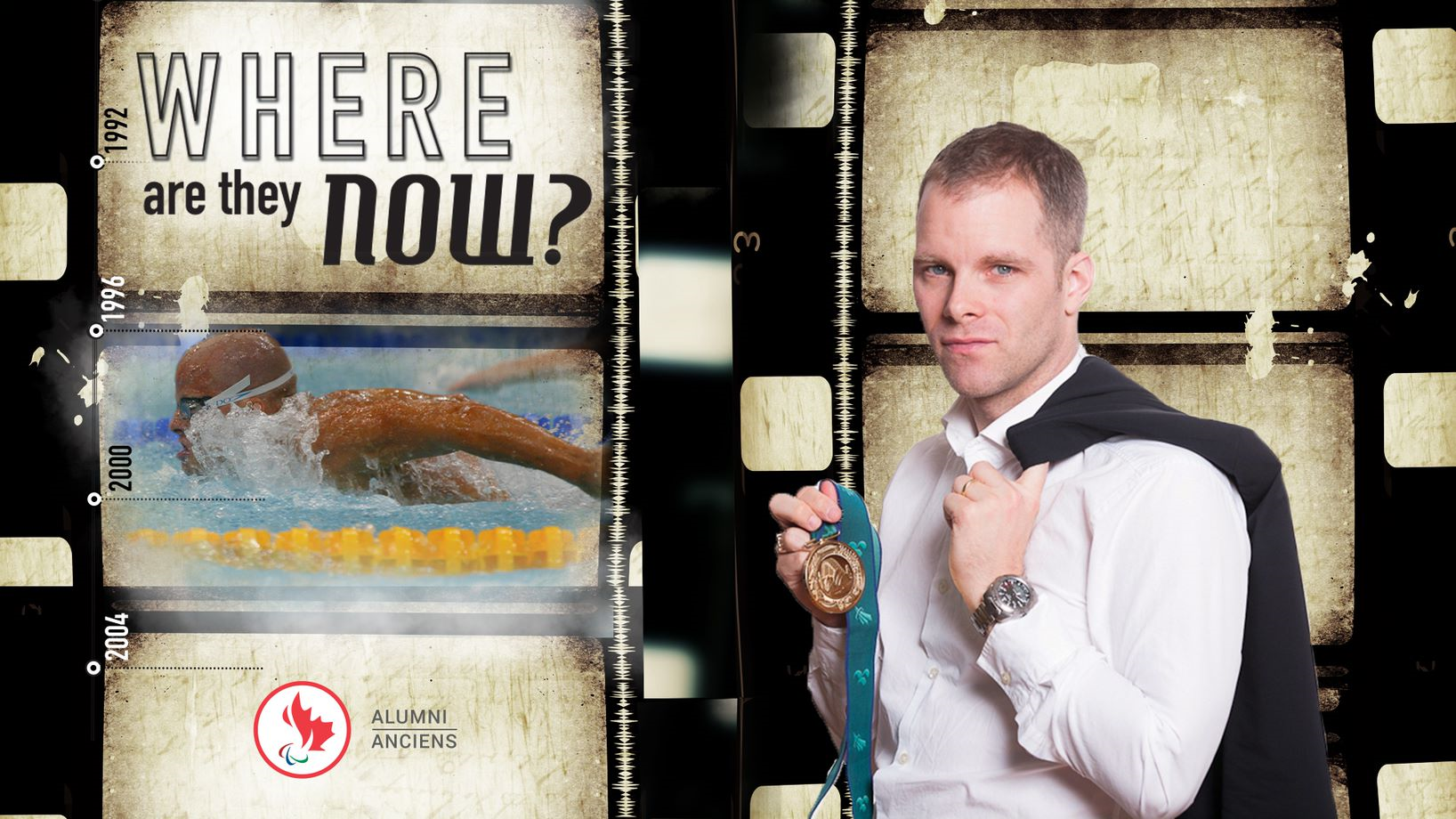