Where are they now: Para alpine skier Karolina Wisniewska

July 08, 2021
Checking in with three-time Paralympian and Hall of Famer

The first part of her career ended in 2003 after she won the overall World Cup title. Just a year earlier at the Paralympic Games in Salt Lake City she collected four medals, a record tally for a Canadian winter Paralympian or Olympian at the time. In her Games debut in 1998 she took two silver medals in Nagano.

She was forced to retire after the 2003 season due to concussions. In 2007, she became the first Paralympian inducted into the Canadian Ski Hall of Fame.

That same year, part two of her alpine skiing journey began. With the Vancouver 2010 Paralympic Games nearing, Wisniewska got the competitive bug again and decided to make a comeback for the chance to compete on home soil.

She was part of a highly successful Canadian Para alpine squad in 2010 contributing two bronze medals.

Below we check in with Wisniewska on her favourite memories and see what she’s up to now:

I competed at three Paralympic Games for Canada. Other than it being an honour every time, it felt very different each time depending on whether they were my first Games or my last, whether my family and friends were there and, most importantly, what I expected of myself in terms of my performance and my accomplishments (which was to win!). The locations (Japan, USA, Canada) also made a huge difference in terms of how each Games felt.

There are so many! But one of my favourite days ever was at the 2000 world championships in Anzère, Switzerland where Canada had sent a small team of athletes and two coaches (we had virtually no funding at the time).

At the time, we had to do everything ourselves: wax our own skis with only one electrical outlet, sort our equipment, etc., etc. Even so, there was one day where EVERY SINGLE ATHLETE REPRESENTING CANADA made it on the podium!! We couldn't believe it as, back then, we were this little, under-staffed and under-funded nation, especially compared to countries like the USA, Germany and Switzerland that had huge teams and staff. I was so incredibly proud of every one of my teammates that day!

Their success was more emotional and meaningful to me than my own on that day.

My proudest sporting achievement was actually succeeding at making a comeback for the 2010 Paralympic Games in Vancouver/Whistler after a career-ending crash and severe concussion in 2003 in downhill. Not only that: I won two bronze medals in 2010, too! :) It took me a long time to come back from that injury; and an even longer time to realize that I still wanted to ski and compete and race and win.

The comeback was tough for so many reasons, some of which were: the number and severity of concussions I had already had throughout my career, that I was older, that I had lost fitness, that I was supporting myself (and my comeback dream) entirely on my own financially, and that the coaches and make-up of the national team had changed dramatically in the relatively short time I had been away.

As of August 2020, I've been the Operations Manager for Game Plan, Canada's holistic wellness program for Paralympians and Olympians. Game Plan offers numerous and varied programs targeted at the needs of current, transitioning, and retired athletes and it is actually a really unique and world-leading program. Plus, the benefits of a balanced approach to life and sport have actually been proven to enhance performance. I am so excited to work at Game Plan because I could really have used a program like this both times that I retired (first in 2003 and then again in 2011) to help me navigate life after sport. And, I also feel like I am able to give back to Canadian athletes and the Canadian sport system in a very positive way.

Although the last year and a half has been unprecedented for the entire world, I think that athletes – and Paralympic athletes in particular – are incredibly adaptable and resilient. If I were preparing for Tokyo right now I would just keep my head down and keep training as hard as I possibly could and control only what I can control. I am also really thrilled to be one of Team Canada's athlete mentors for Tokyo and I am here to support you in any way that I can.

Favourite summer activity: Swimming in a lake
Hero: My niece and two nephews
Current TV show you are binge-watching: Superstore
Celebrity you would most want to have dinner with: Alexandria Ocasio-Cortez
Most used emoji: Smiley face
Favourite Hobby: Riding my bike in the city
Favourite Motto: "Great spirits have always encountered violent opposition from mediocre minds" – Albert Einstein 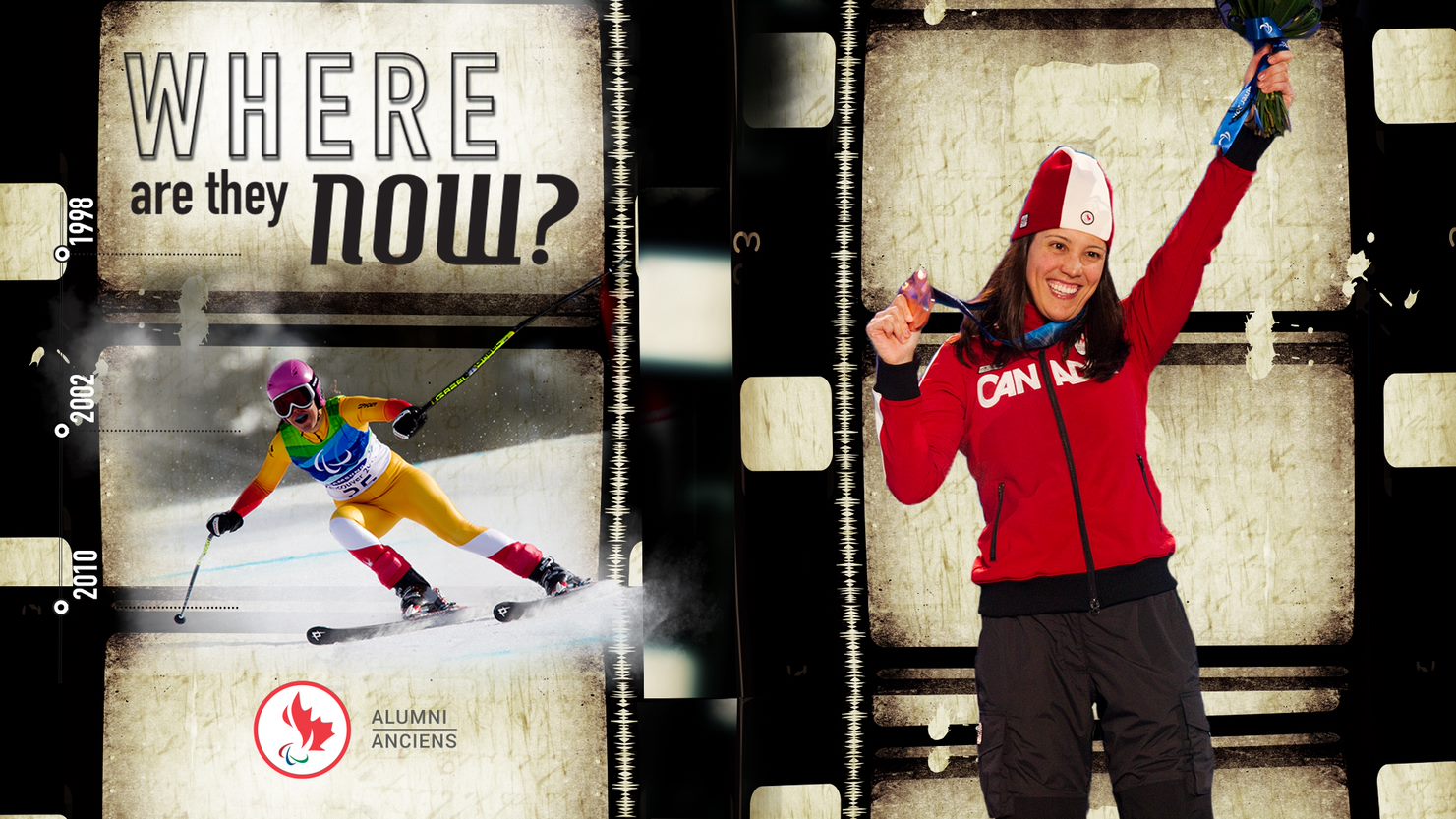