Where are they now: Para snowboard trailblazer Michelle Salt

June 03, 2021
Checking in with the two-time Paralympian

A near-fatal motorcycle crash in 2011 did not deter Michelle Salt from pursuing her dreams and beyond to become a trailblazer for women in sport and Para snowboarding. Now she is passing on the expertise she learned in the sports world to young children.

Salt competed at the first two Paralympic Winter Games to have Para snowboard on the official program, Sochi 2014 and PyeongChang 2018. She was already in the sport before her accident, then found solace on the hills afterwards as well as the inspiration to pursue a dream to represent Canada at a major Games.

In Sochi, she earned a moral victory by finishing her run for a ninth-place result after a difficult season. At the 2018 Games in PyeongChang, she capped her career with two solid top-five finishes.

In addition, she collected 12 World Cup medals throughout her career including a double silver performance at the 2016 World Cup final. She also posted three fourth-place finishes at the world championships.

Below we check in with Salt on her favourite memories and see what she’s up to now:

Though being an amputee wasn’t something I dreamed about as a child, going to the Games and representing Canada at such a high level was. Becoming a Paralympian gave me a reason to get out of bed every morning when pushing through my rehab and dark times. It gave me a purpose and allowed me the opportunity to become the best version of myself.

There are just so many to choose from! Travelling the world with my teammates and coaches was a blast but I think for me, what stands out the most, was my first Paralympics in Sochi.

I had been struggling to get down the course without crashing in training. My coach Candice was sitting with me in the start section and said, ‘just cross that finish line without going down and we will have something to celebrate’. Though it seemed like such a simple task, it really wasn’t for me as the course was big and I was still injured. So when I got down with a clean run and was sitting in almost last place, everyone was confused why I was so darn excited! Those small milestones are what pushed me to take pride in the journey.

My first World Cup podium in Big White the season after the 2014 Games. Our new coach, Mark Fawcett, had these great ideas on how I could start bending my knee more and next thing you know, I’m carving up a storm. I think a lot of my competitors didn’t see it coming as I was terrible the season before. To podium not just at home in Canada but after working my butt off that season, it was truly an incredible feeling

I retired from the sport shortly after the 2018 Games and was offered my dream job in Calgary as a Medical Mobility Rep helping people, mainly kids, get their mobility back and increase their quality of life. It’s full circle and very rewarding. I also spend a lot of time on my snowmobile in the back country and compete in adaptive wakesurfing.

Finishing fourth at the last Games wasn’t easy for me and I’ve learned a lot from that. Don’t get fixated on one event. It’s not the end all, be all. Reflect on the journey you took to get there and the kind of person it helped you become. When the time comes to shine, don’t doubt yourself and put it all out there. Regardless of how you finish, we as a country are so proud of you!

Favourite summer activity: Golf and wakesurfing
Hero: Terry Fox
Current TV show you are binge-watching: Start-Up on Netflix
Celebrity you would most want to have dinner with: Ryan Reynolds (because he’s dreamy)
Most used emoji: Face Palm
Favourite Hobby: Refurbishing furniture
Favourite Motto: When you feel your worst and you try your hardest, that’s when you get in the most 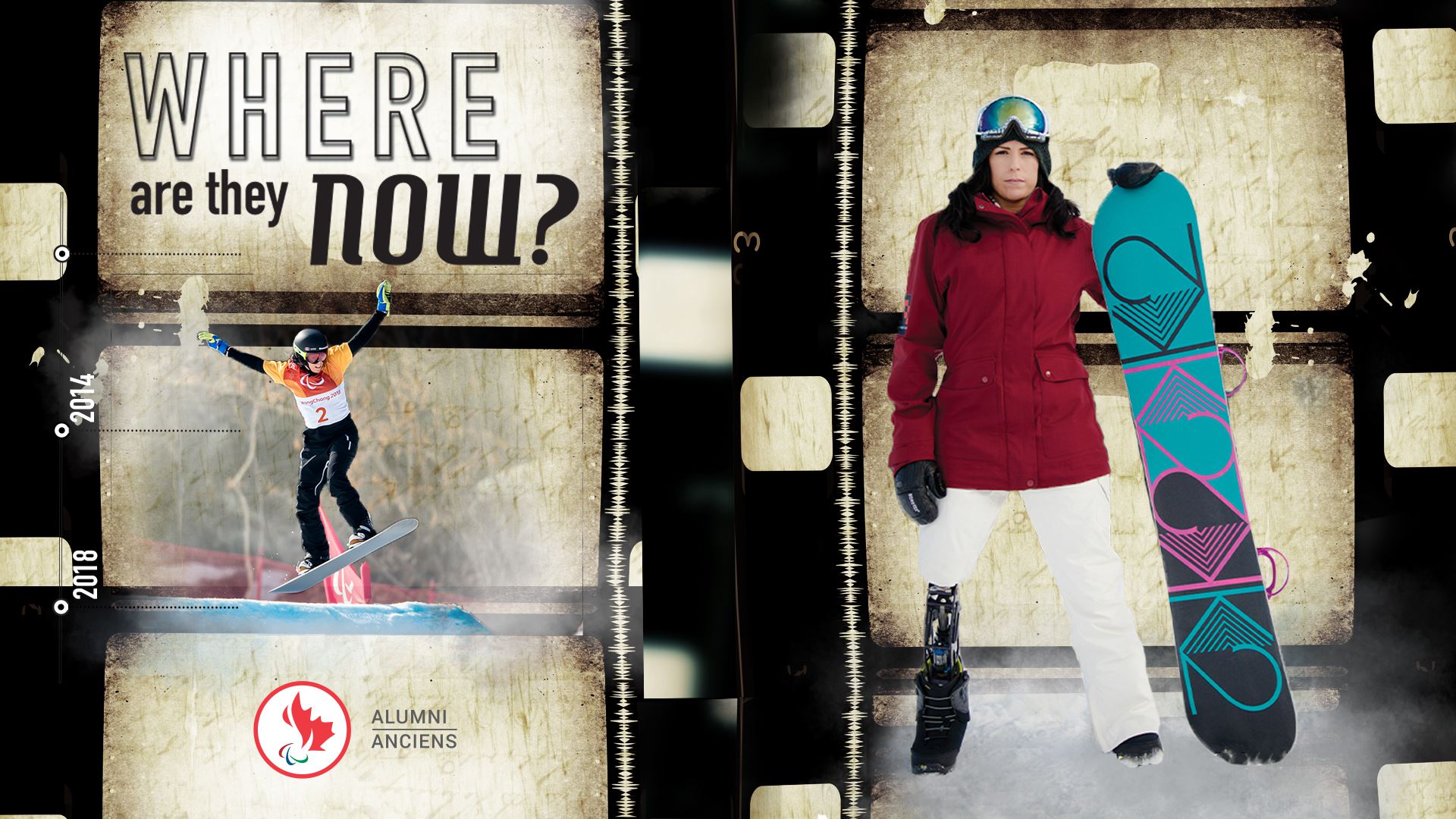