Where are they now: Paralympic swimmer Sarah Mailhot

Para swimmer Sarah Mailhot achieved a childhood dream by competing at the 2012 Paralympic Games in London.

The Quebec City native’s participation at the Games was the culmination of years of hard work in and out of the pool while pursuing her translation studies in university. Now a professional translator, Mailhot made a comeback of sorts when she made the national team in 2015 and earned a berth at the Parapan American Games in Toronto.

She was also on the Canadian team at the 2009 and 2010 world championships and the 2011 Parapan Pacific Championships.

Below we check in with Mailhot on her favourite memories and see what she’s up to now:

It was the ultimate reward for all the years I put into the sport.

The off days when we could visit the cities we were competing at and the 400m freestyle final at the 2015 Parapan Ams in which I posted a personal best time. It was also a great memory to swim that event with my teammates Sabrina Duchesne, Morgan Bird, and Tess Routliffe.

My participation at the 2015 Parapan American Games. I had some subpar performances going in and I was able to do a personal best in the 400 free both in the prelims and final.

I am a freelance translator and I work mainly with sport organizations. I’m also very involved in the Jouez Gagnant program in which I participate in speaking engagements at schools throughout Quebec. I've also been involved with Fitspirit since last year.

Your journey to the Games is definitely filled with challenges. The fact that you haven't given up during this last year is a proof of your incredible strength of character.

Fast Facts
Current TV show you are binge-watching: The Office
Favourite winter activity: To be wrapped in a warm blanket with a cup of tea in my living room.
Favourite hobby: Reading
Any favourite mottos: Why not you, why not now. 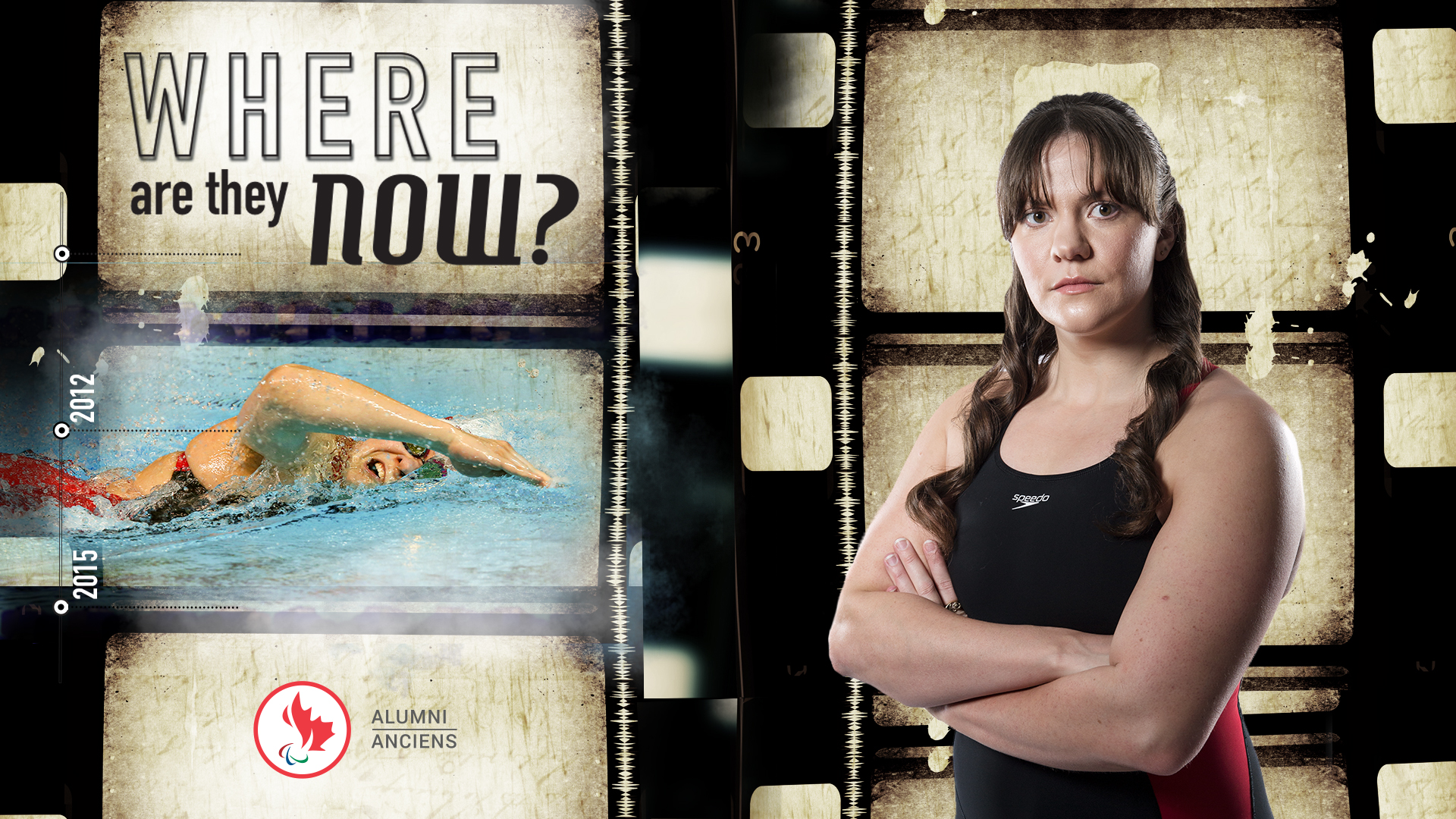