Where are they now: Para swimmer Kirstie Kasko

A six-time Parapan Am Games medallist, Kirstie Kasko was one of Canada’s top swimmers through the first half of the 2010s decade.

Kasko, who competed in the S14 category, made her Paralympic debut at London 2012 and competed at the Guadalajara 2011 and Toronto 2015 Parapan Am Games. The 28-year-old from Okotoks, A.B. has stayed close to the water ever since and is still swimming today.

Below we check in with Kirstie to learn about her favourite memories and what she’s been up to recently:

Competing at the Paralympics was an amazing experience for me. I really enjoyed competing with the best athletes in the world.

Traveling to Italy for the training camp before the Paralympic Games and getting to eat a calzone every night for dinner. Staying right on the ocean and being told you can't go in the ocean unless you are hydrated enough – although I was the only athlete that was hydrated enough.

Winning two gold medals at the 2011 Parapan Am Games in Guadalajara, Mexico, and becoming a Swimming Canada carded athlete after that.

I am volunteering at the YMCA at Seton [in Calgary] which is the largest YMCA in the world. Prior to COVID, I was also a waterslide attendant at the YMCA of Seton. I also got my lifeguarding award earlier this year. I am competing in the Special Olympics and in January might be coaching a swim team.

Train hard, listen to your coach’s advice, ask questions if you don't understand. Make sure that you are drinking plenty of water daily.

Current TV show you are binge-watching: H20
Favorite fall/winter activity: Snowshoeing
Hero: Michael Phelps
Celebrity you would most want to have dinner with: Demi Lovato
Most used emoji: 🤣 (rolling on the floor laughing)
Favourite hobby: Crocheting
Any favourite mottos: I was a bionic woman 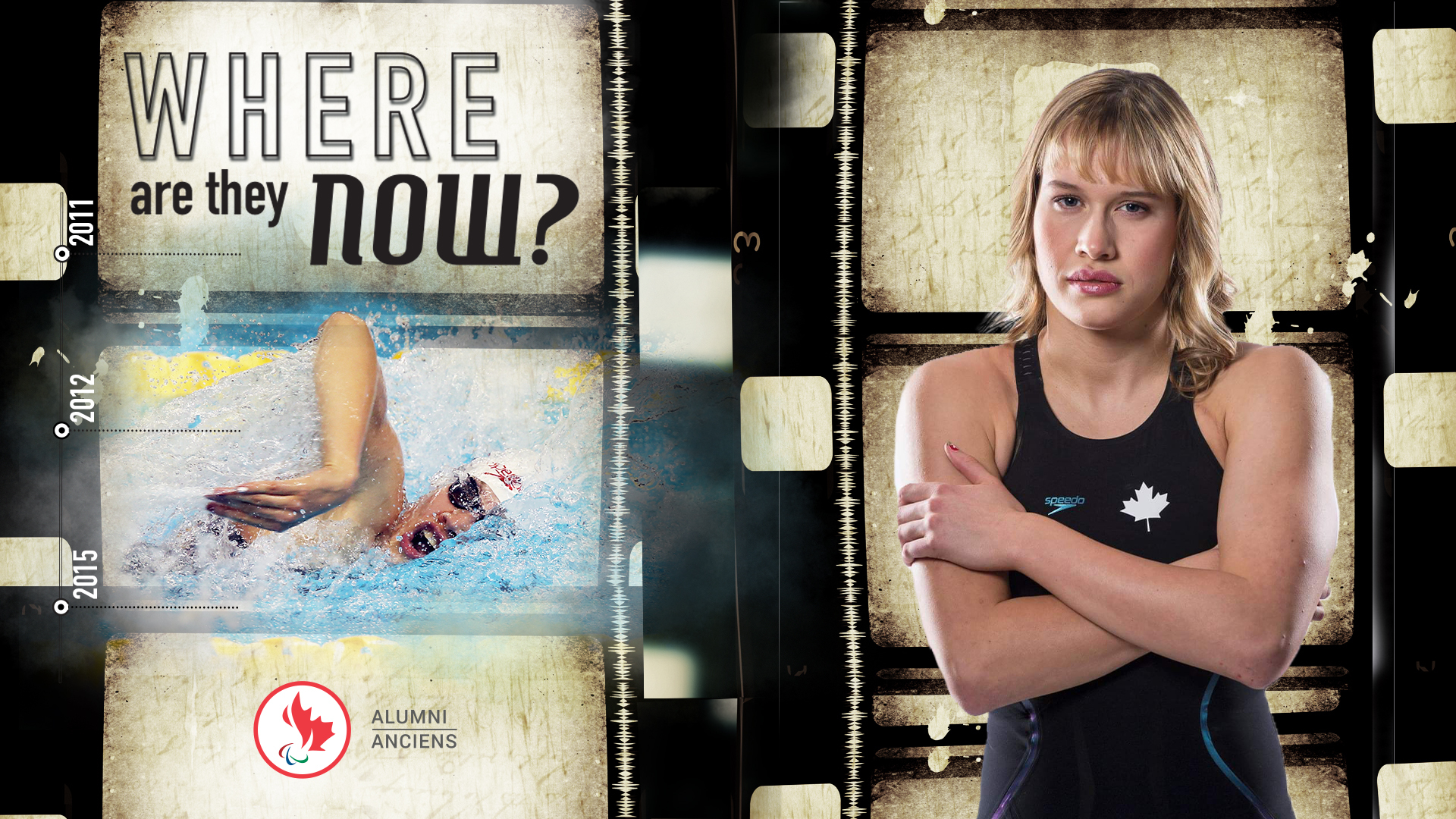