Where are they now: Paralympic cyclist Patrice Bonneau

May 06, 2021
Checking in with the Barcelona and Atlanta Games medallist

More than 25 years later, not a single day goes by that Patrice Bonneau doesn’t recall his experiences as a Paralympic athlete.

The Para cyclist, whose leg was partially amputated at the age of three due to a malformation at birth, was one of Canada’s most consistent international performers in the 1990s.

The highlight was gold in the men’s road race at the 1992 Paralympic Games in Barcelona. He won the race by 0.01 seconds to become Canada’s first Para cycling Games champion.

He was also the road race champion at the 1994 world championships in Belgium and took bronze in the same event at the 1996 Games in Atlanta.

He was inducted into the Quebec Cycling Hall of Fame in 2007.

Below we check in with Bonneau on his favourite memories and see what he’s up to now:

It was the achievement of a lifetime. Even now, I still think about it every single day. To see our flag raised and to hear our national anthem after winning the gold medal in Barcelona is without a doubt the most powerful emotions I have ever felt.

I was training in a sport that was mostly popular in Europe. Europeans thought it was cute to see a Canadian on the start line next to them, but they didn’t take me seriously.

My first international race was at the Barcelona Games. I came as a surprise to most of my opponents and their attitude toward me changed drastically after the race. I also remember that to race in Europe between 1992 and 1996, I was travelling alone for weeks, getting in planes with two bikes, a set of spare wheels, a pump, and a toolbox on top of my suitcase.

I always explained that I was a member of the Canadian national team and that I was travelling to Europe to represent our country. I never had to pay for additional baggage!

My gold medal in Barcelona was my biggest sports achievement, but I’m also very proud to be the reason why the Fédération québécoise des sports cyclistes got involved in the Paralympic movement. Canada became a top player in Para cycling and I feel like I played my part in it.

I’ve been a lawyer since 1998 and I still ride my bike for thousands of kilometres every year.

Have fun and enjoy every moment. A career in sport goes by so quickly. Be proud to represent our country.

Hero: Ryder Hesjedal, the first Canadian cyclist to have won a Grand Tour (Tour of Italy) 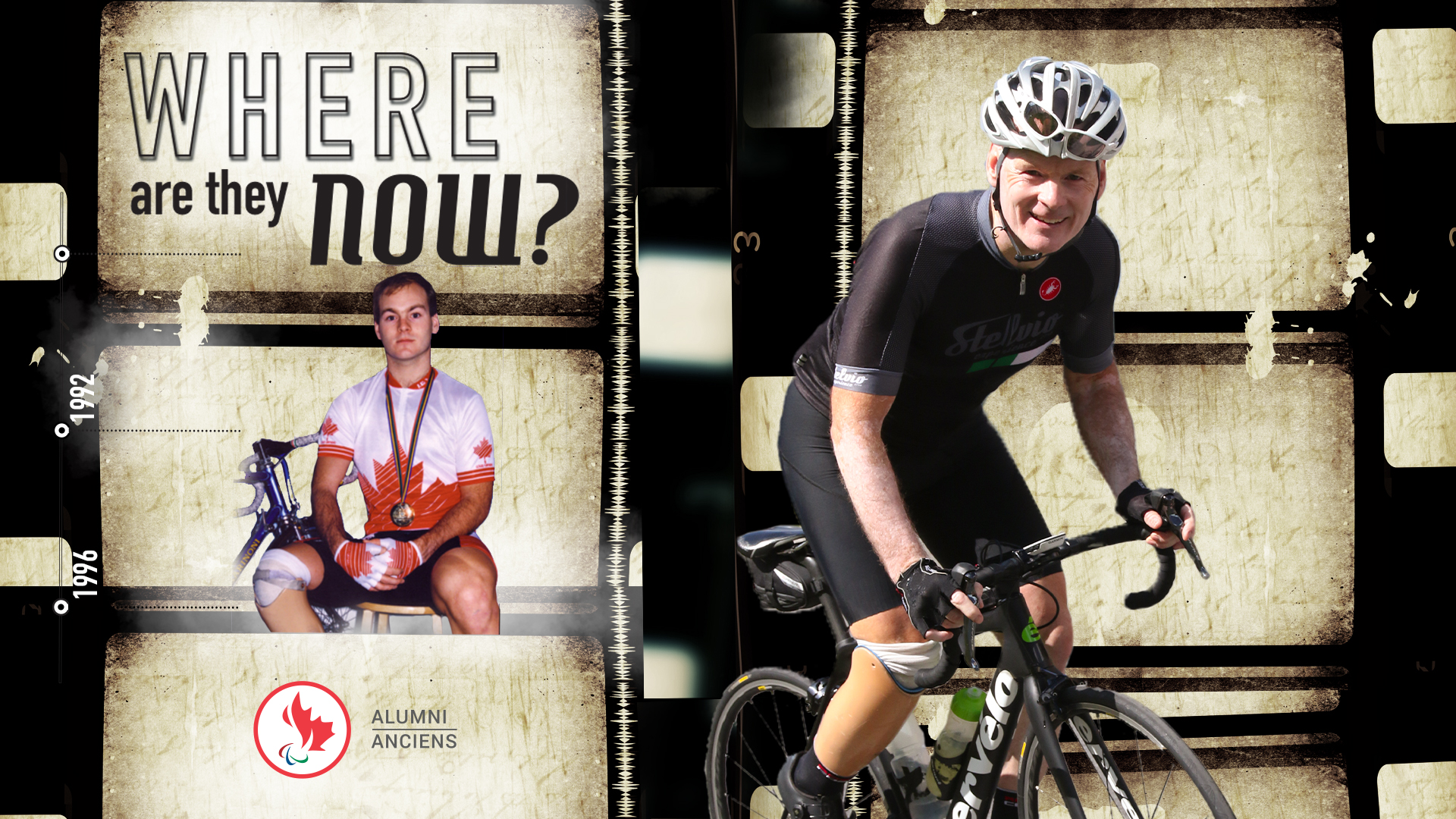