August 28, 2020
Haley remembers the teamwork needed from all over the world to make the Games a success

TORONTO – Swimmer Andrew Haley credits the inspirational work by his teammates for keeping him connected to the Paralympic Movement.

“It seems to be a swimmer thing,’’ he said. ‘’Like catchers in baseball become managers, swimmers become leaders in the community trying to push forward. When I see what my former swimming teammates are doing it’s clear that as athletes, we have a responsibility to be involved and be role models.”

Haley specifically pointed out the contributions of Stephanie Dixon, Canada’s chef de mission for the Tokyo Paralympics, Benoit Huot, just named for the same role for the 2022 Commonwealth Games, and Chelsey Gotell, president of the IPC’s Athletes’ Council.

“The Paralympian connection goes deep. You see people who deal with disability who don’t have any excuses. They just do it. That’s a very big thing. There are very big obstacles right now for all of us, but for people with a disability that’s our life. We deal with that all the time.’’

But it’s more than the medals that stand out in his Games memory. It’s the teamwork that’s needed from all over the world to make the Games a success. He is particularly amazed by the dedication of volunteers.

‘’We had a driver who never got to see an event, but in his mind transporting the athletes safely to their venues was worth his two weeks off work. He was honoured to see what others don’t see such as the private moments of athletes after a race.’’

‘’I like giving back as much as I can,” said Haley, whose right leg was amputated above the knee due to cancer as a child. “It was such a great honour to go back to Nova Scotia and helped introduce people with disabilities to our sports.’’

Haley currently resides in downtown Toronto with his wife Renata and two children, Kristen, 7 and Kristopher, 3. He works for Metrolinx where he is the Manager, Business to Business Sales.

‘’It’s a great position for me and uses my strengths from my professional and athletic world,’’ said Haley, who joined Metrolinx this past November after 13 years in ticketing for the Toronto Blue Jays. ‘’We have to set goals, be accountable, and as high-performance athletes we know what it takes to get to the promised land.

‘’That’s the same mentality I take into my job every single day. My motto is ‘be better than I was yesterday and be better tomorrow than I am today’.”

With his postcard picture view of the CN Tower and Rogers Centre outside his home office window, Haley sees no limits to what we all can achieve. 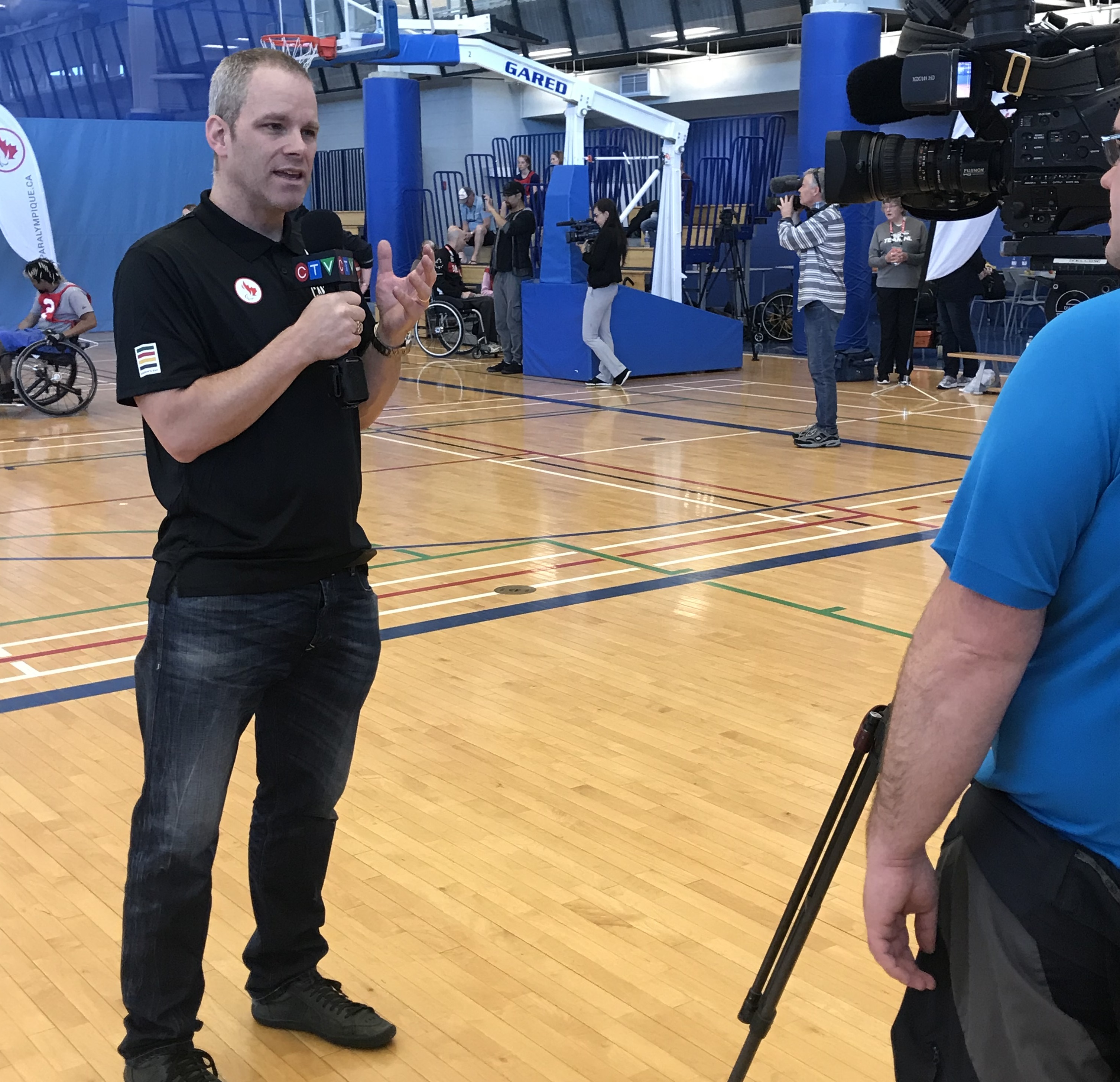