Rewind Feature Series: Being Canada’s flag bearer at the Paralympic Games an honour

Gary Longhi, the champion Para cyclist who recently passed away at age 56, was actually hesitant about leading the 166-member Canadian Paralympic Team into Sydney’s Olympic Stadium because of his impairment.

But as Para cycling team leader Louis Barbeau recalls, Longhi was a wonderful choice for the role 20 years ago. And just as the three-time Paralympic medallist approached his sport, he took the job seriously.

“It was an honour he deserved since these were his fourth consecutive Games,’’ said Barbeau. ‘’And we can see that the way he waved the flag when he entered the stadium, it was really magical. After the Australians, I think Canada got the biggest ovation.”

The Sydney 2000 Paralympics capped a great competitive career for Longhi, who had cerebral palsy. The road cyclist also competed at the Games in 1988, 1992 and 1996, winning gold and bronze in Atlanta and silver in Barcelona.

The Montreal native was the first Paralympic athlete to be inducted into the Canadian Cycling Hall of Fame in 2017.

Visually impaired swimmer Donovan Tildesley of Vancouver also competed at four Paralympic Games, between 2000 and 2012. He collected two silver and three bronze medals and still holds the world record in the S11 1500m freestyle set in 2008 at a meet in his hometown.

And in 2008, he was Canada’s flag bearer in the Opening Ceremony. He remembers the day he was told in Beijing he would hoist the flag. Adored by his teammates for his sociability and humour, he was surprised by the announcement.

‘’It was emotional, I was choked up,’’ said the now 36-year-old insurance salesman. ‘’I had to make a joke to stop me from crying. I never won any gold medals at the Paralympics so having a chance to carry the flag was as good if not better than a gold medal.’’

In the Opening Ceremony he wanted to send a message.

“I really wanted to walk into the stadium as a blind person,’’ he said. ‘’I wanted them to see me with a white cane which I had in my right hand, and a very heavy flag in my left hip. My dad [also his coach] had his hand on my shoulder to steer me in the right direction.”

It’s clear that leading their teammates into the Opening Ceremony is a crowning achievement in an athlete’s career – and finding out who the flag bearer will be remains one of the most anticipated moments of a major Games. 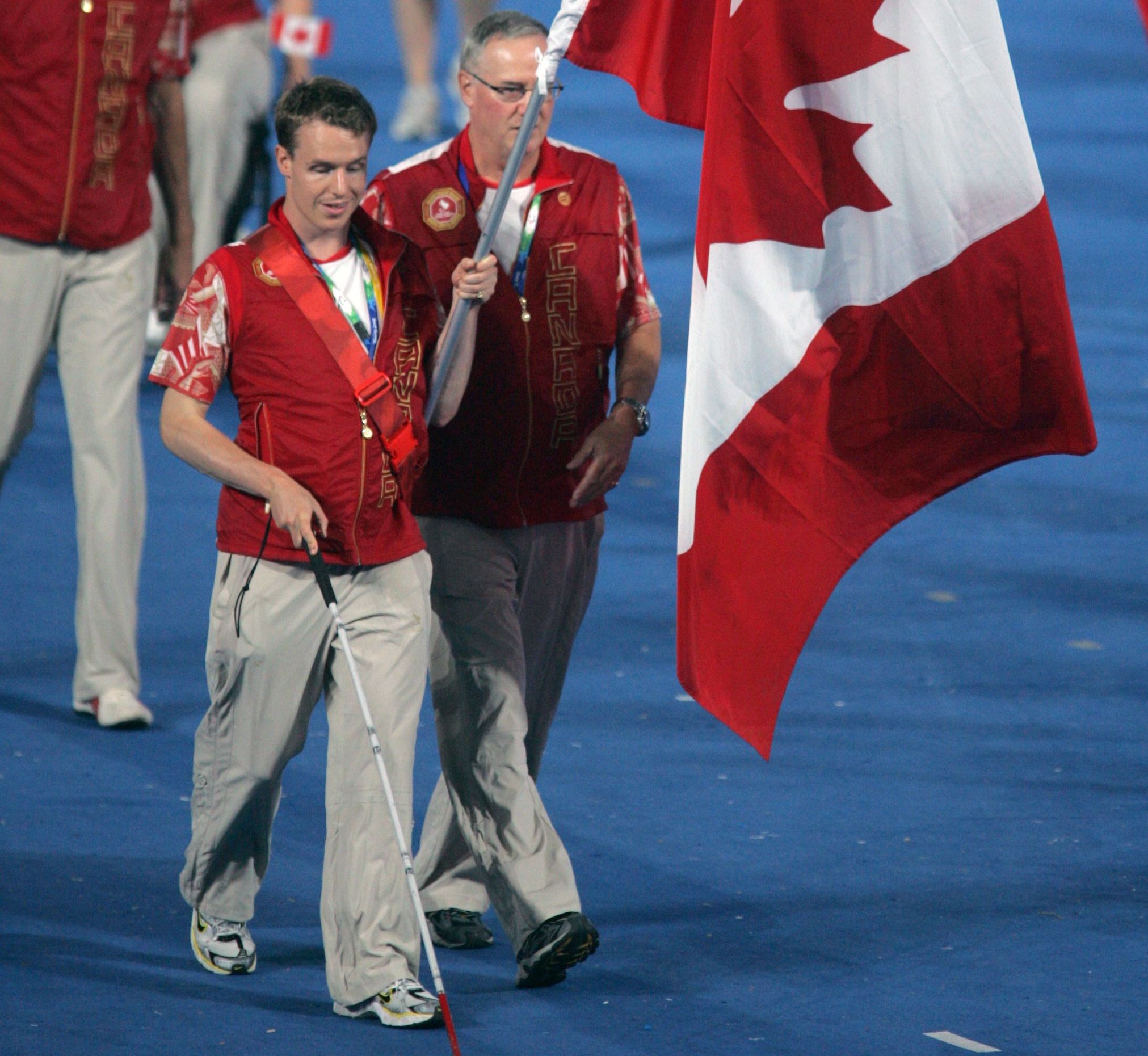