VANCOUVER – Richard Peter loved his Paralympic Games experiences so much that he made a return to high-performance sport in recent years.

He is also a revered member of the Cowichan Tribes of British Columbia and won the Tom Longboat National Award for Aboriginal Male Athlete of the Year twice.

“It’s always tough to answer a question about your favorite memories or Games,” said Peter, injured in a bus accident at age four. “Each one is unique. Sport allows you to travel, meet new people and cultures. Our first gold in Sydney was special and that was enhanced by the gold for the women as well.”

His number-one advice to new athletes: participate in the Opening Ceremony.

“I always try to reiterate that with the coaches,” he said. “I know at times that can be a tough scenario, but every athlete should go. You feel great to represent Canada and enter the stadium with your teammates with all the fans.

And Peter’s competitive career may not be over yet. In 2017, he started playing Para badminton. With his polished wheelchair moves, he developed into one of the top players in the country.

“I just happen to enjoy all kinds of sports,” said Peter, who also practices wheelchair tennis, handcycling and adaptive mountain biking. “In Para badminton I was initially called upon to help recruit more players. I was successful in that but decided I could play as well. I was able to make the national team, which was never my goal.”

“It was really neat to see our team experience their first Games,” Peter said. Para badminton was making its Games debut in Lima. “My younger teammates were quite impressed that so many people knew me at the Village and venues whether it was other athletes, coaches and staff from Canada and other countries.”

Another memorable Games moment for Peter was when the men’s wheelchair basketball team, in its entirety, cheered him on at one of his Para badminton matches in Lima.

Peter, who has not made a decision on his future in competitive sport, currently works for Praxis Spinal Cord Institute. Headquartered in Vancouver, the not-for-profit organization collaborates with international organizations on spinal cord research, innovation, and care. Its Board includes Senator Chantal Petitclerc, multiple Paralympic Games wheelchair racing champion.

Peter has been quietly working inside the spinal cord injury research domain for years and bringing attention to the plight of Aboriginal people afflicted with the injury.

Combined with his influence in the Para sport world, Peter has been a brilliant success on and off the court. 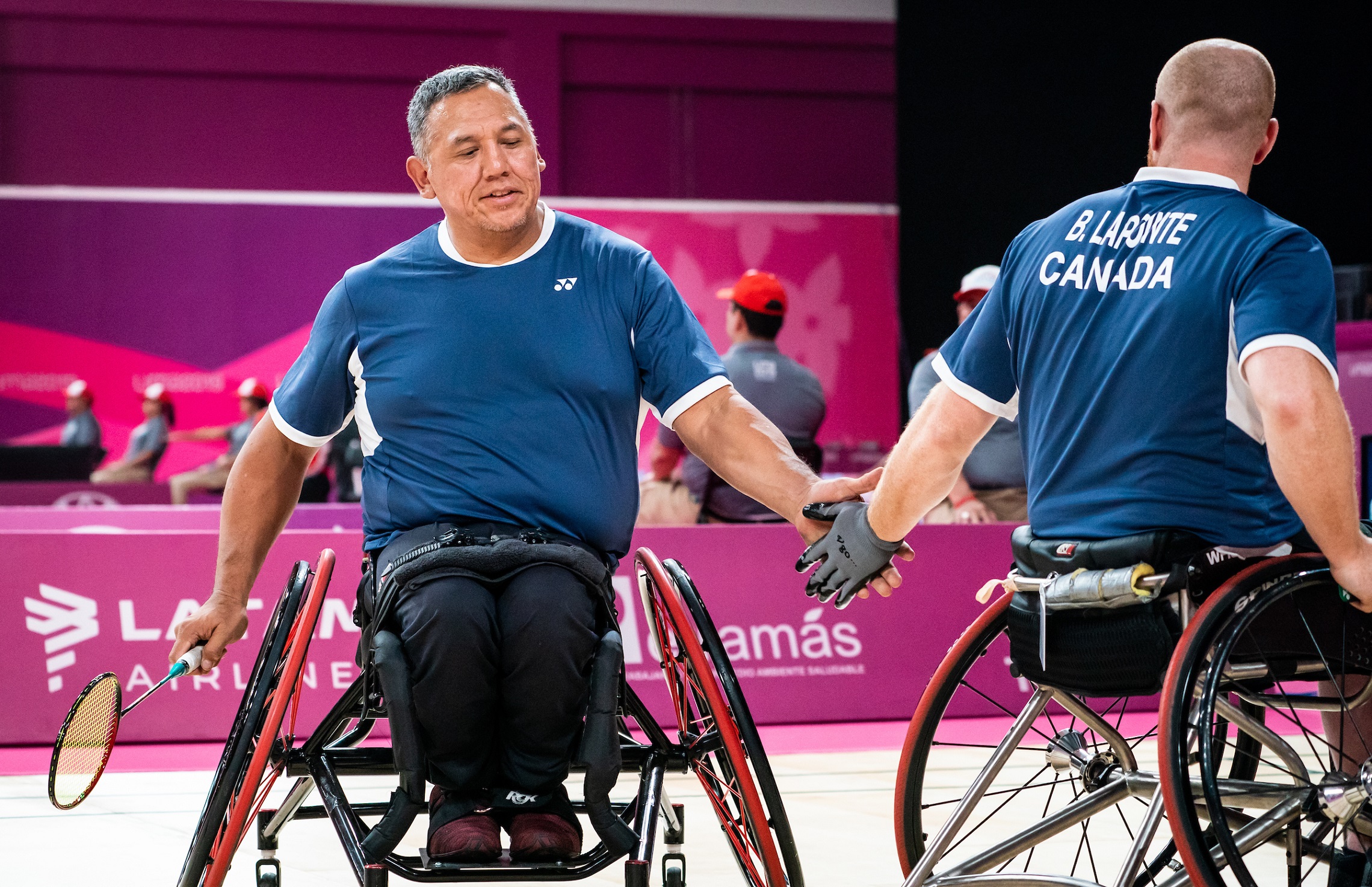