It’s been a quick ascent to the podium: Shaw only started competing in 2017. “I never thought I’d be on the world stage in my first year of competitive racing,” she said.

Her athletic dreams weren’t always about cycling. Growing up, she was active in volleyball, badminton and motocross racing. She excelled at hockey and planned to pursue it at a high level.

In 2009, while doing farm chores on horseback – something she had done many times before - her horse took off in one direction and she fell hard to the ground.

Everyone assumed the then-15-year-old had a concussion, but tests showed she had broken a blood vessel in her brain. Shaw spent days in a coma in a Regina hospital and months in intensive physical rehabilitation programs. Even with consistent therapy, the left side of her body remained partially paralyzed.

Everything was suddenly different. “Being a 15-year-old girl can be pretty challenging at the best of times, let alone when your whole world is flipped,” Shaw said.

During recovery, “I had an identity crisis,” she recalled. “I couldn’t play high-level hockey anymore and I knew that I probably never would since half my body didn’t work quite the way it should.”

Shaw discovered cycling as a way of commuting in 2013 while she was a student at the University of Saskatchewan. She loved it and thought this could become a new competitive sport for her. As a gift to herself for finishing her Bachelor’s degree, she bought herself a decent road bike.

“Once I stepped on that good bike, it’s like a switch went off. Seeing what your body is capable of, especially when you’ve been in a situation where your body doesn’t really work, was life changing.”

The progression from recreational cyclist to Team Canada Next Generation Team member was also quick – and expensive.

“When I first decided I wanted to chase this dream, I was one year out of university and getting ready to start my Master’s degree. I didn't have the funds to pay a coach or buy the equipment necessary to train at a high level,” she said. “NextGen funding from the ImagiNation campaign eliminated that barrier and allowed me to pursue cycling while maintaining my education.”

“Things tend to get more complicated for Para athletes,” Shaw added.  “We need specific alterations in equipment or help from specialized professionals.  The funding I have received has allowed me to access the equipment I need to race safely while continuing my education and decreasing my financial stress.”

Shaw’s goals are clear: getting to the Paralympic Games is the first step, and she’s aiming even higher.

“I want to win gold medal at the Paralympics, and I want to set a world record,” she said confidently. 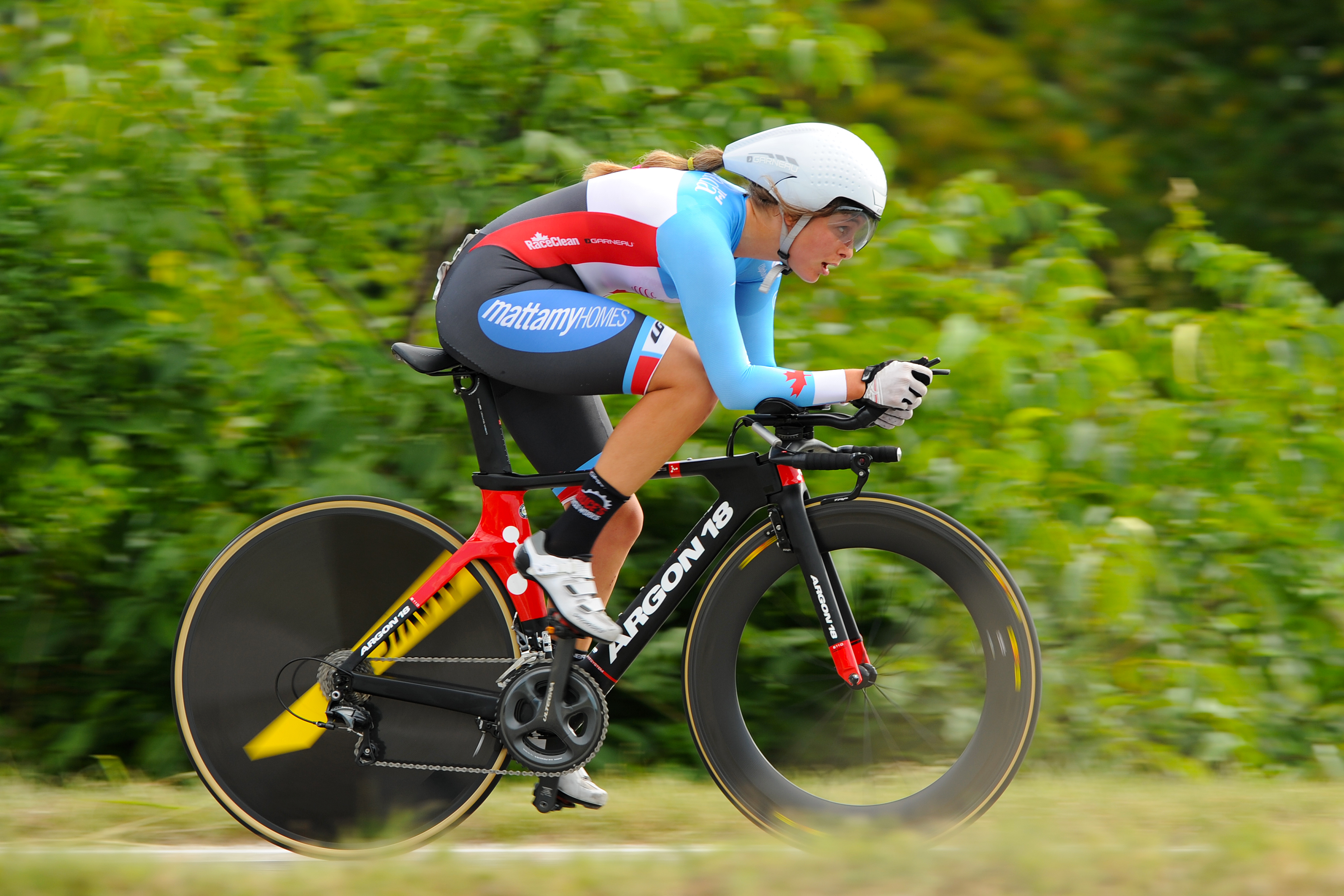