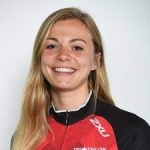 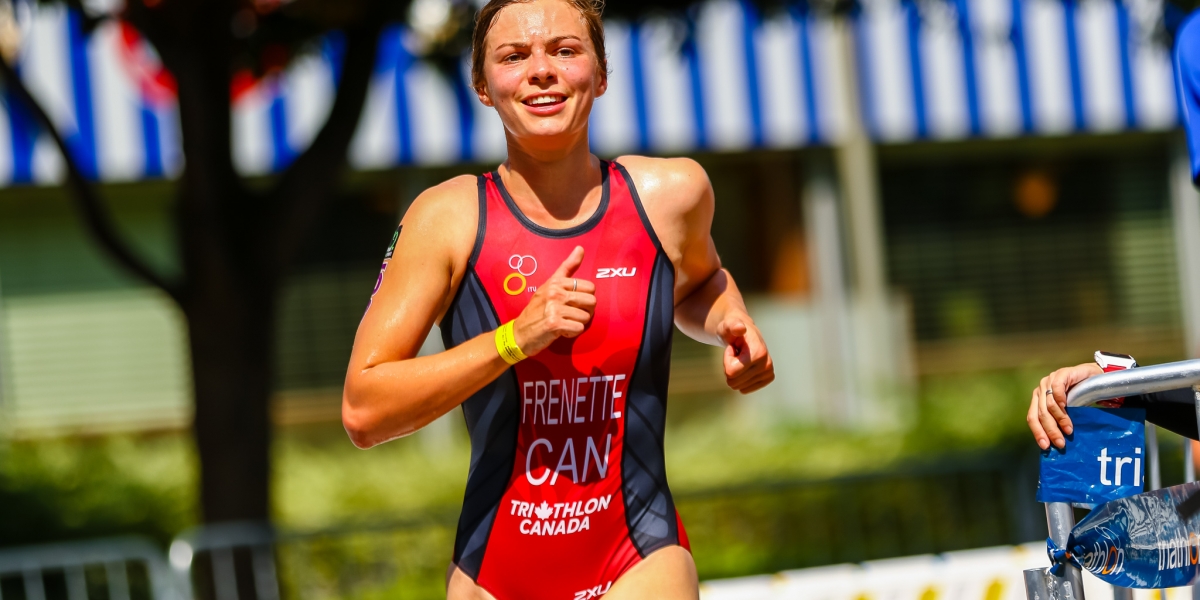 Kamylle Frenette kicked off the all important 2021 season with a bronze medal at World Cup event in Spain. It was her first race in 21 months due to the pandemic. A frontline worker during the pandemic, the pharmacy student has been delivering COVID vaccinations in Nova Scotia while continuing her training and preparation for the Paralympic Games.

As a young child, Frenette regularly watched her dad competing in triathlons. Once turning 16 she decided to give it a try herself and began training and racing with him locally in New Brunswick.

Frenette raced sprint distances until she was 18 when she competed in her first Ironman 70.3 in Calgary. She began focusing on her running with the Université de Moncton cross country team from 2014-2018.

She was approached by Triathlon Canada’s Para head coach, Carolyn Murray, to join the sport in December 2016. She enjoyed immediate success in her rookie season on the international stage in 2018 where she won a Para triathlon World Cup race, finished second on the World Para triathlon Series in Edmonton before a fourth-place finish at the Grand Final. She added another World Cup victory to her resume in 2019 on home soil in Magog, Que.

Outside of sport, Frenette graduated in 2018 with a biology degree from Université de Moncton.