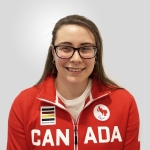 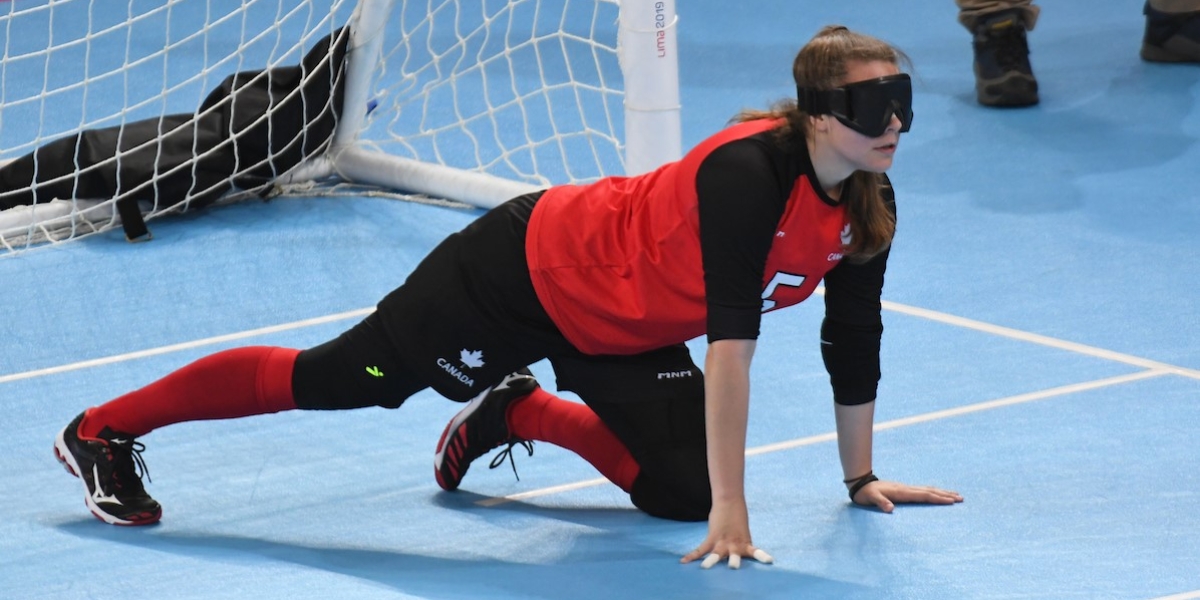 Emma Reinke wears number five and plays the position of left wing for the Canadian women’s goalball team. The team secured a spot for the 2020 Paralympic Games when China defeated South Korea in the semifinals at the Asia-Pacific Championships in Chiba, Japan in December 2019.

As a member of the junior Canadian team in 2015, Reinke won gold at the 2015 IBSA World Youth and Student Games.

Born prematurely, Reinke was diagnosed with Retinopathy of Prematurity due to mom's Lupus nephritis. Reinke was introduced to the sport of goalball in grade nine gym class while attending W. Ross Macdonald School for the blind in Brantford, ON. At school in 2014, Reinke was asked if she would be interested in playing for Team Ontario’s junior team. One year later she was asked to join the senior team and before she knew it, she was also playing for Team Canada.

Currently Reinke is focusing on her goalball career, studying at Carleton University, and working as a barista at Starbucks. In the future, she would like to work in the field of environmental studies. In addition to her goalball talent, Reinke has an ear for music and an incredible singing voice. She sung Broadway musicals in high school and is currently learning how to play the piano.

Lives in Ottawa… Studying at Carleton... Works as a barista at Starbucks… Has an ear for music and excellent singing voice… Loves bird watching/listening, music and drawing.  Hopes to pursue environmental studies in the future… Attended W. Ross Macdonald High School in Brantford, ON… Was born with Retinopathy of Prematurity due to mom's Lupus nephritis…