September 26, 2022
Canadian Paralympians score in the boardroom as well

OSTRAVA, Czechia – Canada’s Para ice hockey team sharpened its game this weekend before its big showdown against USA on Tuesday.

“This was another good win for us, and we will enjoy it, but we know we have a tough opponent coming up,” said Canada’s Liam Hickey of St. John’s N.L. after Sunday’s win. “We need to reset and refocus and get back to what we do best in order to be ready for USA.”

Hickey, a member of Canada’s Paralympic Games silver medal winning teams in 2018 and 2022, scored twice in both games.

The Americans, winners at the last four Winter Paralympics, beat the International Team 9-1 and the Czechs 10-0.
Tuesday’s game between Canada and the U.S. is at 10 a.m. (ET) and can be streamed here.

Sitting volleyball player Peters, a Paralympian at Rio 2016 and Tokyo 2020, was elected to the World ParaVolley Athletes’ Commission. She and Sadegh Bigdeli of Iran beat out two other candidates in a global poll.

“I am very honoured to be elected as the fifth member of World ParaVolley Athletes' Commission,” Peters said. “It means a lot to me that my fellow athletes trust and support me to represent them. I am excited to be a voice within our organization and to help grow the sport of Para volley.”

Canadian Paralympic silver medallist José Rebelo is the outgoing chair of the World ParaVolley Athletes' Commission, with the panel expected to choose a new leader. 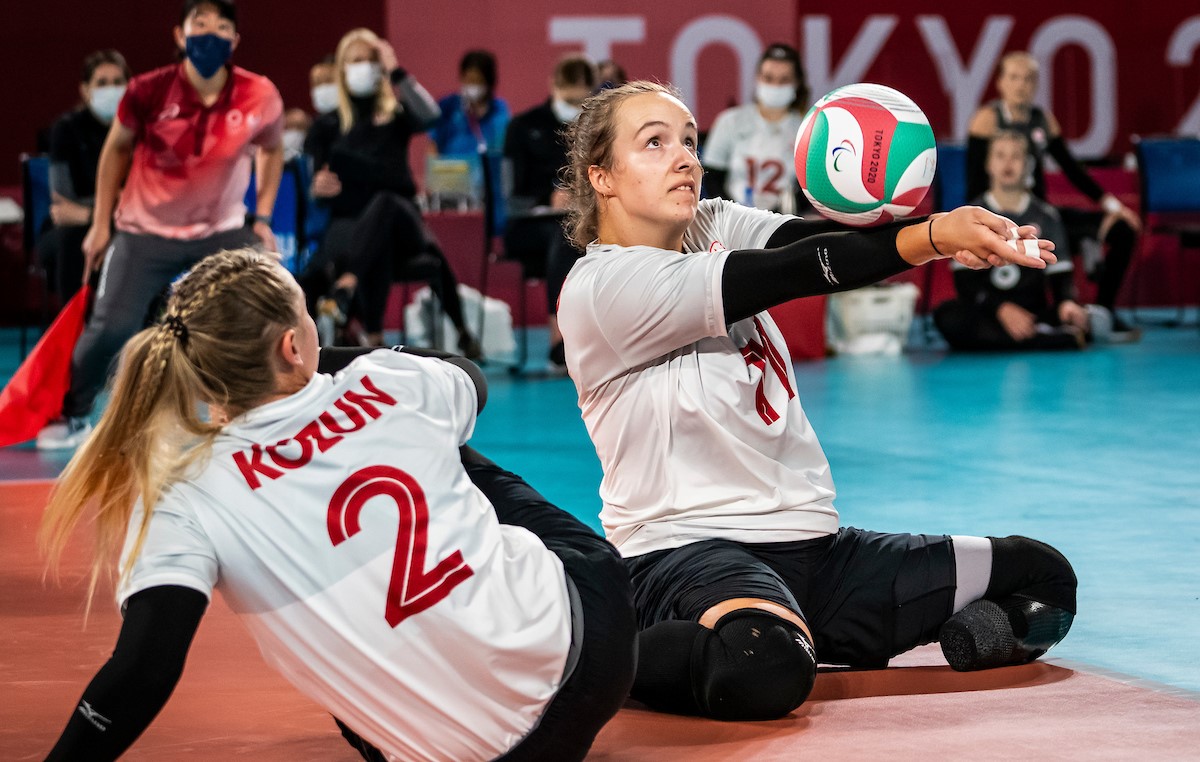 Kit, a coxswain who is the only rower to have won a medal at both the Olympic and Paralympic Games, was elected to the World Anti-Doping Agency’s (WADA’s) newly formed Athlete Council.

“The best version of our aspirations should be supported, which is why I would like to passionately add my voice to the WADA Athlete Council in support of education (both preventative and how dangerous doping can be) and the upholding of clean sport principles,” said Kit.

Wheelchair curler Collinda Joseph, Para canoeist Brianna Hennessy, and goalball player Amy Burk were among local Paralympians and Olympians recognized this past Saturday at the Ottawa Redblacks game against the Toronto Argonauts.

In addition to being introduced to the crowd during the game, the athletes spent time mingling with fans and signing autographs.