The defending champion in the men’s C2 15km scratch race, Chernove had to settle for silver this time around, finishing behind Spaniard Maurice Far Eckhard Tio. Near the conclusion of the 60-lap race around the velodrome, Eckhard Tio held the lead, with Chernove sprinting hard to the end to take silver over third-place finisher Alexandre Leaute of France.

“I feel like I could have defended in that race,” Chernove said. “I feel like I had more to give but it was a great race, I stayed safe and there was a lot of hard racing.”

“There’s always some amount of regret unless you’re on the top step, but it was a great race and I love bunch racing because you just get in the zone and go with intuition. It’s different than racing the clock, you’re reading the race and you’re acutely aware of everything and it brings you into a zone that I really enjoy.”

Chernove’s performance also solidified his position on the second step of the omnium podium, which tallied the results from all four events this week – individual pursuit, flying start, time trial, and scratch race.

A three-time medallist at the Rio 2016 Paralympic Games (gold, silver, bronze), Chernove will go home from the world championships with three silver medals around his neck, following another silver race in the time trial a day earlier. 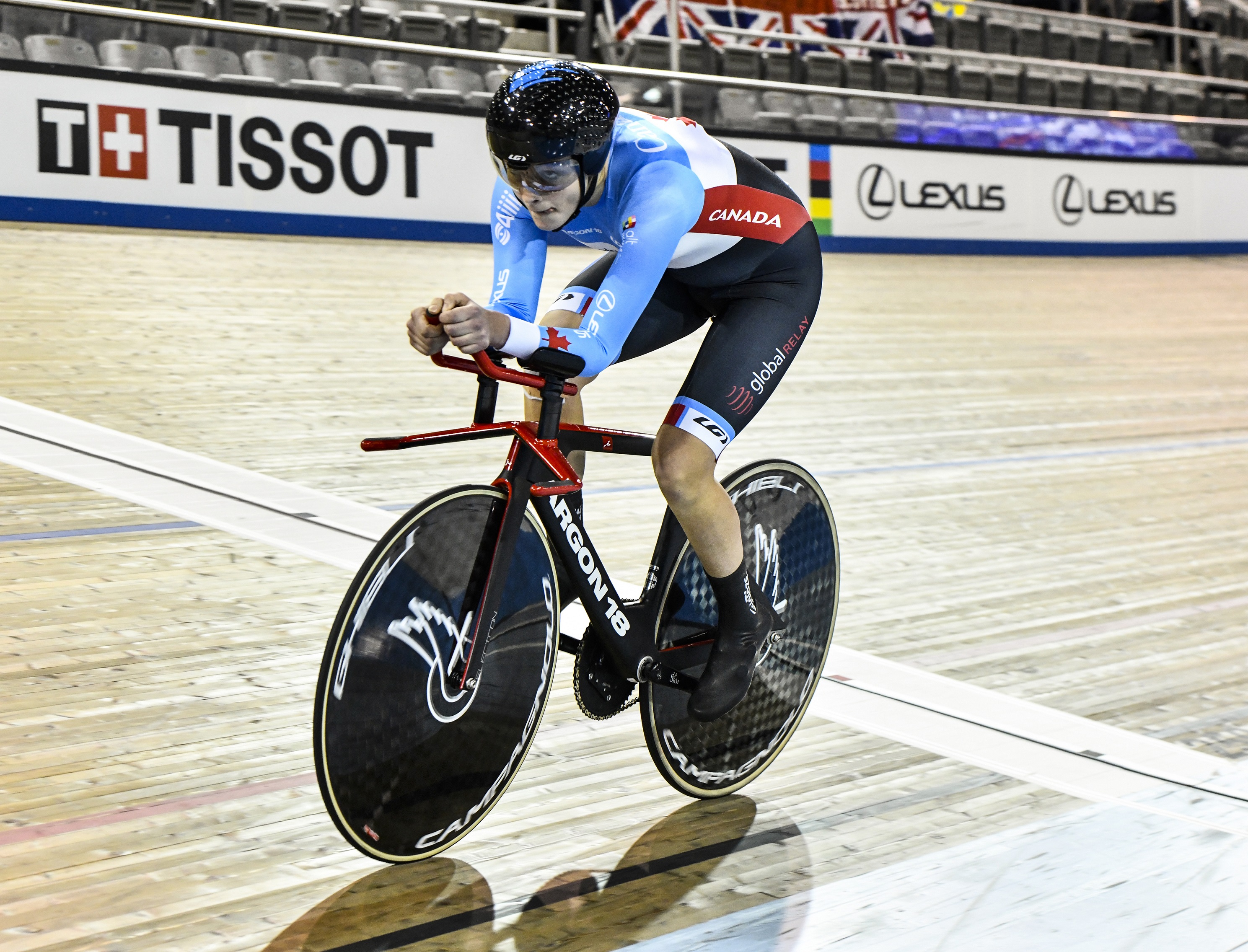 In other Canadian results, Keely Shaw missed the podium in the women’s C4 3km individual pursuit by just seven one-hundredths of a second. She was third through qualifying, and in the bronze-medal race she and American Shawn Morelli matched each other pace-for-pace with Morelli just barely crossing the line first.

In the men’s tandem 1km time trial, Lowell Taylor and pilot Ed Veal finished 15th overall but did it in a national record time of 1:04.722. Taylor is making his world championships debut in Milton, and this is the first competition in which Lowell and Veal are racing together.

Ross Wilson was still in contention for a medal in the men’s C1 15km scratch race when a crash took him out of contention with just five laps left. And wrapping up competition on the day, Marie-Claude Molnar raced in the women’s C4 10km scratch race and finished fifth.

Competition at the Mattamy National Cycling Centre in Milton, Ont. – just outside of Toronto – will conclude on Sunday, with Taylor and pilot Veal the only Canadians in action. Tickets are available for $8 at 2020uciparatrack.com.

Viewers will be able to follow the action via the free CBC Gem streaming service, cbcsports.ca, the CBC Sports app for iOS and Android devices, and CPC Facebook page, as well as the Radio-Canada Sports app and radio-canada.ca/sports. The live streaming covers all finals and will commence at 12 p.m. ET on Sunday. For the compete live stream schedule please visit Paralympic.ca/paralympic-super-series.

For the complete results, visit: https://tracktiming.live/eventpage.php?EventId=2003.