Currently ranked No. 2 in the world in the 52kg category, Gagné is set to compete in her second Paralympic Games after finishing fifth in her debut at Rio 2016. In 2018, she became the first Canadian woman to podium at the Para judo world championships, winning a bronze medal. She is also a two-time Parapan Am Games silver medallist (2015 and 2019).

“It’s been my dream to compete in the Paralympics ever since I was a 10-year-old child and to be given the honour of flag bearer is beyond anything I could have imagined,” said Gagné, now 35. “For me it represents unity within diversity, it represents strength and resilience, and it represents a hope for something greater than what we have. I really hope that for kids living with disabilities, this inspires them to never stop dreaming, to never listen to somebody who tells them no, and to stand together with people who believe in them.”

From Sarnia, Ont. but now based in Montreal, Gagné will be supported in her flag bearer duties by training partner Laurie Wiltshire.

Competing in Para judo, a sport for athletes with a visual impairment, Gagné will be hitting the mat in Tokyo on August 27. It will be her first competition in nearly two years. In her most recent events, in January and February 2020, she took gold at the Pan Am Championships and bronze at the German Open. Later in the year, she recovered from hip surgery and has maintained training despite limited opportunities to spar with opponents.

“The biggest congratulations to Priscilla on being named Canada’s flag bearer for the Opening Ceremony!” said Stephanie Dixon, chef de mission, Tokyo 2020 Canadian Paralympic Team. “Priscilla’s passion and excellence on and off the mat is immeasurable and this honour is well-deserved. She will be an incredible ambassador for Canada at the Games, and I know our entire team will be proud to have her lead the way at the Opening Ceremony.”

Audiences across the country can tune in to the Opening Ceremony live on August 24, airing on CBC/Radio-Canada at 7 a.m. ET / 4 a.m. PT. The ceremony will also be rebroadcast in the evening.

The Tokyo 2020 Paralympic Games takes place August 24 to September 5, 2021. Canada will be represented by 128 athletes, including guides, competing in 18 sports. 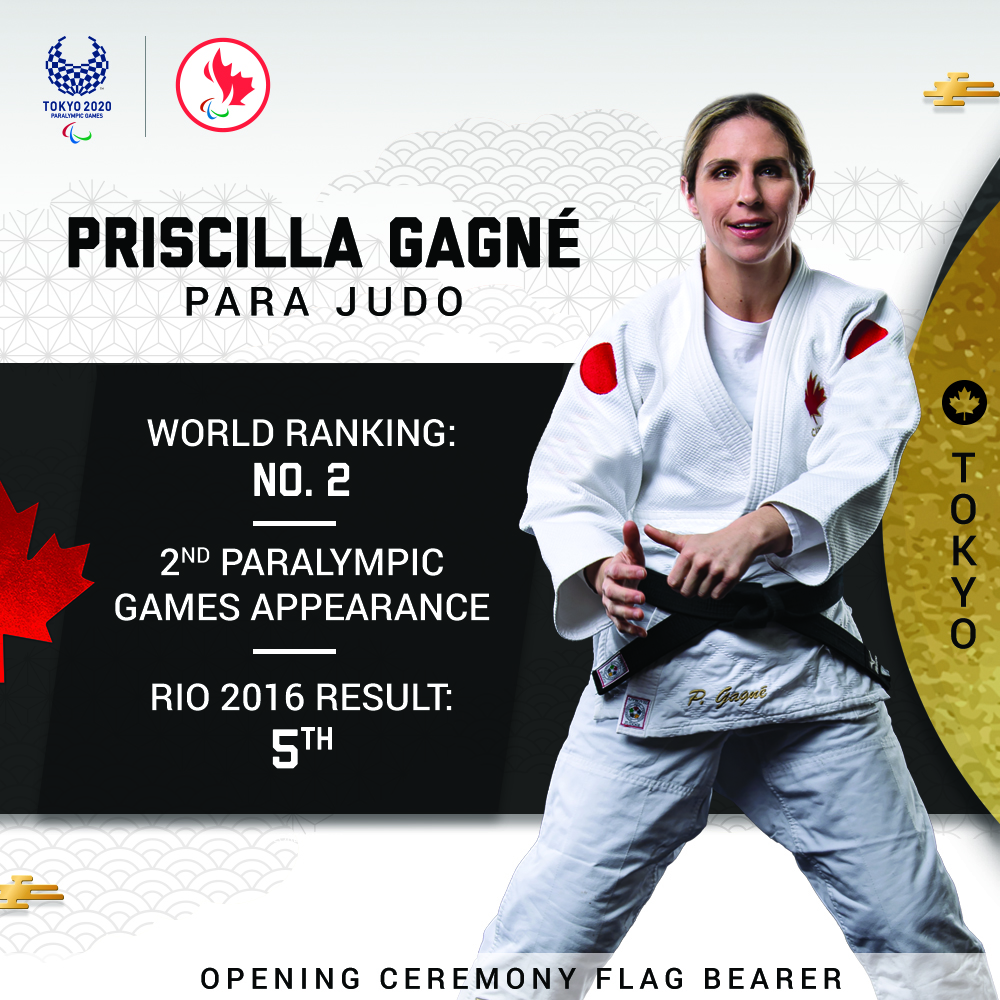