OTTAWA – Canada will be represented by seven athletes, including six Paralympians and four Parapan Am medallists, in the sport of boccia at the Lima 2019 Parapan American Games, the Canadian Paralympic Committee and Boccia Canada announced today.

Alison Levine is the highest-ranked member of the squad, currently sitting at world No. 3 in the individual BC4 category. A Rio 2016 Paralympian, she won a silver medal at the Toronto 2015 Parapan Am Games in pairs alongside Marco Dispaltro.

Dispaltro, a Paralympic bronze medallist, will be making his third Parapan Am Games appearance. He medalled at each of the previous Games, an individual silver at Guadalajara 2011 and pairs silver with Levine at Toronto 2015.

Three athletes will be making their Parapan Am debuts – Iulian Ciobanu, Philippe Lord, and Marylou Martineau. Eric Bussière and Hanif Mawji round out the team, with both owning hardware from Toronto 2015.

“I’m really looking forward to the Parapan Am Games in Lima,” said Levine. “Being that only the top four teams in the Americas are invited it will be a great opportunity for us to compete in a small yet challenging competition. The atmosphere at a multi-sport Games is always really positive so I’m looking forward to having fun with my teammates while bringing home some medals.”

Boccia is one of two Paralympic sports that does not have an Olympic equivalent. Similar to lawn bowls, it requires strategy, focus, and consistency. Athletes are classified into one of four different categories based on their level of mobility and competition includes individual, pairs, and team events.

“Congratulations to all of the boccia players selected to represent Canada in Lima and welcome to the team!” said Stephanie Dixon, chef de mission of the Canadian Parapan Am Team. “This is a talented and hardworking group of athletes and I can’t wait to cheer them on at the Games in this unique sport that keeps you on the edge of your seat! I know Canada will be proud of what they accomplish in Lima.”

The team will be joined by four competition partners, who assist the athletes on the field of play: Hussein Mawji, Francine Hébert, Gaétan Lord, and Josée Duquette. Mario Delisle will sit at the helm of the team as head coach.

“The Parapan Am Games is very important for us as it is one of the last events for Tokyo qualification,” Delisle said. “We are sending our best athletes to Lima, each of whom has the potential to make the podium, and who could all be competing in Tokyo next year as well. We will be ready to compete at a high level in Lima and look forward to putting forth strong results.”

Boccia action at the Games will run from August 29 to September 1.

The Lima 2019 Parapan American Games will take place August 23 to September 1 in Peru and will surpass Toronto 2015 as the largest Parapan Am Games ever with a record 1,850 athletes set to participate. Canada is expecting to send a team of approximately 152 athletes and competition partners in 13 sports. The Canadian Paralympic Committee will announce the official full team heading to the Games later this year. 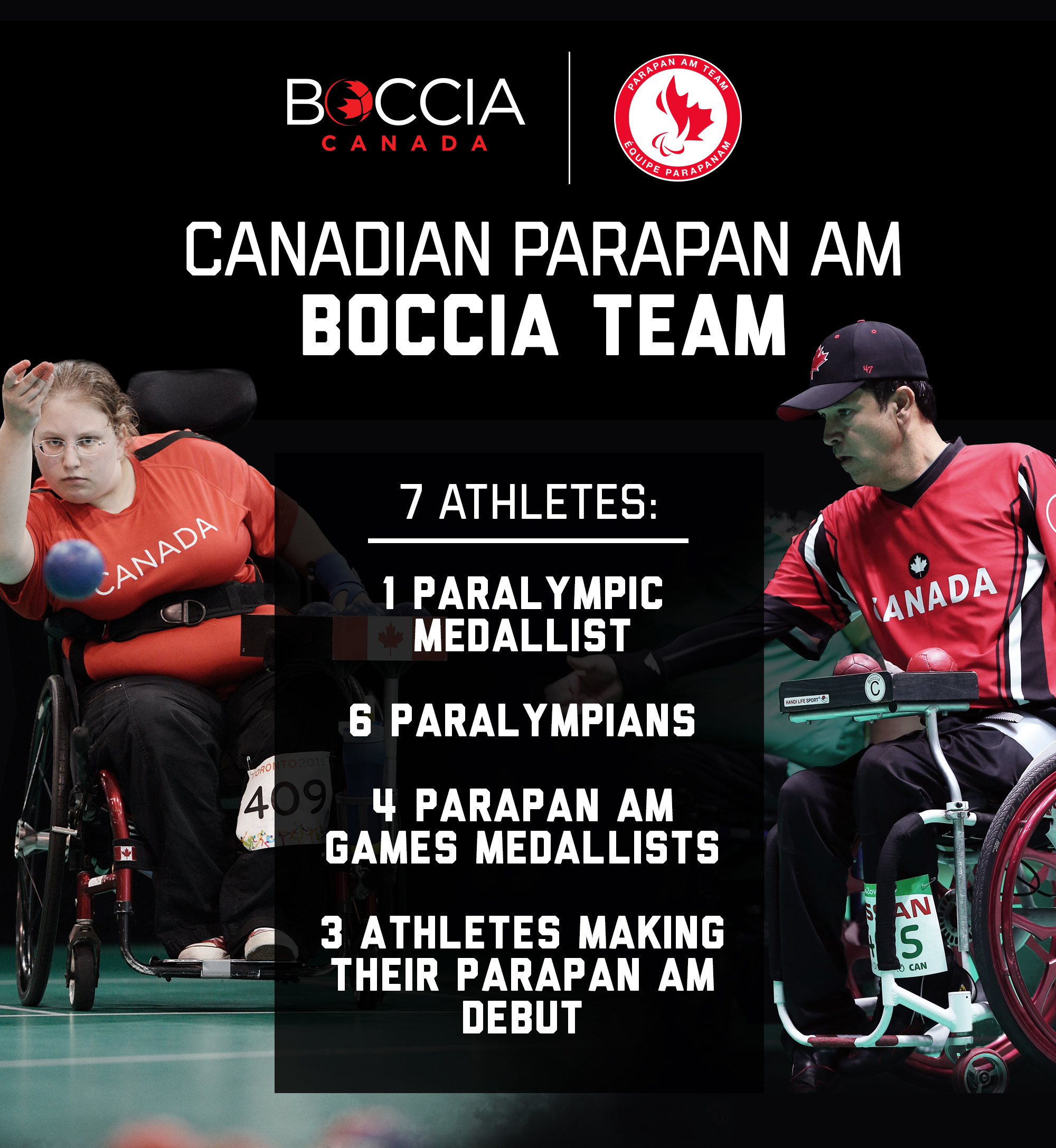