May 29, 2019
"I don’t know if I’d be at this level without being able to do all of that extra training and to have the right equipment."

OTTAWA – The right equipment. Travelling to tournaments around the world to challenge yourself against the best in the sport. Having access to top-tier coaches and sport scientists.

It takes a lot of resources for an athlete to take the next level in sport.

This support of Next Gen development was celebrated in Ottawa on Tuesday, as the Paralympic Foundation of Canada (PFC) marked the successful second year of its ImagiNation campaign. Several members of the Canadian Para sport community, including athletes, coaches, donors, national sport organizations, and partners, gathered at the Senate of Canada to highlight the work that has been done to provide Para athletes with the right tools to reach their potential.

Wheelchair curler Jon Thurston, a recipient of Next Gen funding, was one of the keynote speakers. The 34-year-old, who joined the Canadian national team for the first time this season and competed at the 2019 World Wheelchair Curling Championships, spoke about his pathway in sport and how he has benefited from funding.

“I want to emphasize how important Next Gen funding is,” said Thurston, who hopes to compete at the Beijing 2022 Paralympic Games. “It was unbelievable to have extra practice time, to have equipment, to be able to travel to more competitions. It’s priceless. I don’t know if I’d be at this level without being able to do all of that extra training and to have the right equipment. It’s amazing. It’s huge.”

With a target of investing $10 million into Next Gen initiatives – raising $6 million by 2021 and using $4 million in matching government funds – ImagiNation is a significant contributor to helping Para athletes across the country.

“It seems like just yesterday the Government of Canada made a commitment to match up to $1 million a year to further the development of Canadian Para athletes on the cusp of international success,” said Mike Shaikh, chair of the ImagiNation campaign and a PFC board member. “We were honoured to take up the challenge of raising the required $1 million annually to leverage the generosity of the government. Since the launch of the program we have been thrilled to secure more than $2.5 million in donations and pledges.” 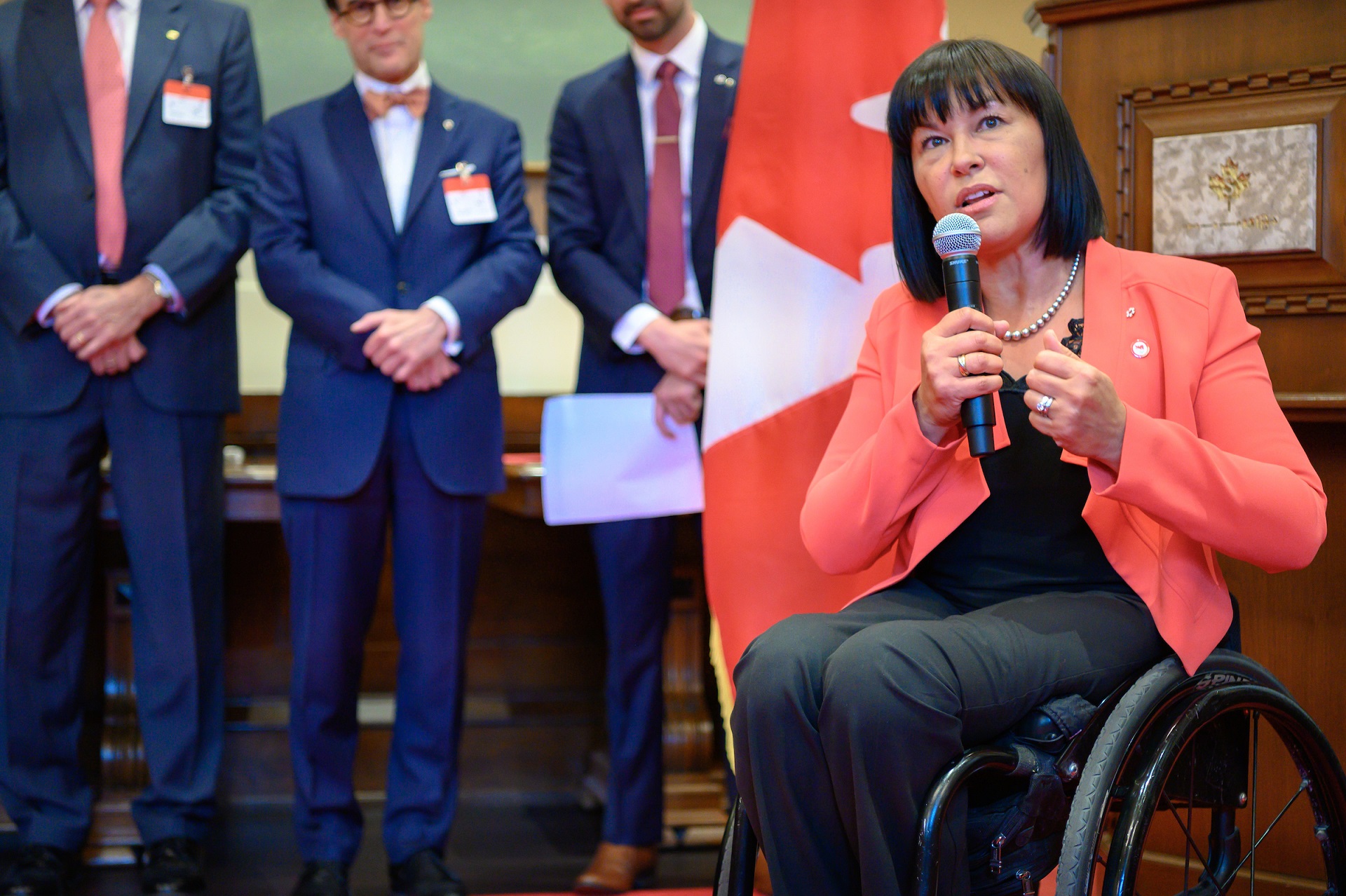 Recently retired Paralympic swimmer Benoit Huot was the emcee for the evening, with other speakers including Senator Chantal Petitclerc, one of the greatest Paralympians in Canadian history, and Minister Carla Qualtrough, a former Paralympic swimmer. Petitclerc reiterated how critical funding like this is for Para athletes, while Qualtrough added how it was fitting to highlight ImagiNation during National AccessAbility Week which promotes accessibility and celebrates the accomplishments of Canadians with a disability.

The Paralympic Foundation of Canada is a charitable organization dedicated to raising money for Canada’s Para athletes and providing more opportunities for Canadians with a disability to be involved in sport.