September 24, 2018
The man in charge of the Canadian Para cycling program is Sébastien Travers

BROMONT, Que. – For a long time Canada’s most productive sports at the Paralympic Games were either Para swimming or Para athletics.

That all changed in 2016 at the Games in Rio, when Canada’s Para cycling squad burst onto the international scene with nine podium appearances collecting one gold, three silver and five bronze.

They haven’t put the brakes on that success since then. Racers such as Tristen Chernove, Ross Wilson and Shelley Gautier have become international stars on the Para cycling scene. The parade to the podium has continued at World Cups and world championships over the past two seasons.

The man in charge of the Canadian Para cycling program since 2016 and national team coach since 2009 is Sébastien Travers. While his own racing career never gained traction, Travers capitalized on an opportunity back in 2006 to get involved in parasport coaching.

He hasn’t looked back ever since. 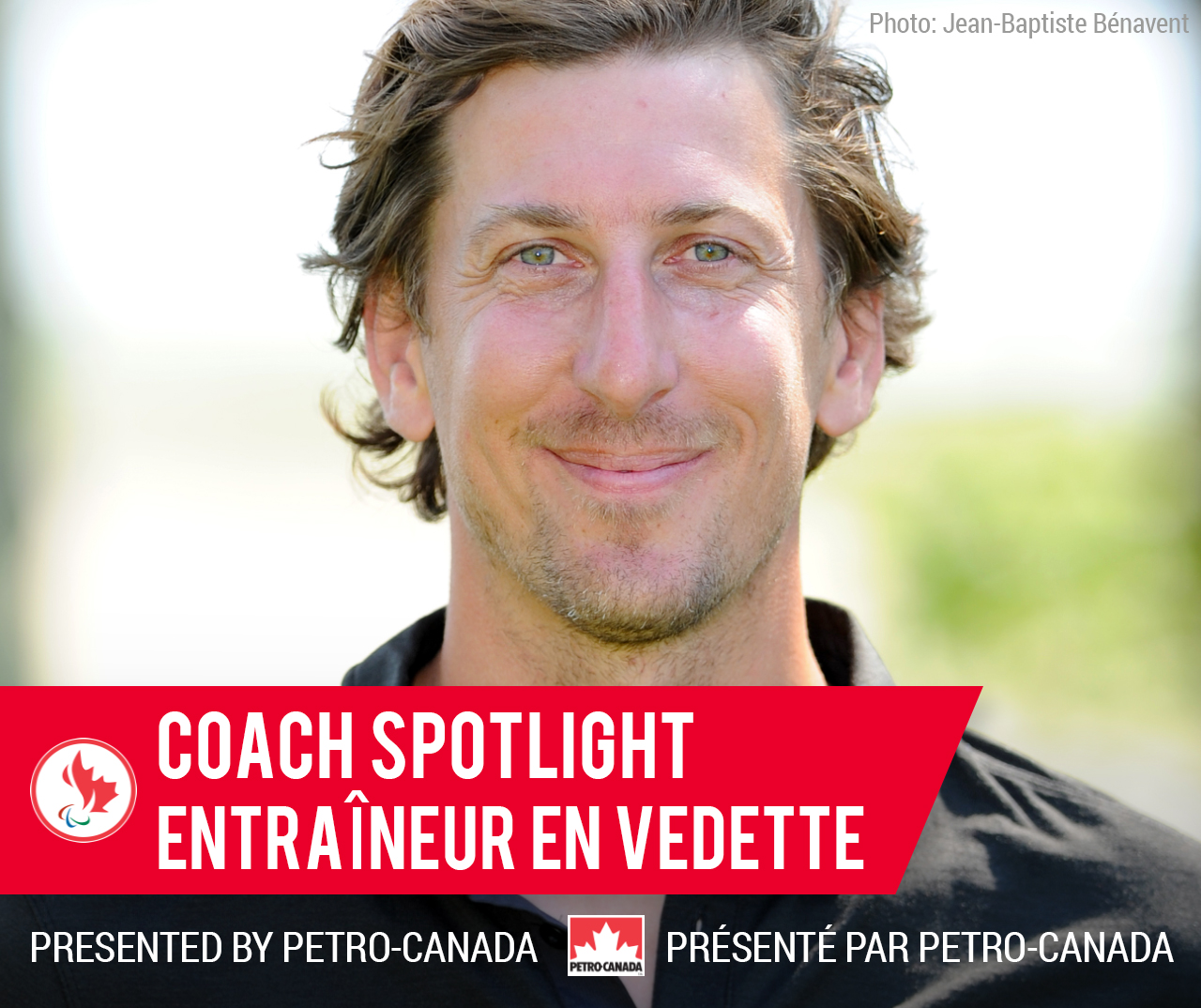 "It was coach Stephen Burke [a national team coach with Cycling Canada at the time] who got me involved,’’ said the 37-year-old Travers. ‘’I was a national cycling coach at Bromont and Stephen arrived with a group of athletes preparing for the Cerebral Palsy Games. So I just helped him out and he eventually asked me to join the Games team. That’s how I got to learn more about parasport.

‘’I was hooked. Each handicap is different which brings more challenges. There’s a lot of variety in the job.’’

Travers is also attracted by teaching, developing tactics, psychology and of course in Para cycling, the whole side of technology in equipment and adaptation. Still he reinforces that coaching para athletes is no different than coaching able-bodied athletes.

‘’You need to keep an open mind and be resourceful,’’ he said. “It’s extremely satisfying to see an athlete who may struggle walking, to reach speeds of 60 kilometres on the bike; they are getting so close to the able-bodied speeds. It takes an entire process to reach that point.’’

Travers and his staff – Phil Abbott for NextGen West and Guillaume Plourde for NextGen East along with team manager Nicholas Vipond – are currently savouring their superb summer road season in 2018.

The national team won seven medals at the Para cycling world road championships last month in Italy including four gold for fifth in the nations standings. The squad put an exclamation point to 2018 with a team record 12-medal haul at the World Cup final in Baie-Comeau, Que.

‘’I’ve been really impressed with how our talent pool has grown since Rio,’’ said the Montreal-born Travers, who read the Coach’s Oath at the 2015 Parapan American Games in Toronto. ‘’Our top Rio athletes have been consistently strong since then and now we have another group that are showing they can be up there as well.

“The key to our success is through our NextGen programs with Phil and Guillaume. Their first mandate is to identify and develop new talent.’’

If recent performances are any indication, it is going to be hard to dislodge Para cycling as Canada’s top medal producing sport at the Tokyo Paralympic Games in 2020.