Coach Spotlight: Communication is the key for Côté

October 23, 2018
Coach Spotlight: Communication is the key for Côté

OTTAWA – Before he became head coach of Canada’s national wheelchair rugby team in 2017, Patrick Côté was already established as an expert in the development and use of data analytic solutions in the sport. His technical understanding of wheelchair rugby was revered internationally.

That might give the impression that Côté heads to the gym every day for practice with a box full of computer data to throw at his players.

However, while you can slice and dice the numbers any way you want, nothing can match talking to each other on a sports team.

’’I am a coach that puts a lot of emphasis on the culture we are trying to create and that is done in consultation with the players and staff,’’ said the 33-year-old Côté, before he left with his troops for an 11-day training camp in Japan, part of an exchange with the city of Misawa in the lead-up to the Tokyo 2020 Paralympic Games. 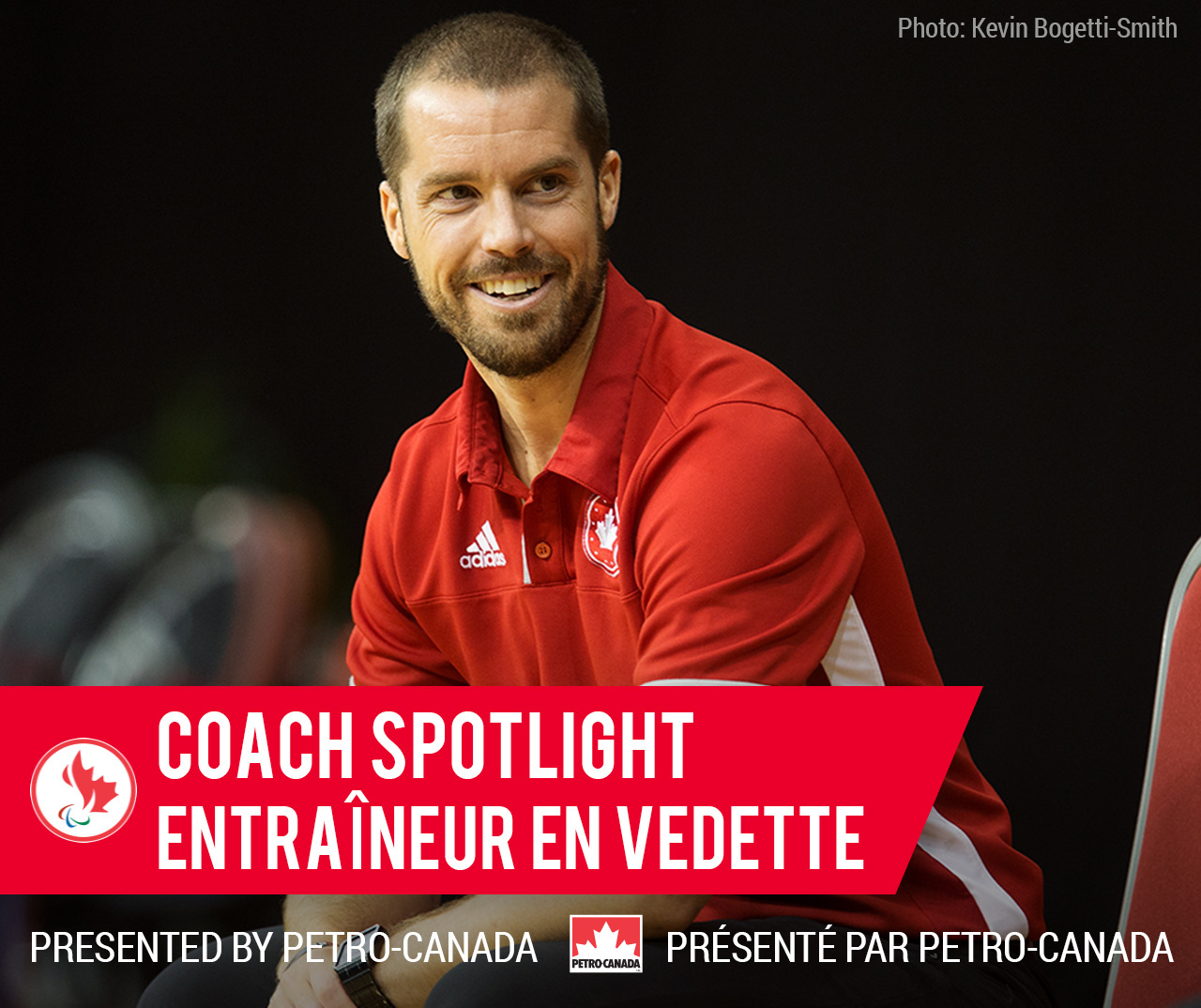 ‘’When we come to a consensus that is a high performance culture we put it in place and we all need to respect it. I function by being in constant dialogue with the players.’’

With only five returnees from the Rio 2016 Paralympics, strong communication between the veterans, newcomers and coaches likely averted disaster at the world championships this past summer where the Canadians finished a satisfactory sixth.

‘’We had a terrible start with losses to France and Poland,’’ said Côté. ‘’We really got back into the tournament through the back door. Our young players brought a new dynamic to the team and we were able to regroup ourselves.’’

As a youngster, Côté was involved in basketball both as a player and a coach. He first got involved in parasport in 2006 with the l’Association Québécois de sports en fauteuil roulant. He worked as a development coordinator and by 2009 he had joined the national wheelchair rugby team program as a manager. In 2011, he was named performance analyst and assistant coach with Team Canada.

As head coach, Côté inherited not only a team in a rebuilding program but one that enjoyed international success for most of this century including medals at three of the last four Paralympic Games.

‘’With a young team you need to find a balance between the immediate result and the development of the young players,’’ Côté said. ‘’It’s a constant theme.

‘’You want the players to experience some pressure in big games without creating a bad experience for them.’’
A confident group will no doubt be a key factor in Canada returning to the world’s top-three in Tokyo in 2020.