Desjardins’ result in the men’s H3 (handcycle) 66.2 kilometre race was particularly thrilling as he reeled in Mirko Testa on the last straightaway to snare his first career medal in five world championship appearances.

His previous best was eighth in last year’s road race at the worlds in Portugal.

‘’I’m still pinching myself,’’ said Desjardins, who started handcycling in 2009, the same year he was left a paraplegic after a dirt bike crash. ‘’I gave everything I had.”

‘’I tried to be active in the pack,’’ said Desjardins, who was cheered on by locals along the route which included his wife and two children. ‘’I started off a little hesitant and slow. At about an hour and 15 minutes I got a second wind, did a few moves, felt like I was strong on the hills and it worked.’’ 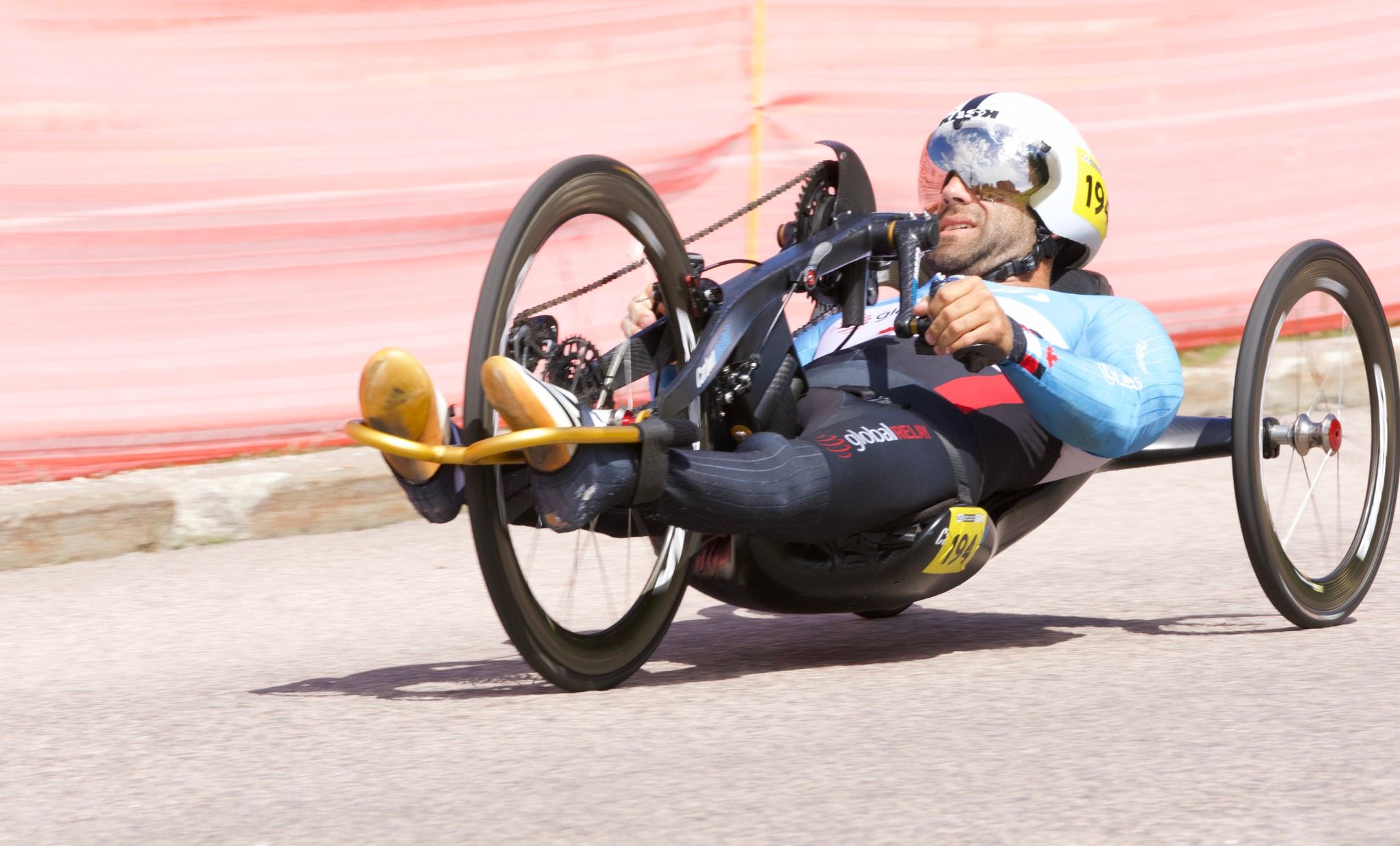 A pack of 12 riders stayed together pretty much through the entire race which also included Charles Moreau of Victoriaville, Que., who ranked seventh in 2:02:31. Moreau won a silver on Thursday in the time trial.

‘’The goal today was to get a Canadian on the podium,’’ said Moreau, a two-time Paralympic Games medallist. ‘’I’m extremely pleased we had the opportunity to work as a team. On the hills, I’d fall behind then catch the pack on the flats so I could position my teammate. He was still strong and I wanted to help him get to the sprint to the finish.’’

Clement broke free from the Spaniard on the third and final lap.

‘’I was pushed to my limits by my two main opponents,’’ said Clement, a former national team Para swimmer. ‘’The coaching staff relayed me a lot of information to help produce a hard-fought race and get the silver.’’

‘’It’s been quite a journey from leaving swimming, figuring stuff out for awhile, getting into cycling and being part of such a great team with great athletes and experience what it’s like to compete for Canada again in a completely different sport.

‘’It’s brought me a whole new energy to racing.’’ 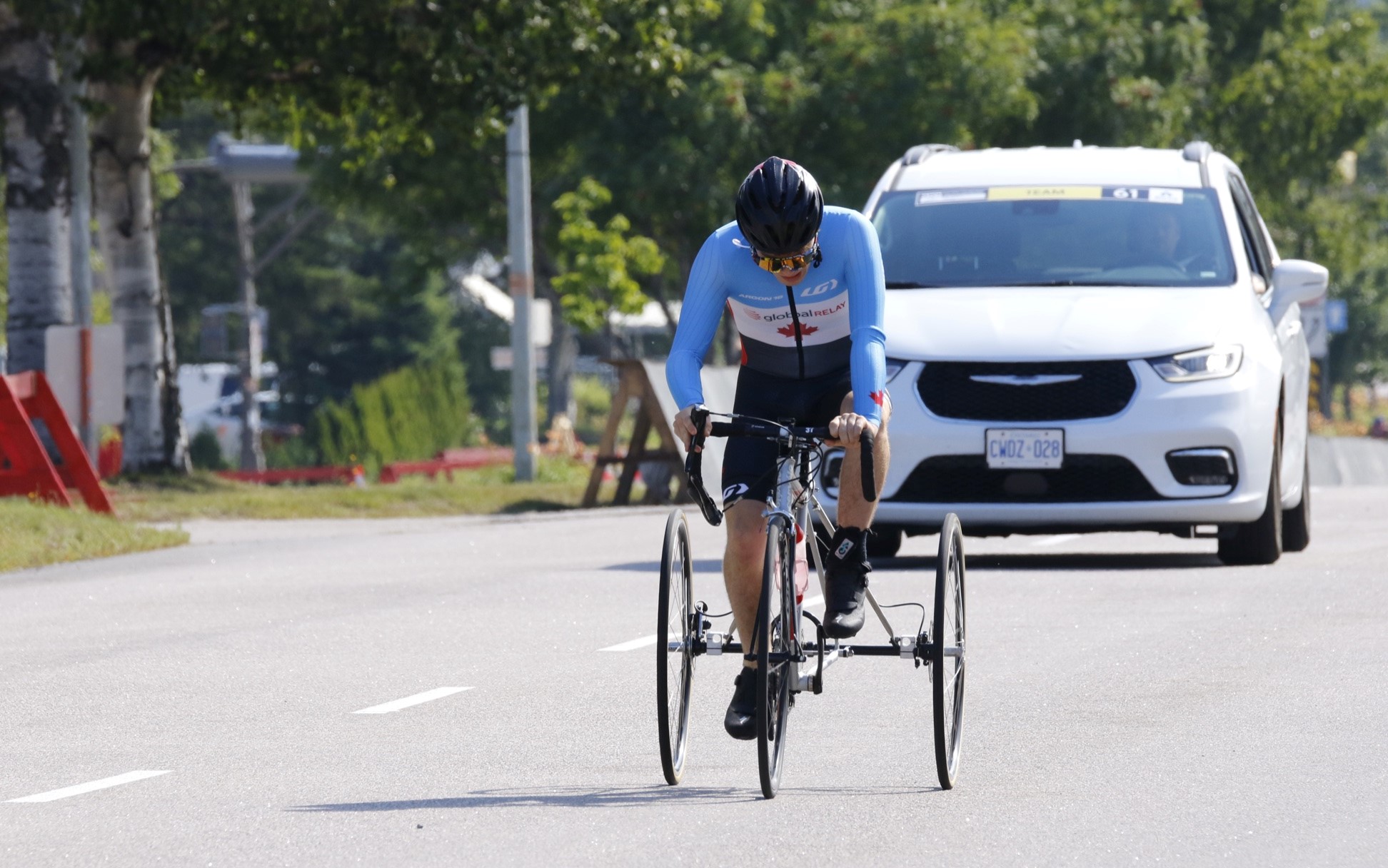 In the morning road races, Matthew Kinnie of Riverview, N.B., and Kara Douville of Calgary were both fifth in the men’s H2 47.3 kilometre race and the women’s H4 56.7 kilometre trek.

Douville was in a three-way battle for the bronze medal and missed the podium by only 0.33 seconds to repeat her result from last year’s worlds. However in 2021 she was nine minutes off the bronze medal time.

‘’I was hoping for a better placement,’’ said Douville, injured in a climbing accident in 2018. ‘’I was also in the sprint for a medal at a World Cup earlier this season. So I’m getting really close but not quite there.’’

Kinnie, who dealt with COVID earlier this summer, was in a battle with Amit Hasdai of Israel for fourth spot but just fell short in improving his result from 2021.

‘’We’ve taken turns finishing ahead of each other,’’ said Kinnie about his Israeli rival. ‘’His sprint is really good, so if I do too much work, I have to find more creative ways to beat him.’’

Shelley Gautier of Toronto, a bronze medallist in the time trial and an 18-time world champion, was fourth in the women’s T1 and Louis Albert Corriveau Jolin of St-Claire, Que., was seventh in the men’s T2.

Competition ends Sunday with the road races for tandems and the Para cyclists on traditional racing bicycles.

The road race events on August 13 and 14 will be livestreamed as part of the Paralympic Super Series. Viewers can watch the action on Paralympic.ca as well as CBC Sports and Radio-Canada digital platforms, including: the free CBC Gem streaming service, cbcsports.ca, the CBC Sports app for iOS and Android devices, radio-canada.ca/sports and the Radio-Canada Info app for iOS and Android devices. Two separate two-hour shows featuring both live coverage and top highlights will also air on the CPC’s Facebook page on both days, and be mixed into the livestream. CPC will also share highlight packages for the time trial events on August 11 and 12.