Canada came home from last month’s Para Ice Hockey Women’s World Challenge with a silver medal. But even more notable was the opportunity it provided for the team – and the sport – to grow.

Hosted in Green Bay, Wisconsin, the tournament featured four teams, bringing together the top players in the world at an official International Paralympic Committee-sanctioned event for the first time.

“When we learned about the World Challenge, we were very excited,” said Raphaelle Tousignant of Terrebonne, Que., who posted five goals and two assists in Green Bay. “It was a big deal to me, it was our opportunity to show the world we deserve as much as the men to be at the Paralympic Games, and that women’s Para hockey exists.

“I feel like a lot of countries around the world don’t know that and having the opportunity to show the level we are and to show that any woman who wants to play Para hockey can play – that’s what the event meant to us.”

Tousignant, 20, and captain Alanna Mah, 23, are already the veterans of the Canadian national women’s team, joining the program when they were each 14 years old. This event was a long time coming.

“Knowing I was training all summer with that end goal in mind, and being able to finally say I’ve competed in a huge competition at that level was such a big thing,” said Mah of Edmonton, who notched four goals and four assists. “We’ve had other international events before, but nothing officially recognized.”

“And on the other side of it, being able to grow the game. I was able to see some people I have met before from across the world, and just having this event finally happen and having all these women from around the world play was amazing.” 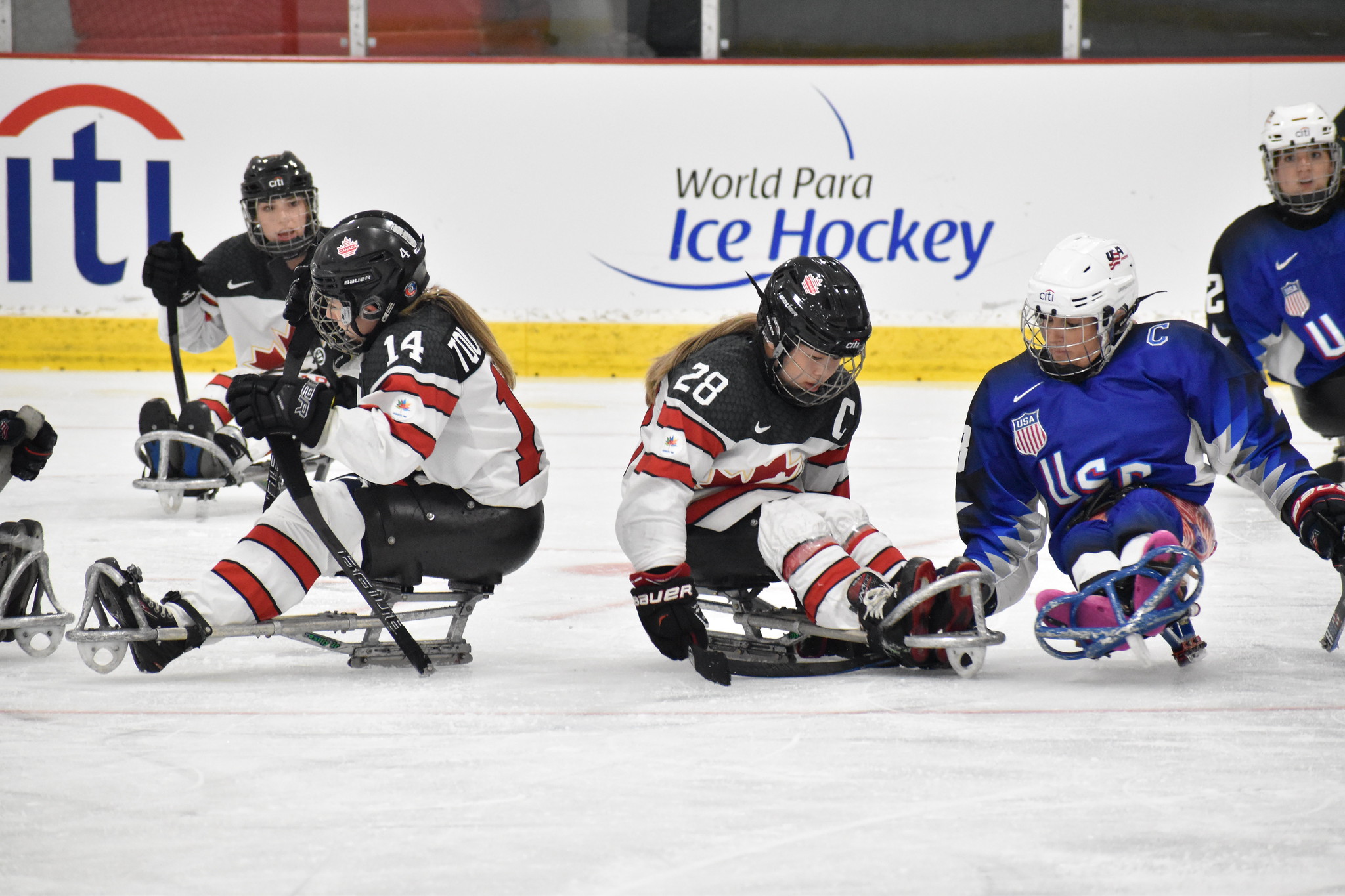 In terms of results, Canada went 2-1 through the round-robin with victories over Great Britain and Team World and a loss to USA. The final saw the Americans take gold with a 5-1 win.

Head coach Tara Chisholm has been at the helm of Team Canada since the 2013-14 season and says the team had a re-set during the pandemic with many players taking that time to pursue other sports or life endeavours. This resulted in a recruitment push and many new introductions.

“To try and do that in the middle of the pandemic, like most things in the pandemic, it was a bit challenging, but we ended up with an amazing group of women that were so keen to learn and just push their limits the best they could with the resources they had.”

After selection camp in April, the team was only able to host one training camp as a complete group leading into the tournament, in Calgary in July. This meant adjustments had to be made on the fly at the World Challenge.

“I typically wouldn’t introduce new concepts during an event but because we only had one camp leading up to it, we just rolled with it,” said Chisholm, from Medicine Hat, Alta. “I did a lot of video sessions with them and did a lot of stuff in practice that was new. And they implemented it right away, which was unreal; I’ve never seen that trajectory of growth before, so they were just dialed in.”

Mah and Tousignant, who both have goals of making the Paralympic Games one day, had the same message of pride when talking about how their team performed over the three-day tournament.

“I’m so proud of our team,” said Mah. “We have a super young team, a super new team – I think it was eight rookies on the team which is basically half the team – and it was pretty crazy to see the growth even from our first game on Friday to Sunday.

“Just the difference in how much they were able to soak up and learn and take that out on the ice. The growth of the team over the weekend was a big thing and I was super happy with silver at the end of the day.”

The World Challenge offered a significant opportunity for Team Canada to participate in a world-class competition. Next, they are hopeful for a world championships in 2025, which would be an important step towards women’s Para ice hockey securing a place in the Paralympic Games.

And in the short-term, it’s all about continuing to develop their team – and the sport – something both of Canada’s young leaders reiterate.

“We’ve been able to build something very nice,” said Tousignant. “We just want to get better, faster, and play as much as we can.”

“We’re trying to grow the game in the country, trying to get girls to see the sport and know they can come play – we’re here,” said Mah.