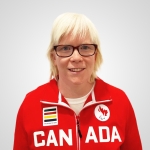 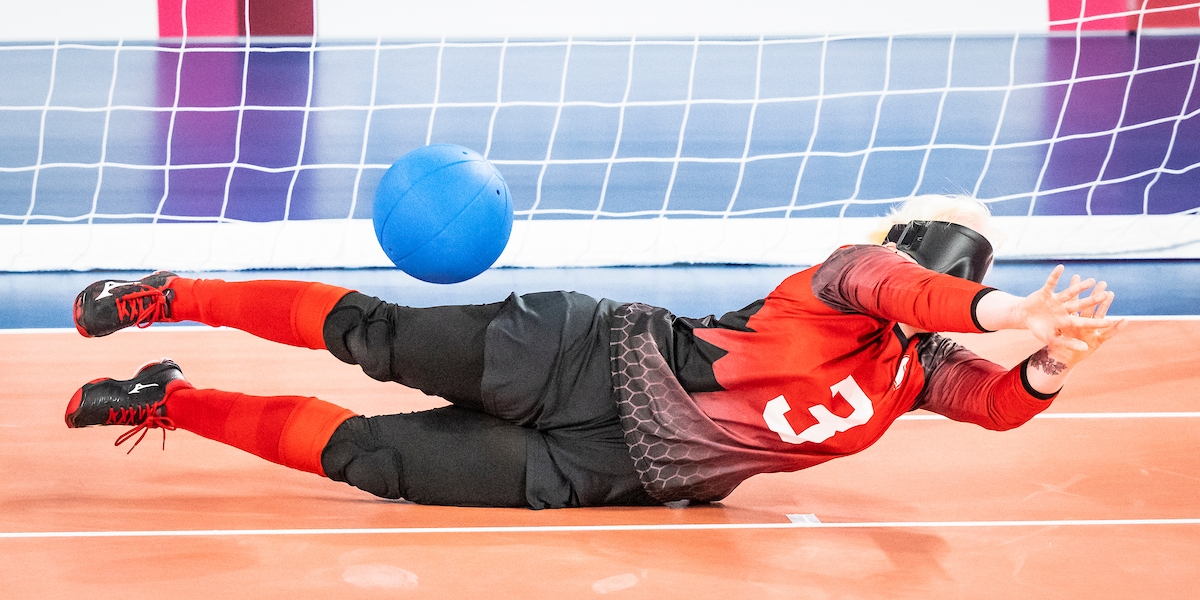 Whitney Bogart wears number three and plays the right wing, left wing and centre positions for the Canadian women’s goalball team. The team secured a spot for the 2020 Paralympic Games when China defeated South Korea in the semifinals at the Asia-Pacific Championships in Chiba, Japan in December 2019.

Bogart was born with Albinism resulting in vision impairment. She was introduced to goalball while attending W. Ross Macdonald School for the blind. Bogart has always had a fondness for athleticism and in her first year of high school she swam competitively as well as played goalball. In grade 10 she made the decision to stop swimming competitively to focus on goalball. She joined Team Ontario in 2002 and remains on the team today.

In 2007, Bogart graduated from the developmental services worker program at Fanshawe College. In 2008, she graduated from the instructor for blind and visually impaired – orientation and mobility program at Mohawk College. Currently Bogart lives in Ottawa with her husband and two children. She is an athlete representative for women and is focusing on her goalball career and motherhood.

Lives in Ottawa with husband and two children… Has four siblings (all born with Albinism), one being a twin brother married to teammate Amy Burk… Is an athlete representative… Loves biking and exploring the city with her children… Her dad worked at Barrick gold mines which produced the gold for the gold medals at the 2015 Parapan Am Games… Introduced to goalball at W. Ross Macdonald School for the blind... Grew up with a love for athletics… Swam competitively in high school… Born with Albinism…