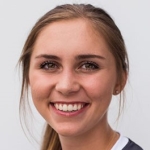 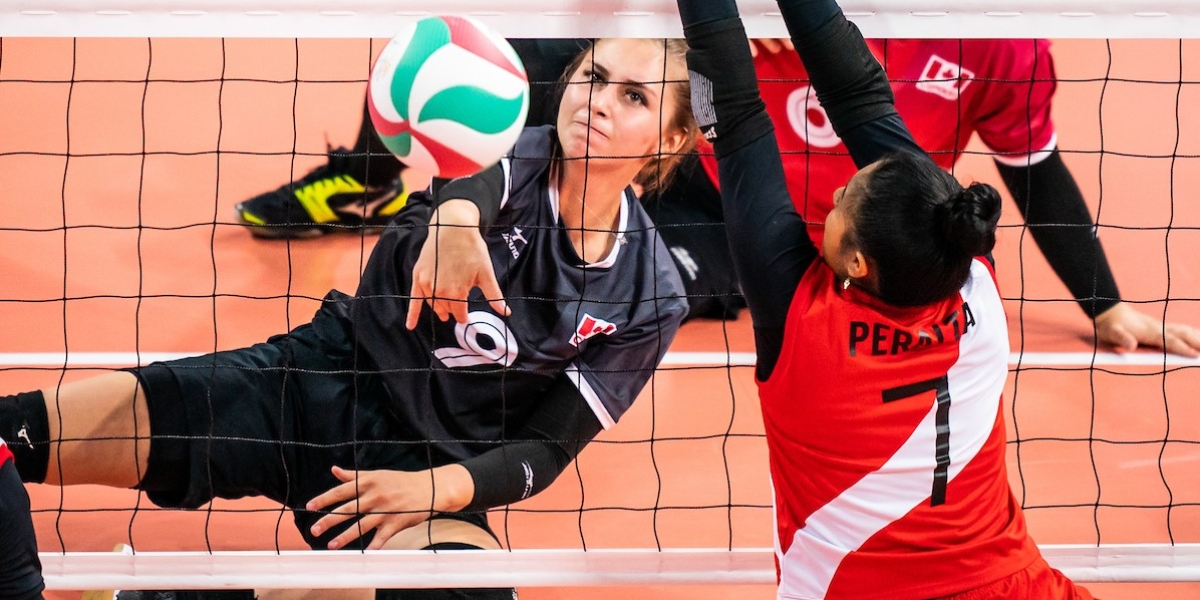 Sarah Melenka wears number seven and plays the position of setter for the Canadian women’s sitting volleyball team. In February 2020 she helped Canada secure a spot for the 2020 Paralympic Games in Tokyo by winning gold and being named “Best Setter” at the World ParaVolley final Paralympic qualification tournament in Halifax.

Melenka has been a member of the team since 2017. She attended the 2019 Parapan Am Games, 2018 world championship and 2017 ParaVolley Pam Am zonal championship.

Melenka grew up with a fondness for athleticism, but her true passion has always lied with volleyball. She competed on St. Mary’s Catholic High School track team and standing volleyball team in her hometown of Vegreville, AB.

At the end of Melenka’s grade nine school year she began having pains and weakness in her right leg. In 2014, after countless trips to the doctor, she was diagnosed with compartment syndrome (prevents the movement of blood and oxygen to nerve and muscle cells). At the end of grade 11, Melenka’s condition began to deteriorate. She spent the summer of 2015 fighting for her leg, having nine surgeries. The doctors decided that there was enough living tissue in her leg that they were able to save it. Melenka has 30 per cent muscle deficiency in her right calf.

Despite the pain and weakness in her right leg, Melenka never gave up on volleyball. She was determined to continue playing the sport she is so fond of, jumping at any opportunity to be on the court. The summer after graduating high school Melenka attended a Northern Alberta Institute of Technology volleyball camp and was signed to their Ooks standing volleyball team for the 2016-2017 academic year. Melkena played for the Ooks from 2016-2019, while studying personal fitness.

While at NAIT, Melkena suffered a stress fracture in her right leg. Unable to play standing volleyball, she was growing antsy. Melkena got in contact with Ian Halliday who was a sports manager at the time. Halliday told Melkena that there was a group of women who play sitting volleyball for Canada based in Edmonton that may need an extra body for practice. Melkena reached out to the team and was welcomed with open arms to join their practices. One team member saw Melkena’s scar on her right leg and asked about her injury. Melkena explained what happened and how she had 30 per cent muscle deficiency in her right calf. She was then told that her injury made her eligible to be a member of the Canadian women’s sitting volleyball team. Melkena officially joined the team in 2017.

Studying massage therapy at McEwan University (graduating spring, 2021)… Plans to study acupuncture therapy at McEwan in fall, 2021… In 2019 received personal training diploma from NAIT… Played standing volleyball for NAIT from 2016-2019. Has two siblings… Comes from an athletic family… Grew up on a grain farm… Helps her parents on their farm on her days off… Loves working out and going for walks… Played track and volleyball for St. Mary’s Catholic High School in her hometown Vegreville, AB… Has 30 per cent muscle deficiency in her right leg… In 2014, diagnosed with compartment syndrome in her right leg… Had ten surgeries on her right leg before the end of high school…Mum taught her volleyball at a young age…