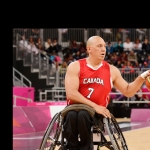 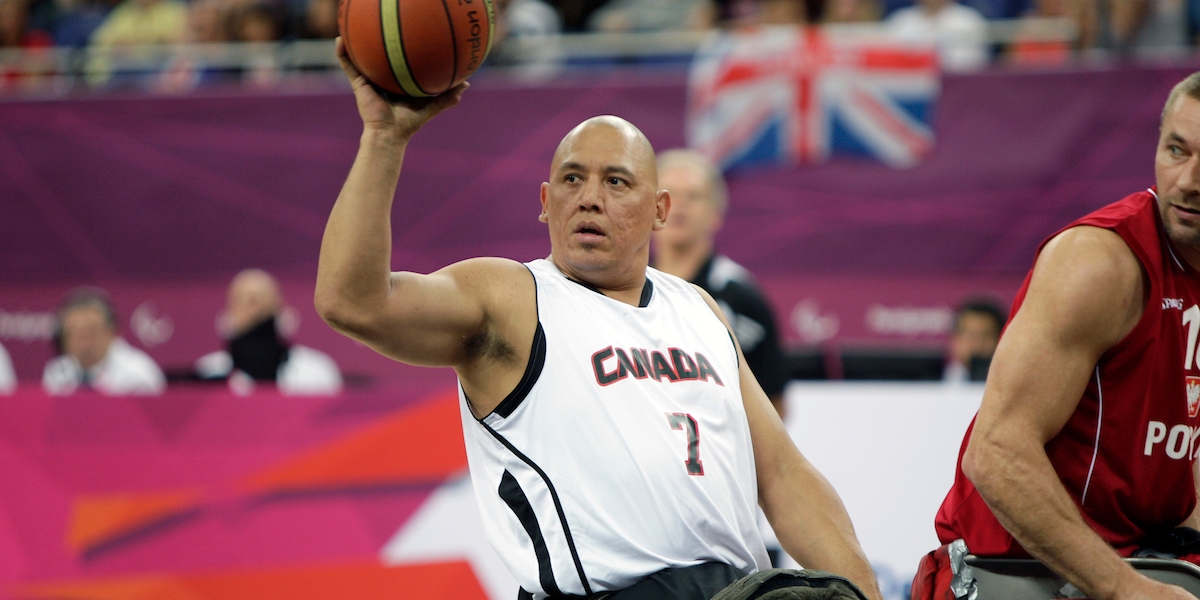 In 2017, he started playing Para badminton and has quickly developed to being one of Canada’s top player. He credits his fast improvement to his wheelchair basketball experience.

Peter began playing wheelchair basketball at age 15 after a team came to his school and introduced him to wheelchair sports. He has been using a wheelchair since being injured in a bus accident at four years old.

Five-time Paralympian with Canada’s wheelchair basketball team (1996-2012)… Won the 2012 National Aboriginal Achievement Award for his outstanding athletic accomplishments…. Inducted into the BC Sports Hall of Fame in 2010… Named Wheelchair Basketball Canada’s Male Athlete of the Year in 2008…  Received Tom Longboat National Award for Aboriginal Male Athlete of the Year in 2000.

A member of the Cowichan Tribes of British Columbia and was the only First Nations athlete on Canada’s Paralympic Team in Beijing in 2008… ‘’Chiefs and Champions” is a 2007 documentary about Peter’s career and successes as a wheelchair basketball athlete… Works with First Nations sports programs in Cowichan Valley communities… Married to former women’s national wheelchair basketball team member Marnie Abbott-Peter.