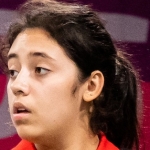 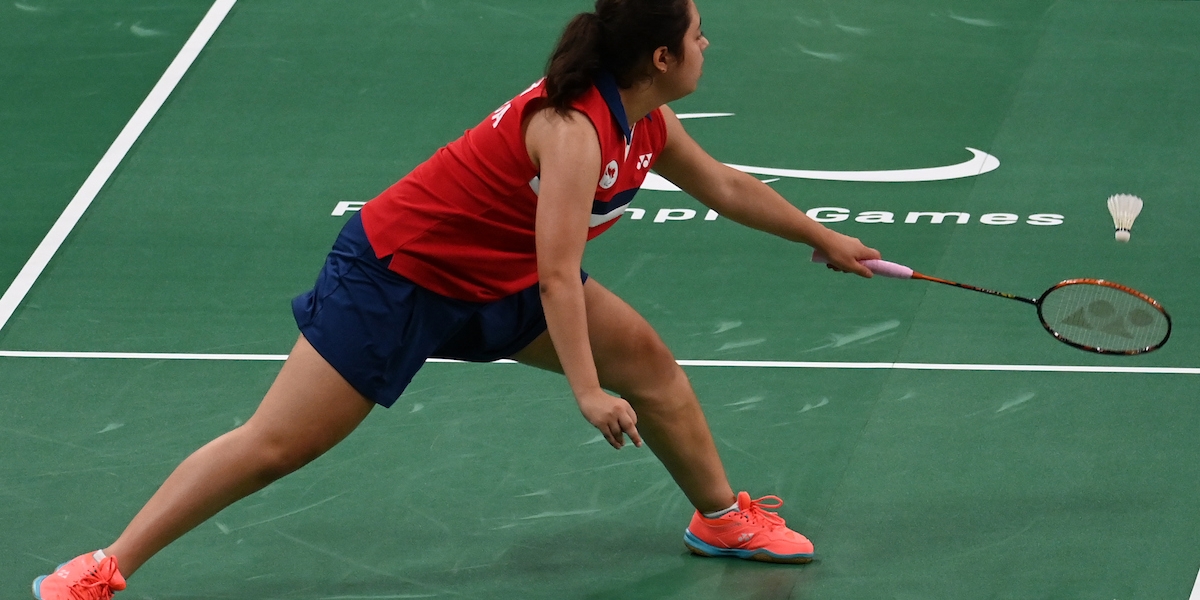 Badminton player Olivia Meier competed at her first major Games in 2019 at the Parapan Ams in Lima. She combined forces with Pascal Lapointe for gold in mixed doubles and won silver in women’s singles. At those Games, she competed in the SU5 classification, which is a lesser impairment category, as hers was not included in the competition.

In September 2021, Meier became the first Canadian athlete to ever compete in Para badminton at a Paralympic Games, as the sport made its debut at Tokyo 2020.

Before she won a gold and silver medal at the first Canadian Para badminton championships in 2016, Meier had played against and with other able-bodied athletes. While she poses fierce competition for athletes of all abilities, a right-side weakness in both her upper and lower body qualifies her for Para badminton.

She says she can’t really serve like an able-bodied player, so she was taught to hold the bird differently, and at times her footwork is slightly different.

In her first international competition in 2018, Meier played some of the best badminton of her life on route to winning a gold medal in mixed doubles and silver medals in singles and doubles at the Pan Am Championships.

Gold in mixed doubles and silver in women’s singles at 2019 Parapan American Games… In 2018, she won three medals at the Pan Am Championships… She took home gold and silver at the first Canadian Para-Badminton Championships in 2016.

Started playing badminton at eight and entered her first tournaments at 10…. Was among 13 Canadian Para-athletes to receive $10,000 from Petro-Canada’s Fuelling Athlete and Coaching Excellence (FACE) program in 2020… Business student at University of Manitoba…