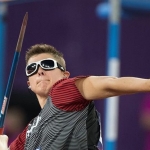 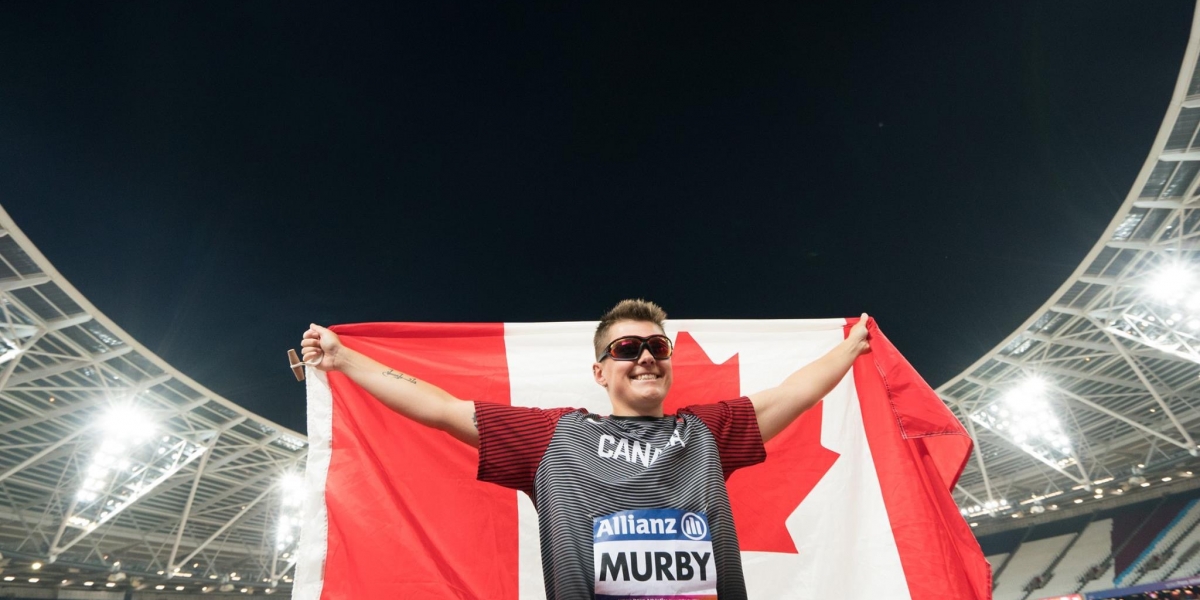 Ness Murby is a Canadian Paralympian who competes in ParaAthletics Men’s F11 Discus.

He is of dual nationalities, born in Australia and became a Canadian citizen in 2014. Born with a rare congenital condition affecting his vision, he competes in the F11 classification. Murby has represented three countries in three ParaSports: Australia, Japan, Canada; Goalball, Powerlifting, ParaAthletics. Competing internationally since 2005, he holds world records as well as world, continental, and national titles. In 2012 he talent transferred to ParaAthletics and has represented Team Canada since 2015. Competing in the F11/T11 classification for visually impaired athletes, he trains and competes with a sports assistant. He and Eva Fejes have been working together since 2010.

Murby’s Para athletics career began as a side note to his powerlifting training. It all started with a shotput and a small grassy patch next to a tennis court at Tokyo University in Japan.

Murby was selected for his first Canadian National Team for the Toronto ParaPanAm Games where he won silver in F11 javelin and bronze in the F11 discus. That same year, he was selected to the Canadian National Team for the 2015 World ParaAthletics Championships in Doha where he won another silver medal for Canada in F11 javelin.

Murby retired from both Shotput and Powerlifting in 2015.

Murby’s first Paralympics were the Rio 2016 Paralympic Games. He competed in F11 discus and came 6th. F11 Javelin was not a contested event. He returned to the podium at the London 2017 World Para Athletics Championships, earning a bronze for Canada in F11 Javelin and finished his season ranked 1st in the world.

Murby competed at the 2019 Dubai World Para Athletics Championships earning 6th place and throwing his furthest major games distance. In 2021 he qualified World Top8 for team selection to the Tokyo 2021 Paralympic Games however was not selected to the Canadian National Team.

Dad, Husband, Paralympian and transgender. Ness is a counsellor, inclusion strategist, independent consultant and the cofounder of TougherThan. Ness is also an advocate for trans rights and speaks on protecting trans youth in sport and community.