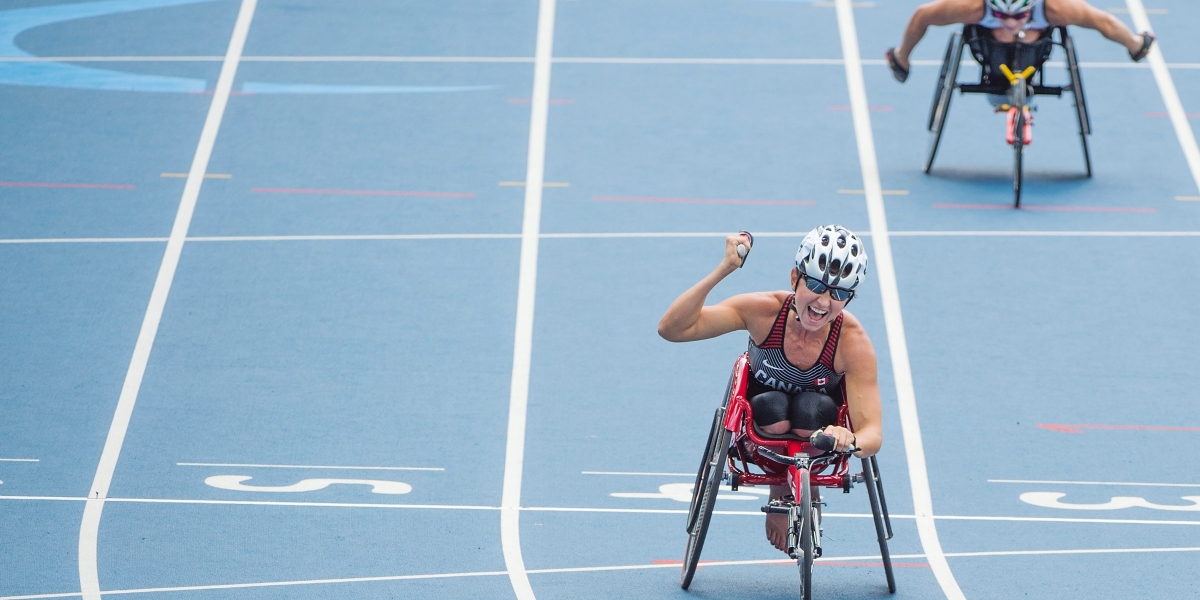 Michelle Stilwell continued her dominance in the women’s T53 metre wheelchair racing sprint events with gold in the 100-m and 400-m at the 2016 Paralympic Games.

In 2017, Stilwell was re-elected MLA for Parksville-Qualicum. She serves as the Official Opposition Critic for Tourism, Arts and Culture and is Deputy Chair of the Select Standing Committee on Children and Youth.

She was elected Member of the Legislative Assembly for British Columbia for Parksville-Qualicum on May 14, 2013 and was appointed Minister of Social Development and Social Innovation on February 2, 2015.

Stilwell was a member of the Canadian women’s wheelchair basketball team that won gold at the Sydney 2000 Paralympic Games, the first female with quadriplegia to do so.

Complications to her spinal cord injury forced her to switch sports after Sydney. Stilwell took up wheelchair racing and at the Beijing 2008 Paralympics, won the 100 and 200-metre races in Games’ record times. Four years later she collected gold and silver at the London 2012 Paralympic Games.

Stilwell lives with her husband Mark and son Kai... Stilwell became a quadriplegic at age 17 when she fell from a friend’s back while piggyback riding... Graduated from the University of Calgary in 1999 with a science degree