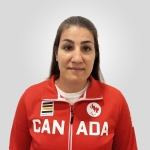 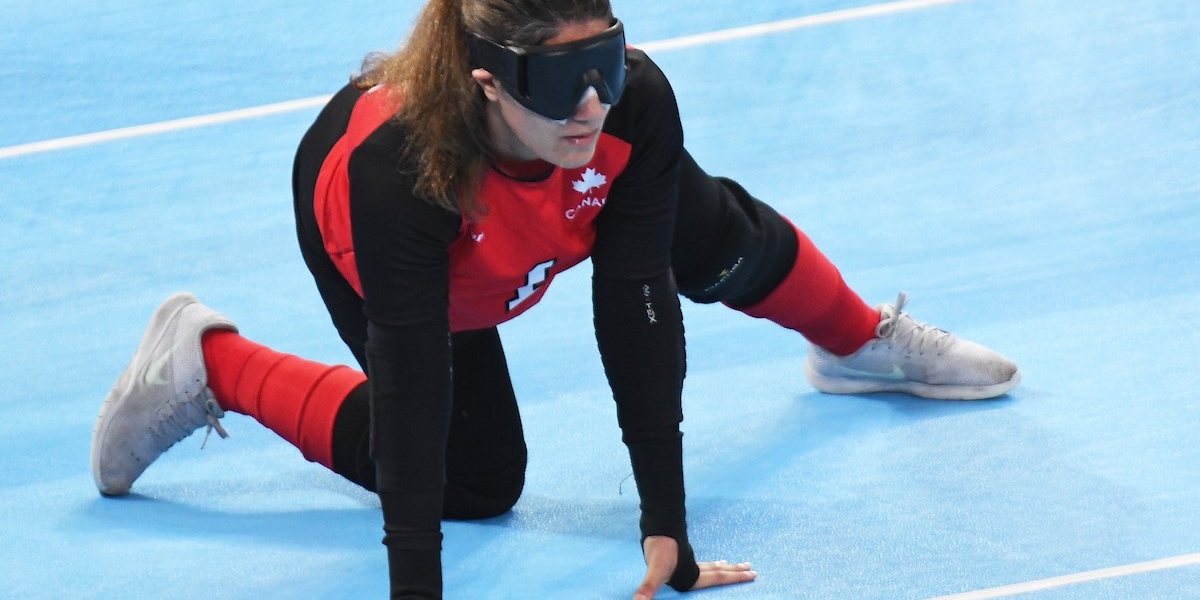 Maryam Salehizadeh wears number one and plays the position of right wing for the Canadian women’s goalball team. She has been a member of the team since 2019 and made her Canadian debut at the 2019 Parapan Am Games in Lima, Peru.

The team secured a spot for the 2020 Paralympic Games when China defeated South Korea in the semifinals at the Asia-Pacific Championships in Chiba, Japan in December 2019.

Salehizadeh was born in Tehran, Iran. She was born visually impaired and began playing goalball at her high school in Tehran. Salehizadeh joined Iran’s first ever national women’s goalball team and played with the team for 10 years. In addition, she also coached high school goalball in Tehran for seven years. Salehizadeh was known to be one of the best athletes in Iran and was named “Best Offensive” player at the 2010 and 2014 Asian Para Games.

Salehizadeh has always had a burning desire to compete in goalball at the highest level internationally, however living in Iran made that dream impossible. In 2016, Salehizadeh made the decision to pursue her athletic desires and immigrate to Vancouver, Canada as a refugee. In 2019 she became a permanent resident of Canada allowing her to join the Canadian women’s goalball team.

Salehizadeh has a bachelor’s degree in physical education and sports management from the University of Tehran. She is currently studying English at Vancouver Community College and hopes to pursue a career as either an ESL teacher or a settlement worker.

Speaks Farsi… Lives with her brother in Vancouver… Studying English at Vancouver Community College… Hopes to pursue a career as either an ESL teacher or a settlement worker… Loves music, books and studying… Has a bachelor degree in physical education and sports management from Tehran University… Moved from Iran to Vancouver in 2016 as a refugee to pursue athletic goals… Discovered goalball in high school in Tehran… Born visually impaired…