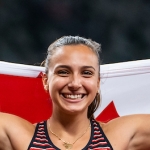 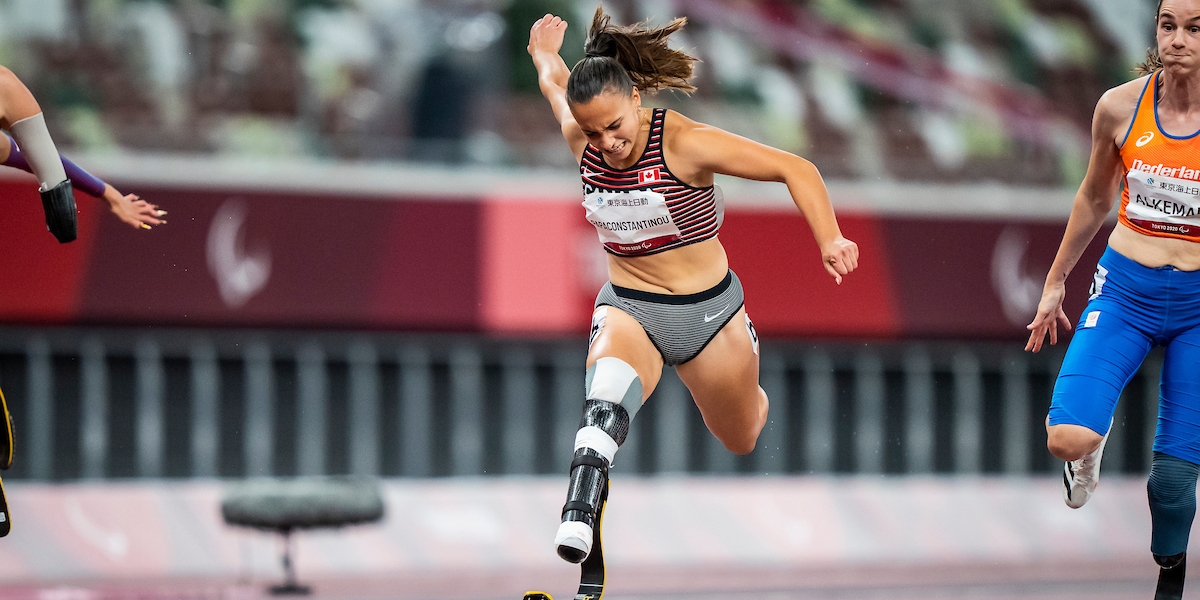 Marissa Papaconstantinou lived the highs and lows of competitive sport in 2019. Her personal best and Canadian record of 13.15 seconds in the T64 100-m was set in the spring at the Swiss Grand Prix which ranked her third in the world heading into the IPC World Championships.

After her big performance in Switzerland, Papaconstantinou’s season was derailed when she suffered a tendon tear in her hamstring. That kept her out of action for 10 weeks and forced her to miss the nationals in July and the Parapan American Games in August.

Unfortunately at the worlds, the lost weeks of training probably cost her and she was not able to advance to the final in the T64 100-m.

She made her Paralympic Games debut at age 16 in Rio. She made an impressive international debut a year earlier as she finished seventh in the 200m and eighth in the 100m at the 2015 IPC World Championships. Born without her right foot, she’s always participated in sport and enjoys soccer and basketball along with her Para athletics career.

Papacontanstinou took up Para athletics at age 11 at the Phoenix Track Club in Scarborough, Ont., and soon after was fitted with her first running blade.

She was the inspiration for an exhibit on 21st century bionics and prosthetics at Ontario Science Centre… Ambassador for Holland Bloorview Hospital…Youth athlete model for Canadian Paralympic Committee’s ‘’It’s More than Sport’’ campaign in 2012…Sports Media student at Ryerson University in Toronto.