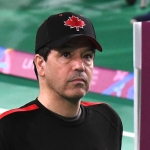 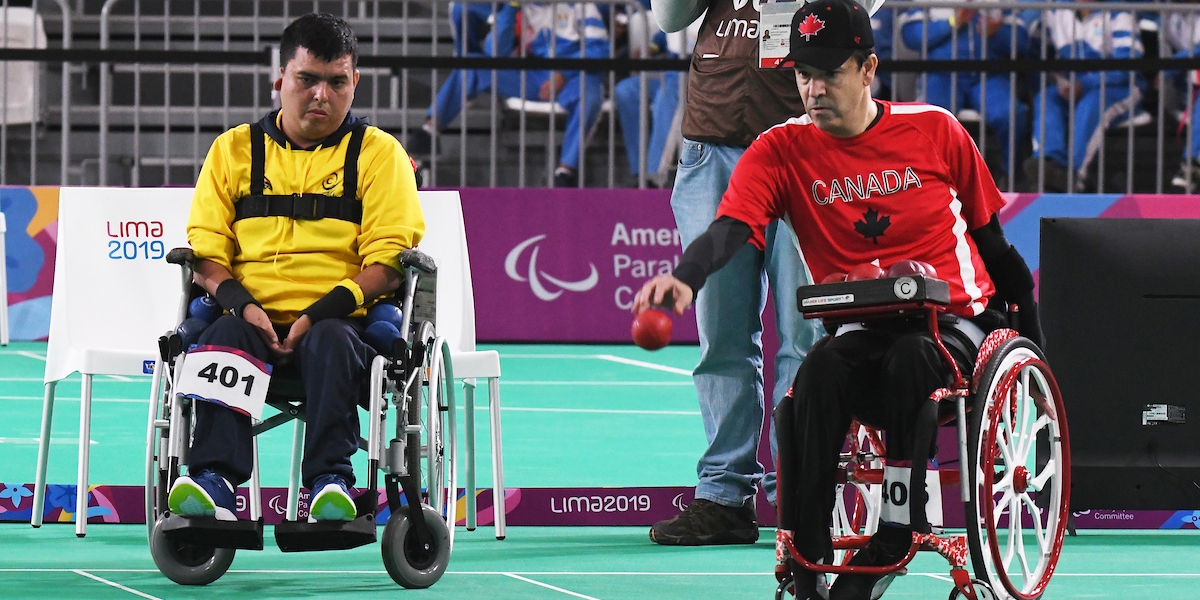 London 2012 Paralympic Games bronze medallist Marco Dispaltro is no stranger to Para sport. With a strong background in wheelchair tennis and wheelchair rugby, he exploded onto the boccia scene in May 2010 on the encouragement of head coach Mario Delisle. Dispaltro held a No. 1 world ranking in his classification entering the 2015 season.

At his third Paralympics at Tokyo 2020, Dispaltro was a member of the mixed pair BC4 with Alison Levine and Iulian Ciobanu that did not advance to the playoff round.

In 2019, Dispaltro won the gold medal in BC4 singles with a resounding 11-2 victory over Colombia’s Euclides Grisales in the final at the Parapan American Games in Lima. He also added a bronze in the BC4 pairs event with Alison Levine and Iulian Ciobanu.

Dispaltro started his wheelchair sports odyssey in 1993 as a rugby player and played until 2004. From 2001 until 2008, he acted as the high-performance coordinator of the Canadian national wheelchair rugby team. In 2008, he became the head coach for Sweden, leading them to unprecedented heights.

In May 2010, after years of coaxing and hesitation, Dispaltro tried boccia and it was love at first throw. His respect for the sport of boccia grew exponentially in the first couple of months of training and he's still dazzled by the talent showcased at the elite level. His achievements in boccia include his bronze in pairs with Josh Vander Vies at the London 2012 Paralympic Games, an individual silver at the 2011 Parapan American Games, and a silver in pairs at the 2015 Parapan American Games.

Born with muscular dystrophy, Dispaltro has always been a fighter and brings that spirit wherever he goes. He's a fully dedicated athlete who trains religiously, keeping meticulous training reports and striving for perfection. He quickly masters the technical aspects of the sport he does and he's relentlessly looking to get that edge over the competition. “We are not born champions, we become champions” is the motto he abides by.

Influential people who have helped him in his sporting career include Duncan Campbell and Stéphan Dubuc in rugby, and Josh Vander Vies and Mario Delisle in boccia.

Renowned for his commitment and dedication to his craft, Dispaltro is rarely seen without a boccia ball in his hand. When he does take time to himself, he is an avid reader and enjoys satirical television. He is also a motivational speaker, using sport to inspire and drive young people.