Oatway was named to Canada’s team for the 2017 World Para Alpine Skiing Championships set for January 2017 in Italy, but broke his arm in a training run and could not compete. Just a few days before his injury, Oatway was third in the downhill training run. He had been on pace to do well at the 2017 World Championships as earlier that season, he won silver and bronze medals in the downhill at the World Cup stop in Austria.

He produced a career-best season in 2015-16. He ranked first in the downhill, second in the giant slalom and third overall on the IPC World Cup circuit.

Oatway won a bronze medal in slalom in his first ever IPC Alpine Skiing World Cup competition, which was held in New Zealand and launched the 2013-14 season. A few days later, he added a fourth in the Super G.

In January 2014, Oatway’s success continued, placing fourth in downhill at the World Cup in Panorama, B.C. He capped the season competing at the 2014 Paralympic Winter Games in Sochi, finishing fifth in downhill.

It was while watching the 2010 Olympic Winter Games in Vancouver that Oatway realized that he needed to start alpine skiing again. His first foray into the sport in the sit-ski was at Mission Ridge Ski Hill in the Qu'Appelle Valley outside of Regina, in March 2010.

Oatway has been alpine skiing since he was five… started sit-skiing in 2010 after an accident. In September 2007, while on a university field trip studying sedimentary environments in Utah, Oatway was injured in a fall…. he fell 12 metres from a rock outcrop, suffering a radial compression fracture of the T12 vertebra, which resulted in an incomplete spinal cord injury. Oatway studied geology at Mount Royal College in Calgary and the University of Saskatchewan in Saskatoon… graduated in 2010 from the University of Saskatchewan with a Bachelor of Science, majoring in geology… has a keen interest in sedimentary and hard rock geology and hopes to pursue a professional career in that area. 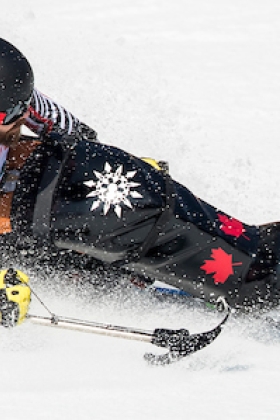 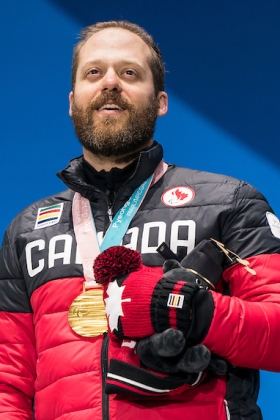