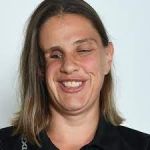 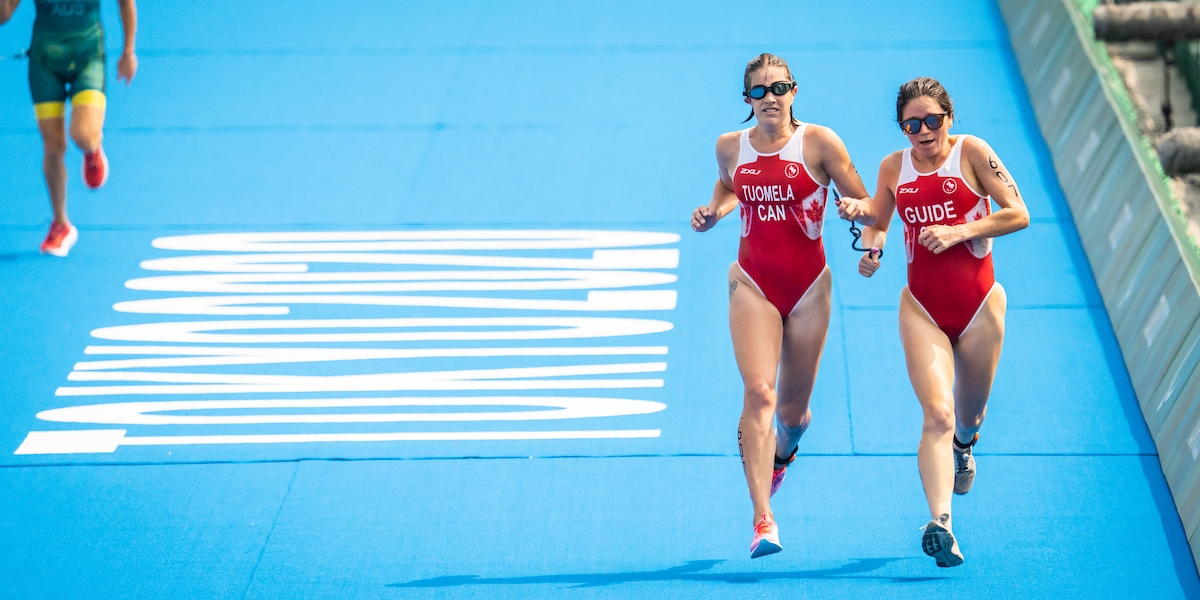 Despite an eight-year hiatus from high performance sport, Jessica Tuomela is set to become a two-sport Paralympian.

Tuomela competed for Canada’s national swim team from 2000 to 2008 where she attended the three Paralympic Games in that period highlighted by a silver medal in the 50m freestyle in Sydney.

In that gap between competitive careers, Tuomela, who is visually impaired due to retinoblastoma at the age of three, finished her undergrad, earned a certificate as a massage therapist, worked four years in the field, and completed her master’s in social work.

Missing being in the sport world, Tuomela made her return, this time combining her love for swimming with running and cycling to compete in Para triathlon.

She competed in her first Para triathlon race in March 2017 in Florida and earned her first World Para triathlon Series win in Edmonton in 2018. In Edmonton, she made history with her then-guide Lauren Babineau. She became the first fully blind athlete to win gold in an event on the circuit.

In 2019, she enjoyed her best triathlon season yet with guide Marianne Hogan, with bronze at the Grand Final in Lausanne, Switzerland and a victory at the Paralympic Test Event in Tokyo.

After maintaining her fitness through the COVID-19 pandemic, Tuomela and Hogan took the bronze at a World Cup in Spain in June 2021.

In 1998, she was one of 35 young people from North America and Russia to win the “Yes I Can” award, which recognizes the accomplishments of people with disabilities…. In 2006 she became one of the first 10 inductees in the Sault Ste. Marie Walk of Fame.

Blinded by retinoblastoma at the age of three…. learned to swim during her three years at Ross MacDonald School for the Blind despite a fear of deep water… She worked as a massage therapist in Scotland for two years, while taking a Performance Psychology diploma course at the University of Edinburgh, and has a Master’s Degree…. Has two dogs: a cavalier King Charles spaniel named Hermione, and her guide dog, Nala, is a golden retriever lab cross.