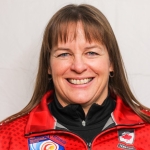 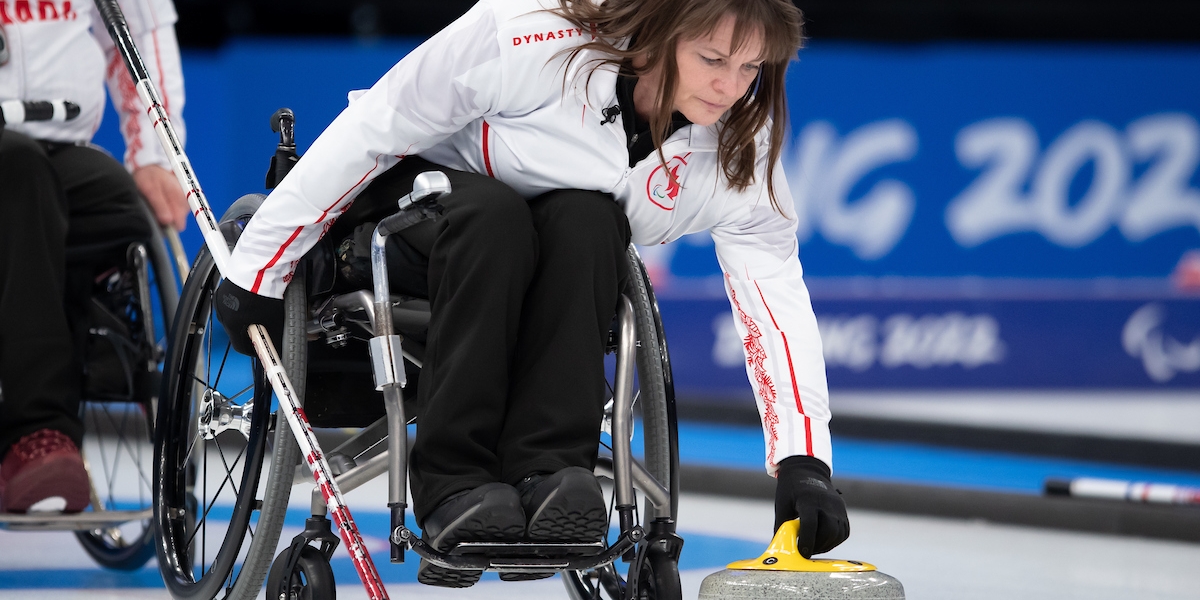 Ina Forrest has reached the podium in all three of her Paralympic Games appearances so far. She was a member of Canada’s gold medal winning team in 2010 and 2014 then added a bronze in 2018 in PyeongChang.

Forrest, one of the world’s most decorated wheelchair curlers, was inducted into the Canadian Curling Hall of Fame at a banquet during Brier week in Ottawa in February 2016.

She began curling in 2004 after an avid local wheelchair curler approached her while shopping and suggested she give it a try. Two weeks later she was hooked. As a member of the British Columbia wheelchair curling team, she won silver at the 2004 and 2005 Canadian National Wheelchair Curling Championships.

In 2006, she was named to the national team. Canada finished fourth at both the 2007 and 2008 World Wheelchair Curling Championships before taking the gold in 2009. A year later, Forrest made her Paralympic debut for Canada in her home province at the Vancouver 2010 Paralympic Winter Games.

Forrest recalls, “I will always remember when I received my first Team Canada jacket and the pride I felt to be representing Canada. Wearing the maple leaf and hearing the Canadian national anthem in competition is so much more emotionally charged than I ever anticipated. It is a swelling in your chest that threatens to bring on tears.”

A member of the Vernon Curling Club, Forrest thinks she is well suited as third because she likes to throw hits. Forrest believes, “curling requires a very steady mental focus and the perfect touch for delivering just the right weight for shots.”

PERSONAL
Forrest and her husband Curtis are small business owners and have three children: Evany, Marlon and Connor. Forrest has been a member of Foster Parents International for 24 years and plans to become more involved in international humanitarianism after her children are grown … At age 21, she was hit by a drunk driver and was paralyzed. For the next 21 years, Forrest didn't even consider sports focusing on her studies and family... She is also a certified scuba diver.