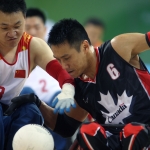 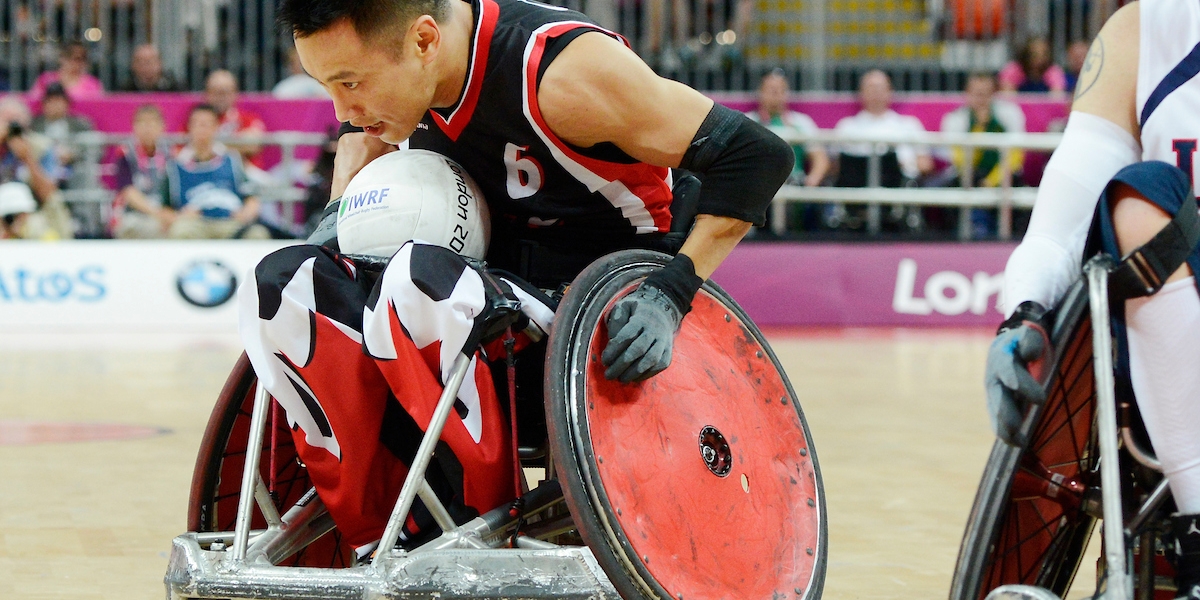 Ian Chan became a quadriplegic after a motorcycle crash in 1992. At the age of 15, he was encouraged to try wheelchair rugby at the insistence of Duncan Campbell, the recreational therapist at G.F. Strong and the inventor of the sport. Chan instantly fell in love with wheelchair rugby and made the team in 1998, winning a bronze at the World Championships. Since then, he’s been a fixture of Team Canada.

Chan is the focus of the documentary Can’t Stop/Won’t Stop, an OMNI Television documentary focusing on Team Canada’s work ethic on their journey to the 2008 Bejing Paralympic Games. He also appeared in the documentary “Murderball.”

Chan’s highlight is winning gold at the 2002 World Championships, which was caught on tape for the movie “Murderball.”

Chan is supported by his family and his teammates. Recently, he has started coaching BC athletes and hopes to expand his role in this area in the future. Ian passed away in March 2019 at the age of 41.