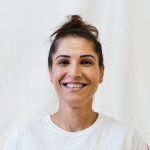 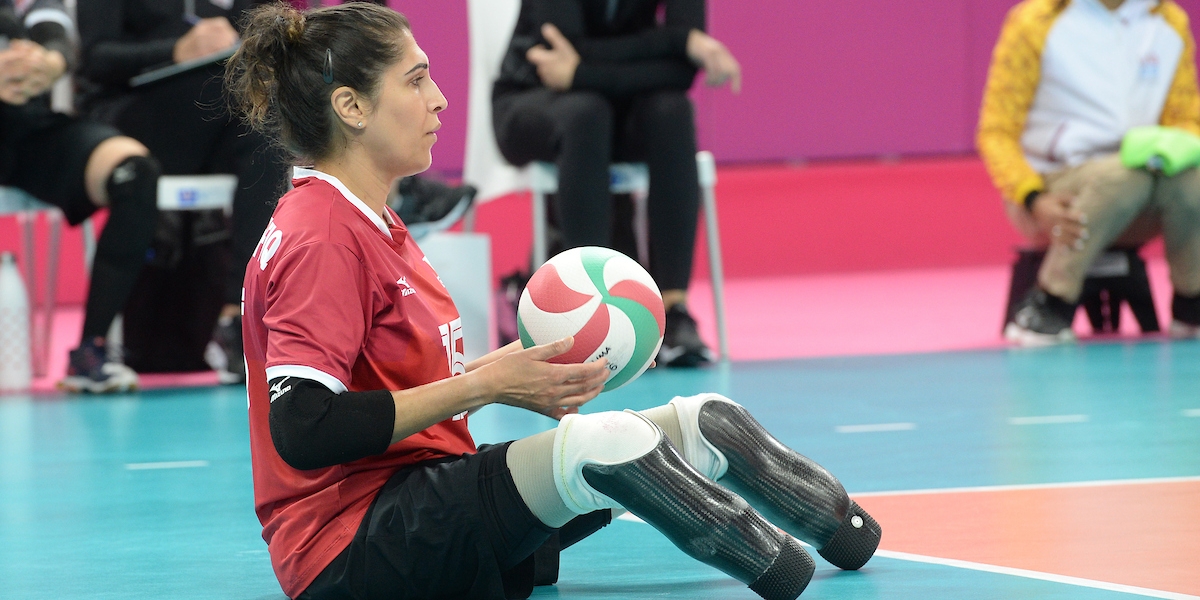 Felicia Voss-Shafiq wears number 15 and plays the position of attacker for the Canadian women’s sitting volleyball team. In February 2020 she helped Canada secure a spot for the 2020 Paralympic games in Tokyo by winning gold at the World ParaVolley final Paralympic qualification tournament in Halifax.

Shafiq was born in Fiji. At age 12 she and her mother moved to San Francisco, California and she attended Thurlgood Marshall Academic High School. She began working at Cisco Sytems at 18 years old. At age 20 Shafiq and her mother made the decision to move to Vancouver, BC. Shafiq continued to work for Cisco Systems remotely until age 24 when she got hired as a support engineer at SAP Software.

SAP pays for and encourages its employees to take part in recreational sport. Shafiq’s fellow employees invited her to play for the SAP standing volleyball team. She had never played volleyball before, nor had imagined herself doing so, but at age 25 she decided to give it a chance. Shafiq had a knack for sport and instantly fell in love.

Six years later, in 2011, the morning of a volleyball tournament, Shafiq woke up with the chills. She assumed she was coming down with the flu. Not wanting to miss the tournament she got up, got dressed and headed to the court.

Despite winning the tournament, that evening, Shafiq was feeling even worse. She went to bed hoping to sleep it off, but unfortunately that was not the case. She woke up a few hours later unable to breathe. She was rushed to the hospital and instantly put on life support.

Shafiq had somehow contracted pneumonia, resulting in blood poisoning which sent her body into Septic Shock and into a coma. Two weeks later she woke up with her hands and feet bandaged. In her bodies attempt to save her life it had pooled the blood from her outer extremities.

The doctors were hopeful she would make a full recovery. Slowly but surely her hands recovered, with the exception of a few nerves in her fingertips. The doctors waited a full year for her legs, however there was no life in sight. The decision was made to do a double amputation below the knee.

After surgery Shafiq couldn’t think, watch or talk about volleyball; the thought that she would never be able to play again was devastating. Her only focus was to again be self-proficient and get back to work. Her boss at SAP had ensured her, her job would be there for her when she was ready.

After 3.5 years of recovery and rehabilitation Shafiq achieved her goal of going back to work. One day her physiotherapist sent her a message regarding recruitment for the Canadian women’s sitting volleyball team. Still heartbroken about being unable to play standing volleyball, Shafiq ignored the message. Regardless of her heartbreak one of her best friends was persistent in telling her she should give sitting volleyball a chance. She consistently brushed him off, until one day, he told her to suck it up and just give it a try. He said he could see her standing on the podium representing Canada in the future. This time, Shaqif listened.

One year later Shaqif was holding a bronze medal for Team Canada at the 2015 Parapan Am Games in Toronto. For the first time in history a Canadian sitting volleyball team had qualified for a Paralympic Games, and just as her friend has predicted, Shaqif was there, standing on the podium.

Shafiq is currently a manager at SAP, working as a coach and mentor to new hires and interns. In 2018 she received the “Diversity and Inclusion Award” from SAP, recognizing her for involvement in her community; teaching differently abled kids how to play sitting volleyball.

Works as a manager at SAP Software in Vancouver… Teaches differently abled children how to play sitting volleyball… Speaks Hindi… Loves video games, travelling and being outdoors… In 2018, received the “Diversity and Inclusion Award” from SAP… In 2017 spoke at the India Inclusion Summit… In 2011, had pneumonia ultimately resulting in the amputation of both legs below the knee… Played standing volleyball for the first time at 25… Moved to Vancouver at age 20… Worked with Cisco Systems at age 18… Moved to San Francisco at age 12… Was born in Fiji…