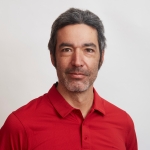 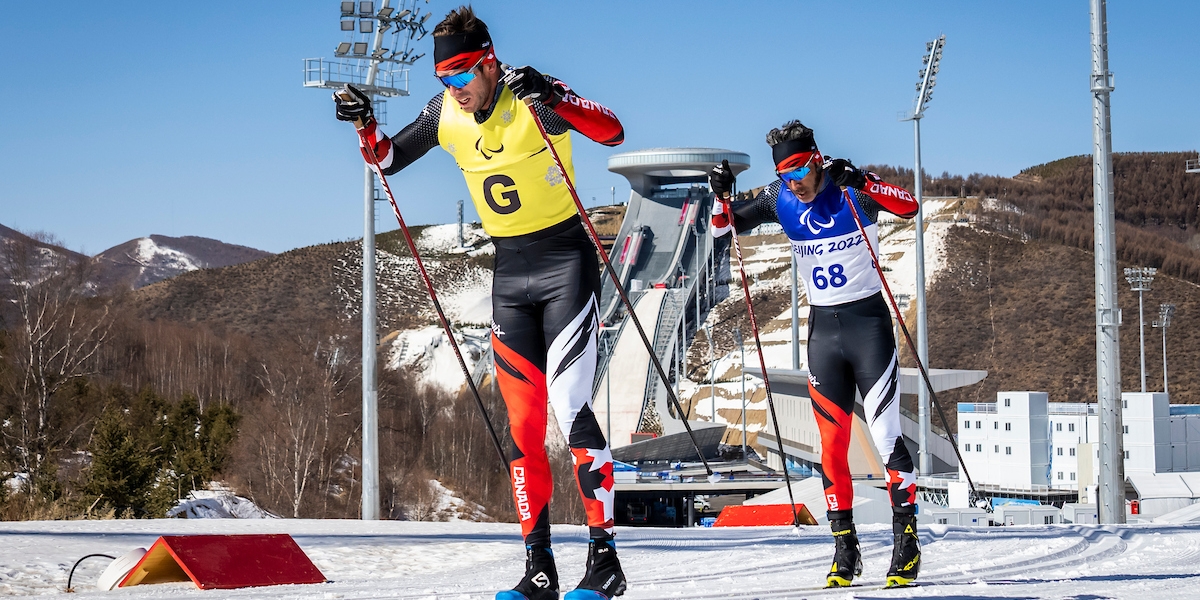 Brian McKeever is one of Canada’s most successful athletes ever. The country’s most decorated winter Paralympian with 20 medals including 16 gold, continues to retain his position among the top visually impaired cross-country skiers in the world.

Beijing 2022 will be McKeever’s sixth Paralympic Winter Games and he will be once again in the medal hunt. In December 2021, he earned gold medals in the 7.5 kilometre and 12.5 kilometre cross country skiing races with guide Graham Nishikawa at the 2021-22 season opening World Cup in Canmore.

That same month, he was in Monaco where he was up for a prestigious Laureus World Sports Award for Sportsperson of the Year with a Disability for his triple gold performance at the 2018 Winter Paralympics. Other nominees in different categories included LeBron James and Novak Djokovic.

At the 2018 Games in South Korea, McKeever became the most successful male cross-country skier in Games history taking his total gold medal haul to 13. With his first medal won in PyeongChang, he crossed the 14 overall medal mark, officially passing Lana Spreeman to become Canada’s most decorated Winter Paralympian in history. The nation’s Opening Ceremony flag bearer, he would conclude those Games with 17 medals, adding three gold and a bronze to his remarkable career total.

At the Sochi Paralympic Games, McKeever collected gold medals in the 20 kilometre, 10 kilometre and one kilometre sprint with his guides Erik Carleton and Nishikawa.

His victory in the one kilometre was particularly memorable as he overcame a fall at the start and overtook the leader on the final bend to win it.

In 2010, he made history as the first athlete named to both the Olympic and Paralympic teams. He did not start in the Olympic races in Whistler, but a month later collected three gold medals at the Paralympics to add to his already impressive career haul.

McKeever overcame some big challenges heading into the 2010 Vancouver Games. In October 2008, he suffered a micro-fracture in his rib and in March 2009 broke his left humerus (upper arm) in a crash at the Canadian championships.

One of his idols is U.S. distance runner Marla Runyan, who also has Stargardt disease. She competed at the Olympic Games in 2000 and Paralympic Games in 1992 and 1996.

17 Paralympic Games medals in five appearances (2002-2018) including 13 gold… 20 world titles… Canada’s flag bearer in the Opening Ceremony at 2018 Paralympic Games… In 2016 he and his brother Robin received a Meritorious Service Medal [civil division] from the Governor General of Canada, in recognition of their sporting achievements… He was named the Best Male Athlete at the 2014 Canadian Paralympic Sport Awards…First athlete to be named to Olympic and Paralympic Winter Games team (2010)… Selected as the Canadian flag bearer for the Closing Ceremony of the 2002 Paralympic Winter Games in Salt Lake City…

At age 19, McKeever was diagnosed with Stargardt disease (a macular degeneration or loss of central vision – fine detail and colour), which had also afflicted his father. “If you stare at the sun for a long time and turn away, you get these fuzzy spots. Well for me, the fuzzy spots don’t go away,” said McKeever describing his vision.

His brother Robin was a nordic skier who represented Canada at the 1998 Olympic Winter Games in Nagano. Robin has also served as his guide, and is now a national coach in the sport…

Named Best Male Athlete at the 2007 IPC Paralympic Sports Awards…. Was the first Canadian athlete with a disability to ski in an able-bodied international event in 2007…