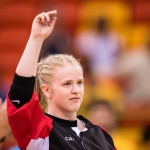 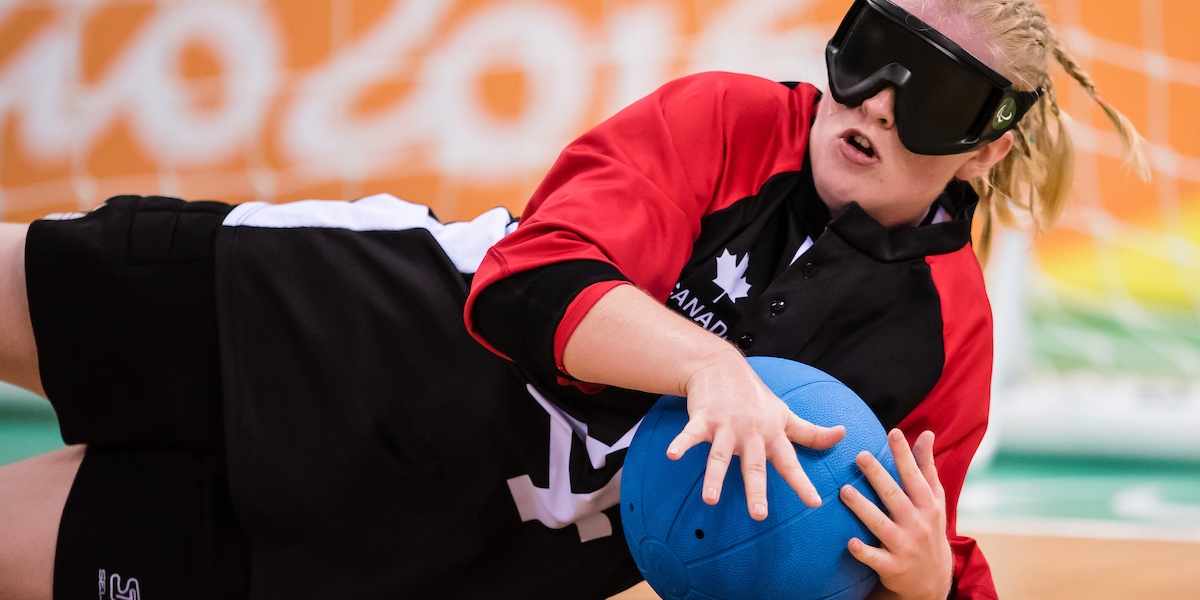 Ashlie Andrews was the top scorer in the women’s goalball tournament at the 2015 Parapan American Games in Toronto with 22 goals. She led Canada to the bronze medal and a berth at the Rio 2016 Paralympic Games. Rio was her second Paralympic Games appearance.

Andrews started playing goalball at age 10 at a Blind Sports Day Event, but it wasn’t really a success as she found it interesting but confusing wearing the eye shades. She made another attempt a couple of years later and went on to compete at the elite level in 2007 by age 14.

Grew up in the same house her father grew up in… Born legally blind and diagnosed with ocular albinism and nystagmus.