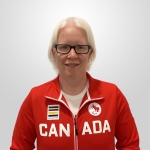 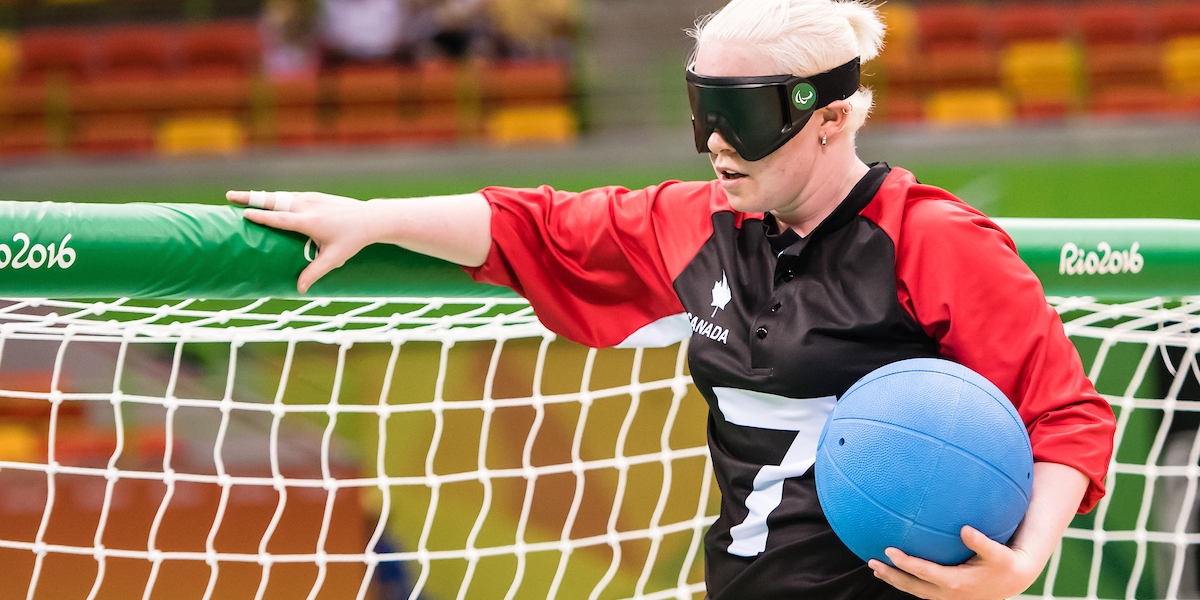 Amy Burk wears number seven and plays the position of right wing for the Canadian women’s goalball team. The team secured a spot for the 2020 Paralympic Games when China defeated South Korea in the semifinals at the Asia-Pacific Championships in Chiba, Japan in December 2019.

Born with Albinism and a visual impairment, Burke grew up with a love for competition. She played basketball in elementary school and was introduced to goalball at age 12 by her itinerant teacher, who sat on the board of directors for recreational sports for PEI. Burk’s teacher gave the PEI goalball coach her name, who then reached out to her, paying her a visit at her school and inviting her to come try the sport of goalball with the provincial team.

Upon initial viewing of goalball, Burk was jaw dropped by the fact that grown women were voluntarily flinging themselves in front of and getting hit by a ball. Still, she gave it a try, but in the end decided it wasn’t for her.

In 2004, one year later, Burk decided to call the PEI goalball coach and ask if she could give the sport another try. He agreed, and this time she immediately fell in love with the goalball, joining the PEI provincial team.

Burk has been nominated several times for the PEI “Female Athlete of the Year Award,” most recently for the 2019 year.

In 2008, Burk moved to Ottawa and began playing goalball for Team Ontario, whom she still plays with today. In 2013, Burk graduated from Algonquin College with a developmental services worker diploma. Currently, she remains in Ottawa living with her husband and two children.

Lives in Ottawa with her husband and two children… Married to goalball teammate Whitney Bogart’s twin brother… Loves to read, play boardgames with her kids and be with friends and family… Plays for Team Ontario… Was an athlete representative with Canadian Blind Sports for six years… In 2013 graduated from Algonquin College with a developmental services worker diploma… Attended Colonel Gray Senior High in Charlottetown. PEI… Played basketball in elementary school… Born with Albinism and a visual impairment…