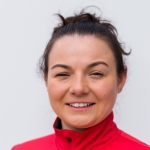 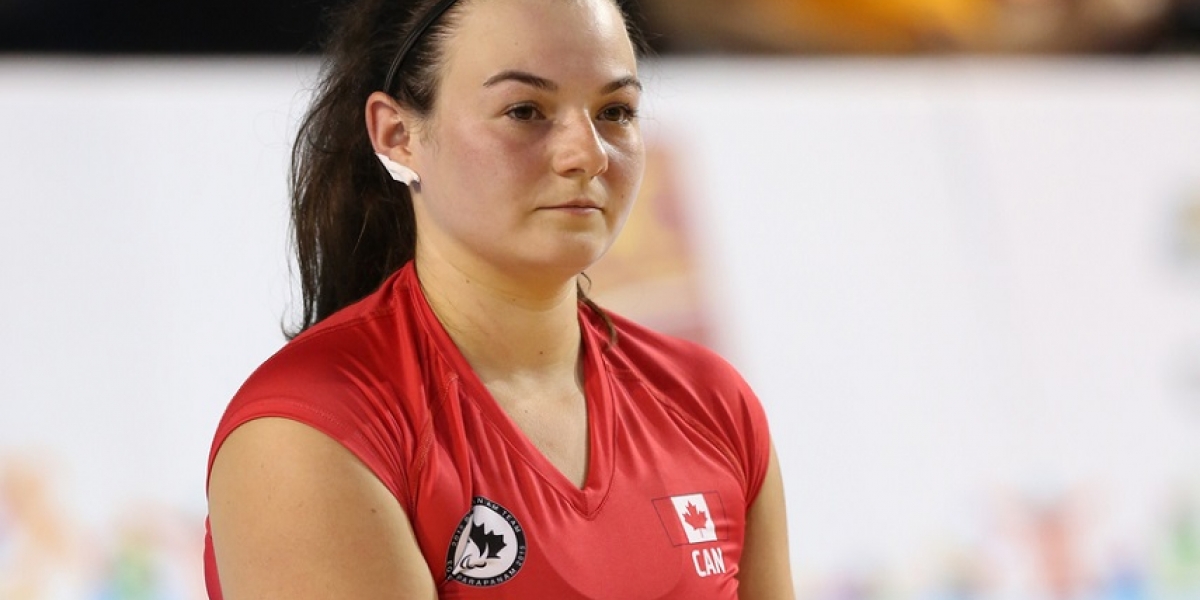 Amber Skyrpan wears number 12 and plays the position of attacker for the Canadian women’s sitting volleyball team. In February 2020 she helped Canada secure a spot for the 2020 Paralympic Games in Tokyo by winning gold at the World ParaVolley final Paralympic qualification tournament in Halifax.

Skyrpan has been a member of the team since its inception in 2008. She brings international experience to the team as she attended the 2019 and 2015 Parapan Am Games, 2018 and 2010 world championships, 2017 ParaVolley Pan Am Zonal Championship, 2016 Paralympic Games, 2016 Intercontinental Cup and 2011 Parapan Am zone qualifier. Along with her teammates she won a bronze medal at the 2015 Parapan Am Games, allowing the team to make history as the first Canadian sitting volleyball team to qualify for a Paralympic Games.

Skyrpan was born without a femur bone in her right leg. At the age of eight she was one of the first individuals to undergo a Van Nes rotation surgery. The surgeons flipped her right leg around at her hip so her ankle could be used as a knee, giving her the ability to have a bending leg instead of a straight leg.

Volleyball has always been the favourite sport of Skyrpan’s family and small, hometown community of Wandering River, AB. While attending Ecole Plamondon High School, she played for the senior standing volleyball team. A member of an opposing team who had since graduated, Jolan Wong, was trying out for sitting volleyball and remembered Skyrpan. She got her coach to reach out to Skyrpan’s coach, who then presented Skyrpan with the opportunity to play sitting volleyball. The sport program was just beginning in Canada. Although hesitant at first, Skyrpan knew standing volleyball was becoming more difficult for her as the competition increased. At the age of 15 she gave sitting volleyball a chance, immediately fell in love and has been playing ever since.

In 2018, Skyrpan graduated from Macewan University in Edmonton where she took the office assistance program, majoring in the legal discipline. She currently works at Alberta Motor Association in legal.

Married with two step kids and is very family oriented… Loves travelling and camping with her family… Enjoys doing crafts, puzzles and cross stitching… Has three sisters… Views her parents, together, as her number one hero… Lives in Edmonton… Currently works at Alberta Motor Association in legal… Learning to speak Spanish… Graduated Macewan University in 2018 where she took the office assistance program and majored in the legal discipline… Did workshop courses to become a Doula… Used to work in daycares… Attended Ecole Plamondon High School… Grew up in a volleyball family and community… Born in Lac La Biche… Born without a femur… Was one of the first individuals to undergo a Van Nes rotation surgery…