Where are they now: Triple Paralympic champion Marni Abbott-Peter

Marni Abbott-Peter was a key player on one of Canada’s greatest teams.

It was the women’s wheelchair basketball squad that through the 1990s and early 2000s won three Paralympic Games titles, four world championship medals, and uncorked an amazing 43-game winning streak in worlds and Paralympics play.

Abbott-Peter’s life, before and after her spinal cord injury at age 18 while downhill skiing, has always revolved around sport. Born in Nelson, B.C., she lived further south on a farm in Salmo, B.C. As a youngster she wanted to be the next Nancy Greene and also dabbled in hockey and figure skating. After her accident, she was a star Para swimmer winning international medals.

In 1988, she switched to wheelchair basketball and made her first national team in 1992.

Since retiring as an athlete, Abbott-Peter, who lives in Vancouver, has focused her attention on coaching and giving back to the wheelchair basketball community. Today she is the Let’s Play Director with the B.C. Wheelchair Basketball Society. This past May, she was also named head coach of Canada’s women’s under-25 wheelchair basketball team.

Below we check in with Abbott-Peter as she looks back on some of her favourite memories.

What did it mean to you to represent Canada at the Paralympic Games?

I was very proud to represent Canada and the sport of wheelchair basketball. My first Games in 1992 really helped me realize that I could have a career as a high-performance athlete and coach.

What is your proudest sporting achievement?

Being the Opening Ceremony flag bearer for Canada at the 1996 Paralympics.

I am director of the Let’s Play program in B.C., getting young kids with physical disabilities active and teaching them how to play. I’m also head coach of Canada’s women’s under-25 wheelchair basketball team and an assistant coach with the women’s national senior team. 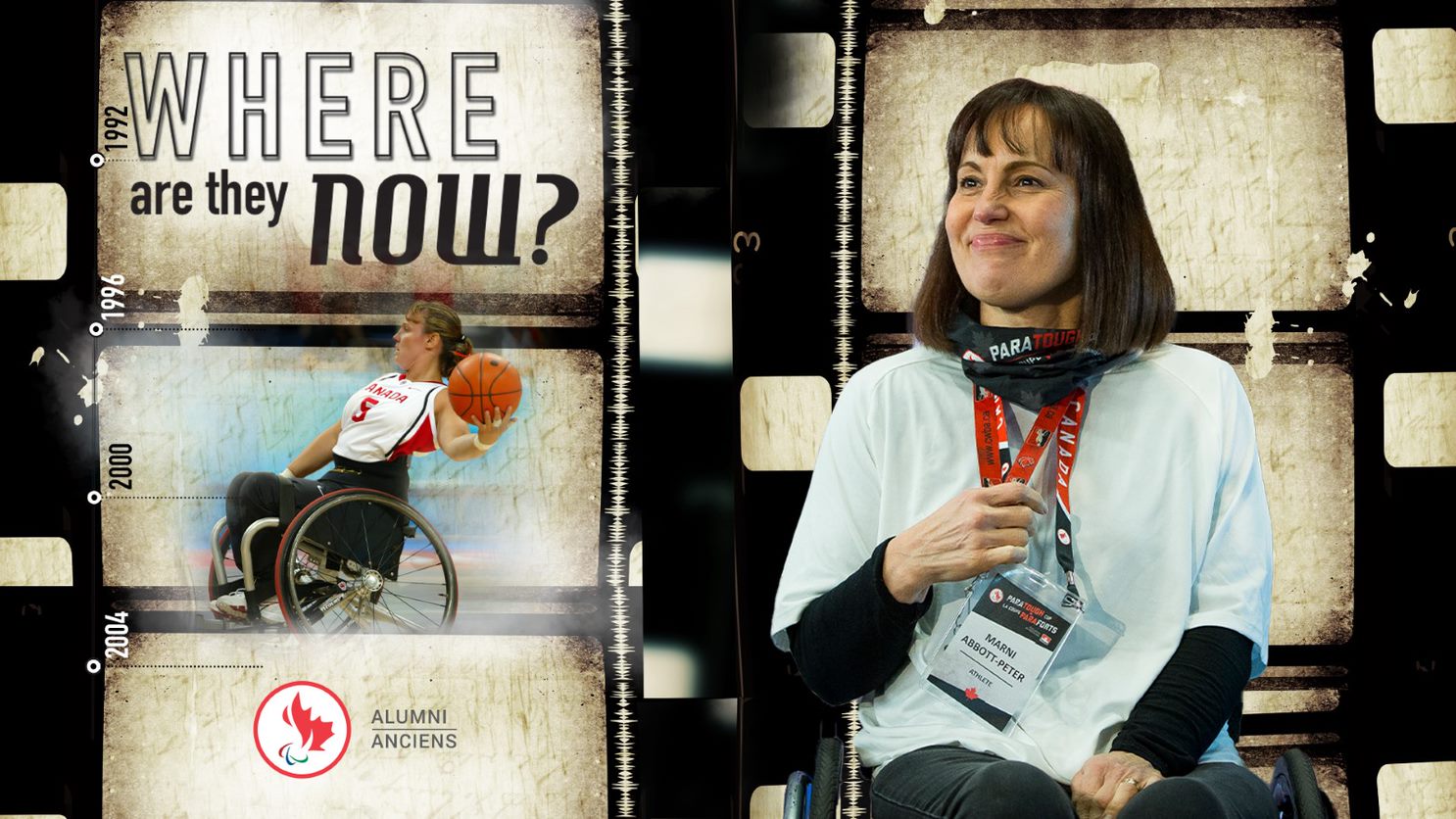