Mark Ideson is one of the top wheelchair curlers in the world. A member of Canada’s gold medal winning team at the 2014 Paralympic Games in Sochi, he also skipped Canada to a bronze in 2018 and has his sights on Beijing 2022.

But he didn’t reach this success alone. Behind-the-scenes, an important person throughout his whole career has been Sari Shatil. Ideson’s personal physio since 2010, their relationship has grown ever since.

She supported Ideson at the Sochi Games as a member of the Friends and Family group, which eventually led to her joining the wheelchair curling national team staff in July 2014, a role she still holds today.

“Sari believed in me before I was a Paralympian and encouraged me and pushed me to reach my full potential after my accident,” said Ideson, who was in a helicopter crash in 2007. “I didn’t know what my potential was, it was almost like Sari could see in the future and she kept pushing me to strive for my best.”

What is incredible about their partnership is Shatil was initially interested in pursuing a career in Para sports therapy since she graduated in the 1990s. But instead, her path ultimately led her to work in general rehabilitation, such as helping people walk again and helping people with a disability participate in leisurely activities.

The pair first met when Ideson was looking for a physio closer to his home in London, Ont., rather than travelling to Toronto for his sessions. Shatil opened her practice in 2009 and soon that connection was made. It was immediate.

“When I first met Mark it was apparent to me he was the kind of person who was not going to let his life circumstances stand in the way of achieving what he wanted,” Shatil said. “To connect with someone post injury, who is so motivated and so committed to the process of living life to his fullest, made it very easy to support Mark right through all these years.”

Ideson knew he needed that positive reinforcement to begin his sports journey.

“You need people like that in your life,” he said. “After experiencing a dramatic injury like that, I surrounded myself with people that build me up.”

It still amazes Shatil that this chance meeting realigned her world to match her career ambitions, which was to work with Para athletes.

“It’s funny how karma and universal intentions, being kind, and doing things to the best that you actually can – and here it is and here it happened.”

Both the Shatil and Ideson families are also close friends which reinforces a bond that Ideson has gladly shared with his national team teammates. For Shatil this has led to many amazing experiences.

One of those is how the team bounced back from a devastating loss to China in the semifinals at the 2018 Paralympics to win the bronze.

“That experience of super high and super low in sport was unique,” she said. ‘’I wouldn’t have ever experienced that without those wins and losses. Over the years I’ve really come to appreciate the mental sport performance. That was amazing for me.”

Over the past six years, Ideson and Shatil have travelled the world together to all of the team’s competitions and always sit with each other on plane rides, taking a selfie before take-off to mark another adventure.

On their most recent journey, Canada re-asserted itself as a wheelchair curling power with a silver medal at the world championships in Switzerland in March.

One can be sure there are definitely many more adventures to come.

There are many people behind-the-scenes who support an athlete’s career and help them throughout their journey. In Unsung Heroes presented by Canadian Tire, we will share the stories of those individuals – people selected by our athletes as their own ‘unsung hero’. 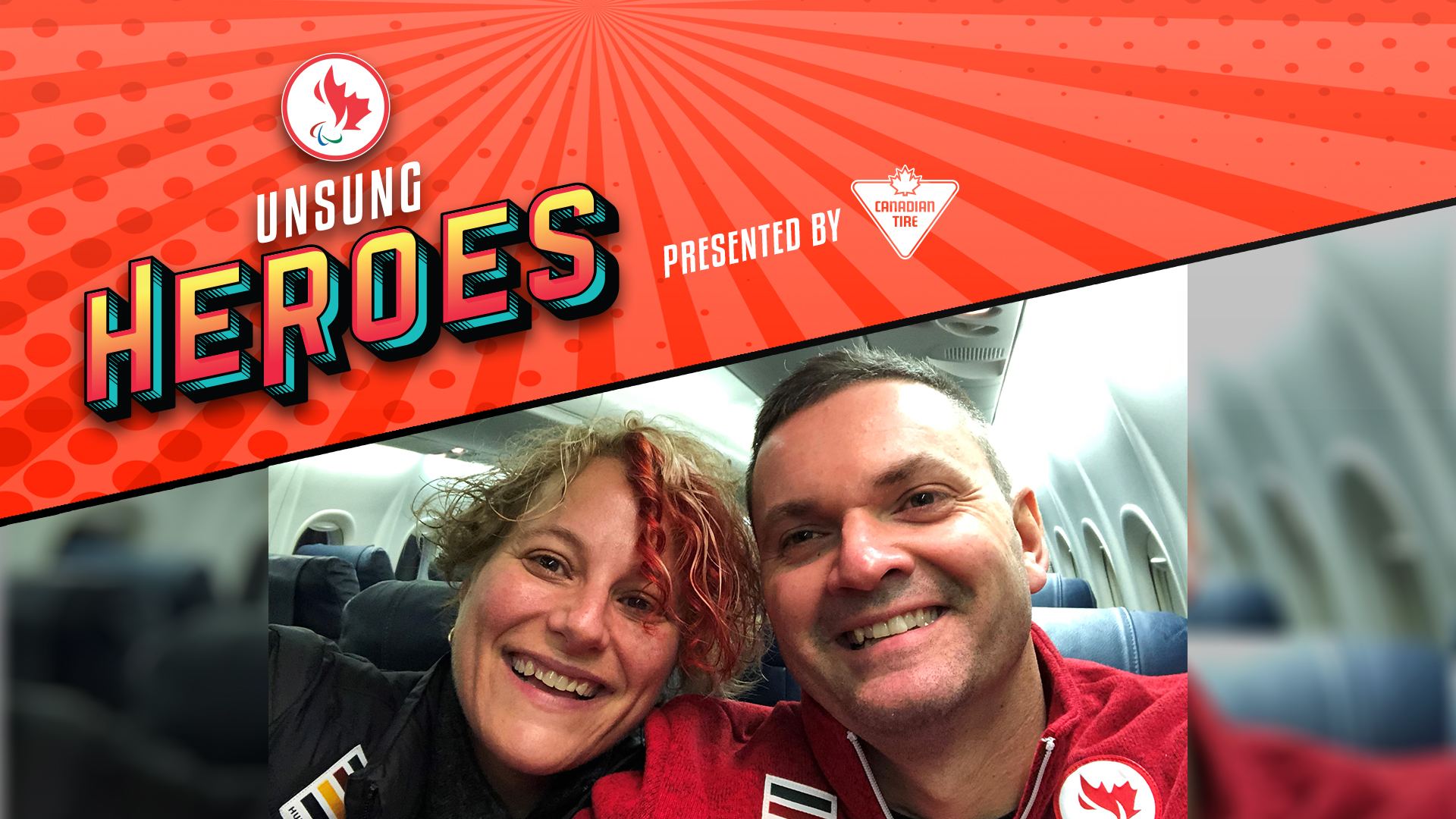