OTTAWA – Canada will be represented by 12 women and 11 men in sitting volleyball at the Lima 2019 Parapan American Games, as the Canadian Paralympic Committee and Volleyball Canada announced Wednesday the rosters heading to Peru next month.

The Canadian women’s team is currently ranked No. 6 in the world and No. 3 in the Americas. At last year’s world championships, the squad was seventh overall. Four years ago at Toronto 2015, which was the first Parapan Am Games to include a women’s division in the sport, Canada won a bronze medal. This earned them a spot at the Rio 2016 Paralympic Games, where they made history by becoming the first Canadians to ever compete at the Paralympics in sitting volleyball.

Eight members of the Rio 2016 team, which finished in seventh place, are returning to compete in Lima.

On the men’s side, Canada is ranked No. 16 in the world and No. 3 in the Americas region. The nation captured a bronze medal at the Toronto 2015 Parapan Am Games, with five members of that team (Anderson, Buckingham, Hinchey, Learoyd, and Ward) set to compete in Lima as well.

Athletes with various physical impairments, such as amputations or spinal cord injuries, can compete in sitting volleyball. The sport uses the same rules as able-bodied volleyball with a few modifications including a smaller court and lower net, and the players must always remain seated.

The Canadian women, helmed by head coach Nicole Ban, will compete against Brazil, Peru, and USA. Men’s head coach Jeff Smith will lead Canada into play opposite Colombia, Peru, Costa Rica, Brazil, and USA. Round-robin action for the Canadians commences on August 24, with the semifinals taking place August 27, and medal rounds on August 28.

“I’m so grateful to be a part of Team Canada and so proud of the strong foundation of players we’ve built over the last few years. I’m excited to see us taking a strong 12 to the Games this summer in Lima and I know the experience we will have playing against top teams in the world, with the pressure of fighting for a spot in Tokyo, is just what we need to keep our team on the rise.”
- Danielle Ellis, captain of the women’s team

“It’s always a pleasure to wear the maple leaf and represent Canada. With this being a major multi-sport Games, it's exciting to be a part of the larger Team Canada. Moving towards the Games we’re looking forward to challenging ourselves against the best teams in our zone. We had some positive matches back in May against the Americans, and that's something we will look to build off of in preparation for Peru.”
- Doug Learoyd, captain of the men’s team

“Congratulations to all of the amazing sitting volleyball players named to the Canadian team today! Sitting volleyball is such an exciting and fast sport, and I’m looking forward to watching it live. I know our athletes have done their best to prepare for the Games, and I wish the best of luck to all 23 men and women who will wear the maple leaf proudly!”
- Stephanie Dixon, chef de mission of the Lima 2019 Canadian Parapan Am Team

“We are looking forward to bringing a larger group of athletes than we have in our most recent competitions, as we have the opportunity to gain much-needed experience at the Lima Parapan American Games. Multi-sport Games experience is essential to our growth, not only as a team but as elite-level athletes – the time spent in the village, training venue, travelling time, and at the competition venue is invaluable. As qualification for the Tokyo Paralympics is on the line, we know preparation is going to be key for the challenging matches ahead.”
- Nicole Ban, head coach of the women’s national team and Volleyball Canada’s Manager of Para High Performance

“I am looking forward to seeing our team compete on the international stage after some great recent outings. We have been training hard across the country and look forward to being able to bring home some hardware from Peru. Our expectations are aligned with our efforts this past year and we will find our way to the podium in Peru. Qualifying for Tokyo 2020 is still our end goal and we look forward to competing.”
- Jeff Smith, head coach of the men’s national team 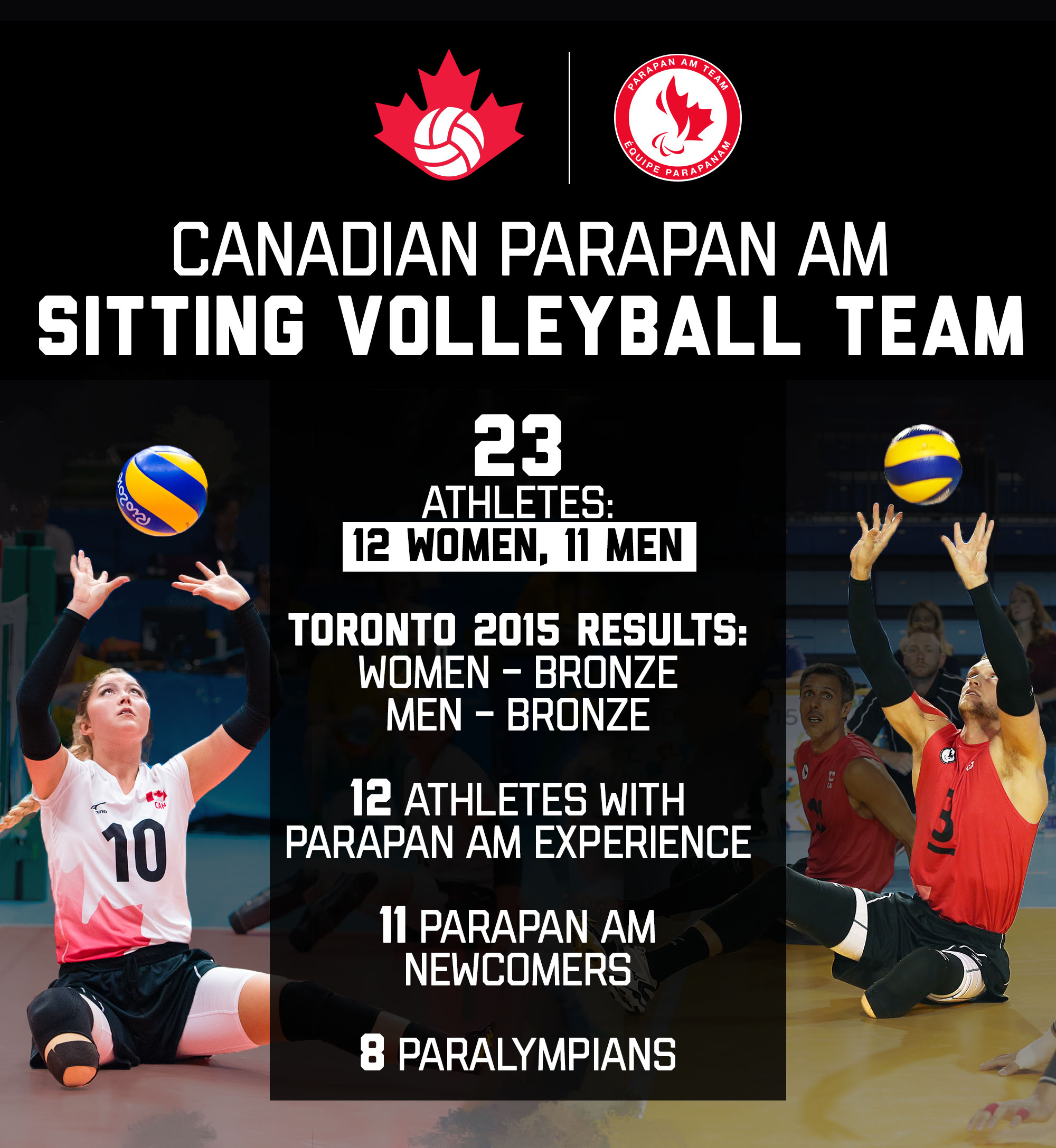