OTTAWA – With all six athletes having Paralympic Games experience, including four multi-medallists, expectations are high for Canada’s powerful Para nordic team at the world championships set for January 21-29 in Ostersund, Sweden.

In the only World Cup before the worlds, held in December in Finland, the Canadian team accumulated 22 medals to make it clear they are ready for the post-Paralympic season.

The Canadians are starting a new era without Brian McKeever, the most successful Canadian winter Paralympian ever with 20 medals. He retired after the Beijing Paralympic Games but left the team in great hands; not to mention he remains close by as the national team ski coach.

Here’s a brief look at the six Canadian team members:

Mark Arendz (Hartville, P.E.I.): Mark Arendz is the leader of the squad with four Paralympic Games appearances and 12 medals in the men’s standing cross country and biathlon events. His six-medal performance at the 2018 PyeongChang Games was a Canadian record, and he followed it up with four more last year in Beijing.

Brittany Hudak (Prince Albert, Sask.): Brittany Hudak is an established veteran as well on the international scene with three Paralympic medals in three appearances, including two at the last winter Games in Beijing. The cross country and biathlon athlete is aiming for her first world championship medal in Ostersund.

Natalie Wilkie (Salmon Arm, B.C.): Natalie Wilkie, who will turn 22 on day one of the worlds, is already a seven-time Paralympic Games medallist. In her worlds debut three years ago in Prince George, B.C., she collected two silver medals.

Collin Cameron (Bracebridge, Ont.): Like Wilkie, sit skier Collin Cameron has posted spectacular results in his two Games appearances with six medals, all bronze. He was also world champion in the 2017 and 2019 cross country sprint.

Christina Picton (Fonthill, Ont.): After a promising first Games in Beijing last winter, Christina Picton started the 2022-23 season with a five-medal performance at the World Cup in Finland, her first podium appearances on the circuit. 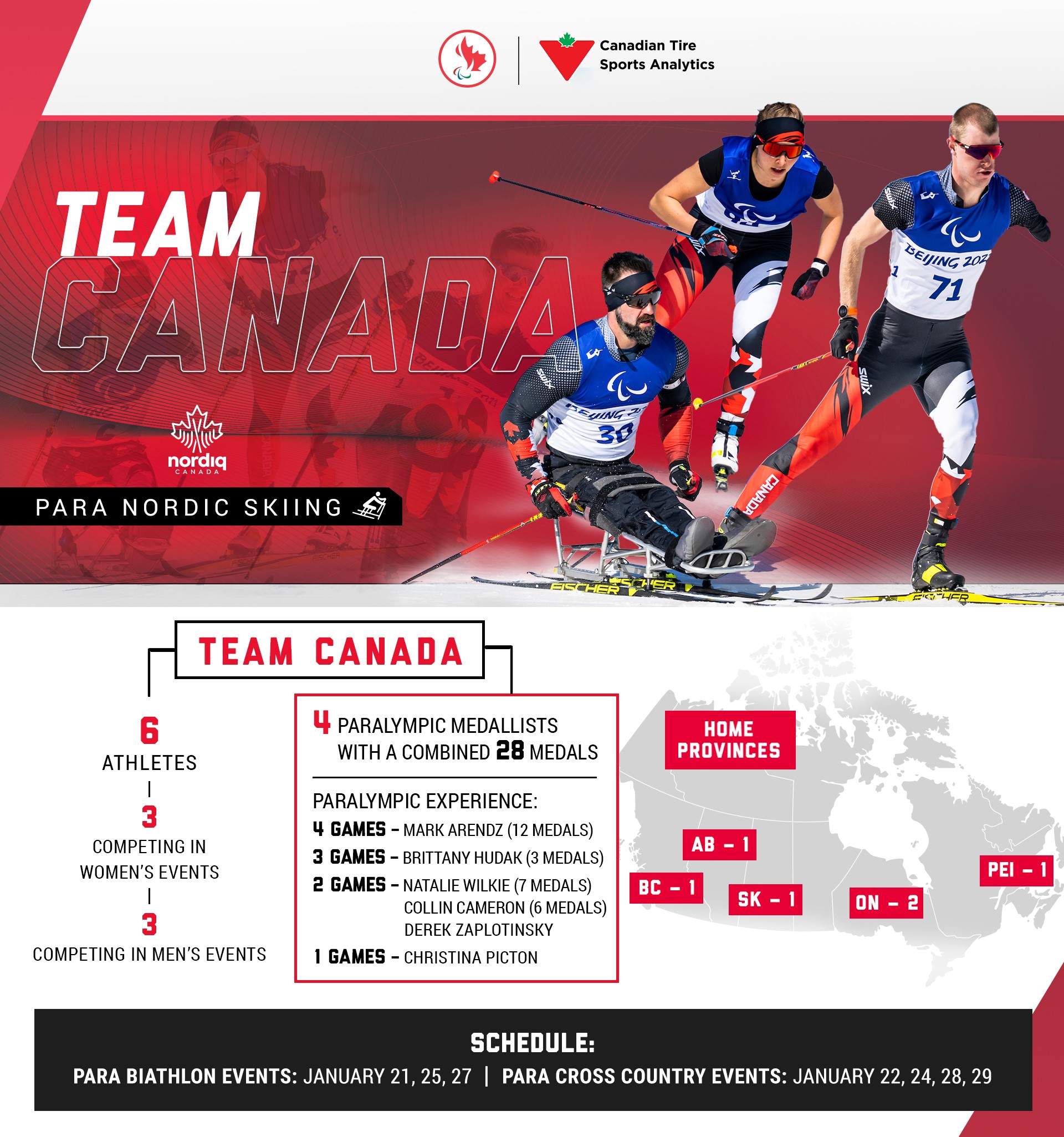