CALGARY – Rob Shaw and Thomas Venos, strong contenders to represent Canada next summer at the Lima 2019 Parapan Am Games, capped a successful weekend at the Birmingham National Wheelchair Tennis Championships on Sunday.

Despite nursing a sore wrist, Shaw confirmed his status as the nation’s top player in the quad category by capturing his fourth straight national title. The North Bay, Ont. native, who is also currently doing his PhD at the University of British Columbia Okanagan, reached the Top 10 world rankings this year for the first time.

“Hitting Top 10 was great but staying there for so long is even better,” he said. “When you reach a milestone like that you want to prove to yourself that it wasn’t just by fluke – I got there and I deserve to stay there. So it felt great, it’s something we’ve been working towards for two or three years so really happy to get there and show that I belong.”

The 28-year-old has played some of his best tennis this year, beating a few higher-ranked players along the way. His primary goal over the next couple years is making his first Paralympic Games in Tokyo.

“I think our division is the strongest it’s ever been so staying somewhere in the Top 12 is the goal for the next year. We have a lot of great players on tour, and it’s going to be a busy year for everyone. If I can stay Top 12 and make Tokyo, I think I’d have a chance to be a dark horse there.”

He also already has Paris 2024 on the radar for a potential podium position.

Before then is the Parapan Am Games in Lima next year, where quad tennis is being included for the first time. Shaw, who recalls the excitement of watching the wheelchair rugby final live at Toronto 2015, is currently in position to qualify and is looking forward to his first Games experience.

“I think for all of us quad players in North and South America, we’ve been wanting to be in Parapan, we feel like we have the competition. It’s really nice to be recognized that our skill is good enough to be there and be on the world stage.

“It’s going to be awesome to represent Canada there, and I’m really looking forward to it.” 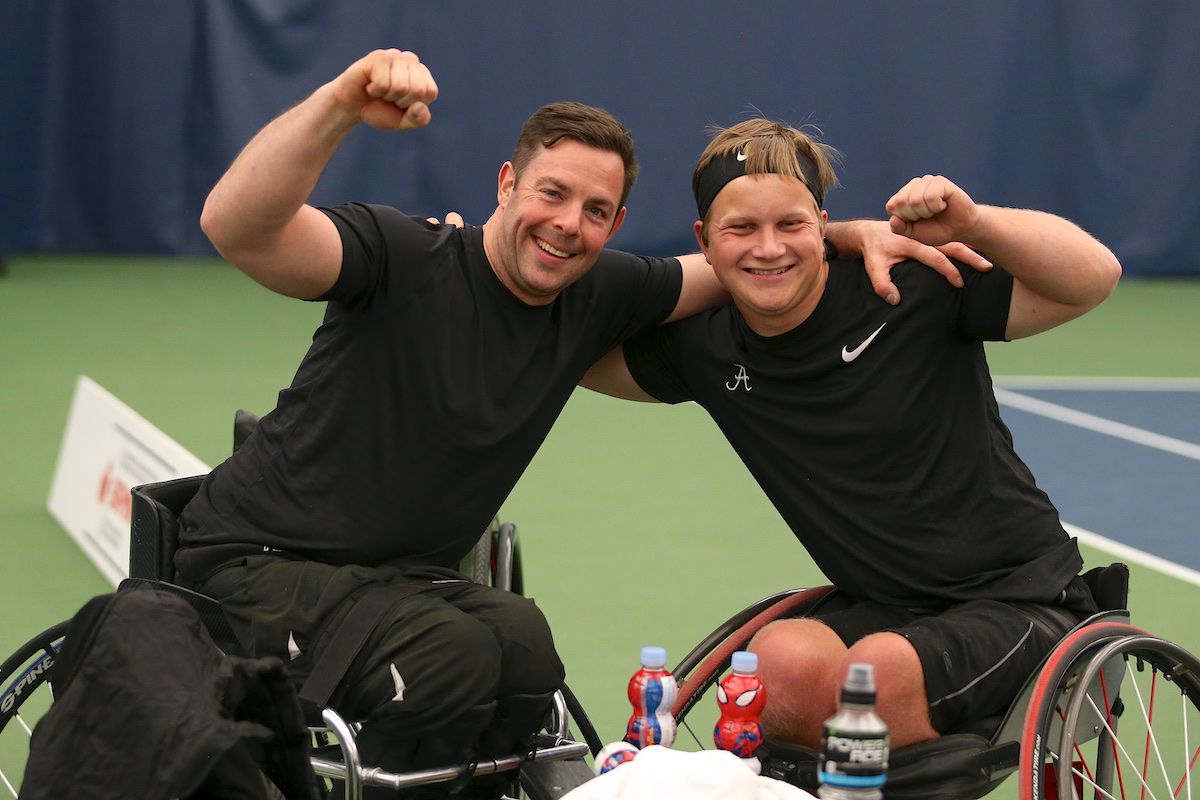 NEXT GEN ATHLETE VENOS ON TRACK

For his part, Venos made his first men’s singles final at nationals before losing out to two-time Paralympian Philippe Bedard. He later teamed up with Bedard to take home the doubles crown.

The 19-year-old from Vancouver has made steady progress since making his debut in the sport in 2015, and he now plays for the University of Alabama wheelchair tennis team where he’s on court five times a week and in the gym three times for strength and conditioning.

Bedard is co-owner of the only wheelchair tennis medal won by Canada at a multi-sport Games – a bronze in men’s doubles with Joel Dembe at Toronto 2015 – and recently returned to the court after a break. Playing tennis more for enjoyment than competition now, he is encouraged by the play of Venos.

“Transitioning to retirement I wanted to help Thomas a bit this summer during tournaments and at nationals,” Bedard said. “I’m really proud of the progress he has made and things are looking good, he has a bright future.”

Venos, who says he is getting more consistent on court and gaining power in his shots, hit a new career-high of No. 122 this year. If he stays on track he would quality for Lima, which is in his future plans.

“I’m trying to qualify for the Paralympics, that’s my biggest goal right now as well as getting to the Parapan Ams, hopefully I make it there," he said. "After that, I’d like to go back to the Paralympics again in the future and hopefully medal at one of them.”

Bedard, who competed at two Parapan Am Games, says that experience next summer would be invaluable.

“Hopefully he can do something good at Parapan Ams, it’s going to be a good experience for him; it’s a big event. Hopefully he will enjoy it and gain some great experience, play some important matches and it’s going to help him for the rest of his career.”