Paralympian Search in Calgary shows athletes what they can do

One effect of Paralympian Search is turning around an ‘I can’t’ into ‘I can’.

After his injury, para athlete Shawn Lucas says his life was full of those negativities but sport is one of things that can that can help someone realize their many abilities, and ultimately opened so many doors for him. He wears a ‘Nothing is impossible’ tattoo on his bicep as a reminder.

Lucas was one of 13 athletes who participated in Paralympian Search at the Canadian Sport Institute Calgary on Saturday. A one-day event aimed at testing participant aptitudes to excel in different Paralympic sports, it connects para athletes with sport reps and gives them a chance to learn about the different opportunities out there.

Overall, it was a positive environment with everyone supporting each other as they went through the testing, such as sprinting, stationary cycling, and a medicine ball toss.

“Being around similar people is so nice, and everyone gets each other’s little struggles and everything and so it’s really encouraging,” said 25-year-old Nadine Richards.

Richards was born missing three limbs and parts of her hand. She has been active her whole life, playing on a soccer team growing up and recently taking up snowboarding.

“Today was awesome. I was really intimidated this morning, especially for the sprinting and everything, I’m not a sprinter,” said Richards. “But I did it and I was like, this is actually fun to push yourself in this type of atmosphere where you can see your result. I’m very happy.”

While snowboarding was one of her top choices, she says she is open to any sport and ultimately is looking to discover a sport she has fun doing and that she could potentially compete in. 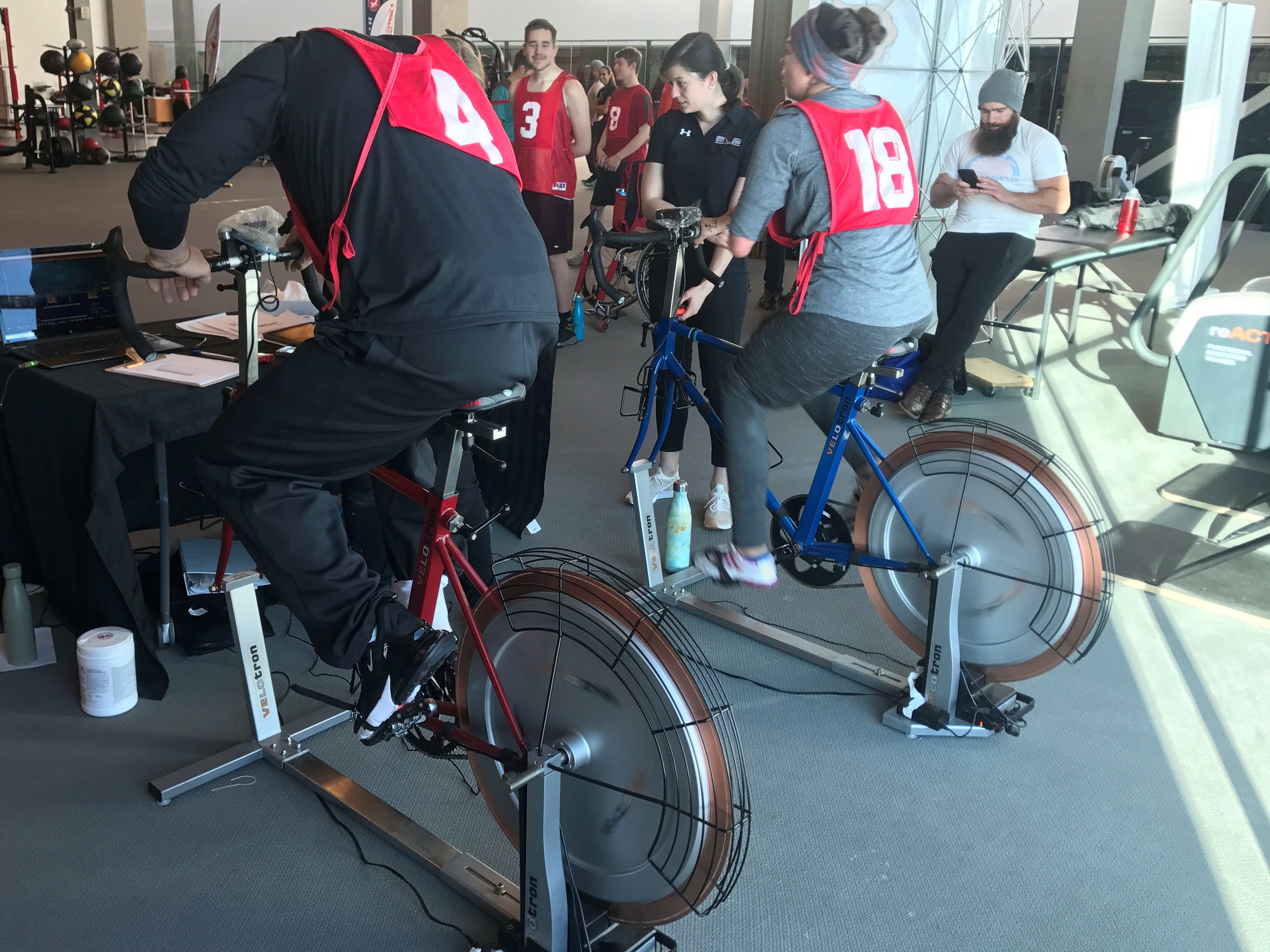 The participants on Sunday came from all different backgrounds. In Lucas’ case, this was actually his second Paralympian Search after having also attended in Calgary two years ago. The 38-year-old, whose right foot and ankle were crushed in a forklift accident back in 2004, is now looking for his next sport, having retired from eight years of Para ice hockey where he captained Alberta to three national titles.

“Hopefully I can stretch out my athletic career and see what is possible,” said Lucas, who also played minor pro football pre-injury. “That’s the great thing about parasport, there are so many doors that you don’t know what’s behind them, there are so many things that are possible.”

Recently retired Para alpine skier Kirk Schornstein was on hand to support the athletes. He even played some mini-tennis with the participants as a court was set up to give some hands-on experience.

He was encouraged by the open communication he saw and says events like Paralympian Search are important for the future of parasport. The three-time Paralympian, who now wants to help other athletes reach their Paralympic dream just as he did, says his advice to the participants was to not give up.

As someone who has already benefited from parasport, Lucas was also happy to share his knowledge with his fellow Paralympian Search participants.

“Seeing the youth and being able to pass on some of the messages from my experience last time, and helping them with what to expect is incredible,” he said. “Just getting to talk to them and share the experiences that I have and how much parasport opened up the world for me. Getting to share that with other people gives me so much inspiration as well just seeing the enthusiasm for sport.

The next Paralympian Search event is set for Ottawa/Gatineau on April 6, 2019.