“I am ready to start a new chapter in my life. I love training and the competition of sport, but I am at a place in my life where I am realizing all too well that those close to me will not be around forever. I need to cherish the time I have with them,” said LeJean. “I want to start my life with my fiancé and see my loved ones as much as I possibly can. I am learning that winning medals does not really matter. It is the time spent with the people that I love that I look back on with the fondest memories. I need to start doing more of that. Those moments are when I am my happiest.”

LeJean’s career in Para sport came following a car accident that left her with a spinal cord injury. Though she continued to live a full life, something was missing. Competitive by nature, she dabbled in wheelchair basketball, but training got to be too much and started to aggravate a previous shoulder injury due to the constant pushing. Her personal trainer noticed her impressive wingspan and encouraged her to try throwing. Once she threw a discus she never looked back.

Her first season as a competitive thrower was a complete whirlwind. LeJean won her first of eight Canadian titles, represented Canada at the World Para Athletics Championships (formerly the IPC World Championships) where she won a bronze medal in the F53 shot put and competed in the Canada Summer Games winning gold in shot put and silver in discus.

Over the next three years, LeJean would go on to win gold in the F53 shot put at the 2015 Parapan American Games in Toronto – a moment she will never forget as she got to share it with her family and personal coach Ueli Albert – as well as a bronze medal in javelin. She also threw her way to a silver medal at the World Para Athletics Championships in shot put, which saw her qualify for the 2016 Paralympic Games in Rio de Janeiro. Though not the best performance of her career – LeJean would finish fourth in Rio – she learned a great deal from that experience and what it truly takes to compete on the world stage.

“It has been a pleasure to have Pamela a part of our High Performance Team,” said Carla Nicholls, Athletics Canada’s Para Performance Lead. “I met Pamela in 2015 when I was the head coach of the Toronto Parapan American Games team and have always been impressed with her ability to set goals, create plans on how to accomplish these goals, and most importantly compete when it counts. Pamela has incredible talent and determination, which will set her up well for the next chapter of her life. We will certainly miss her and we wish her well in the future.”

With her sights set on accomplishing even greater things, LeJean pushed herself to continue throwing for two more years, mostly because she has “never felt more pride than when I put on the team Canada singlet.” She competed in her final World Para Athletics Championships, finishing fifth in F53 shot put, and continued to throw in Para Grand Prix events and in competitions across Canada. 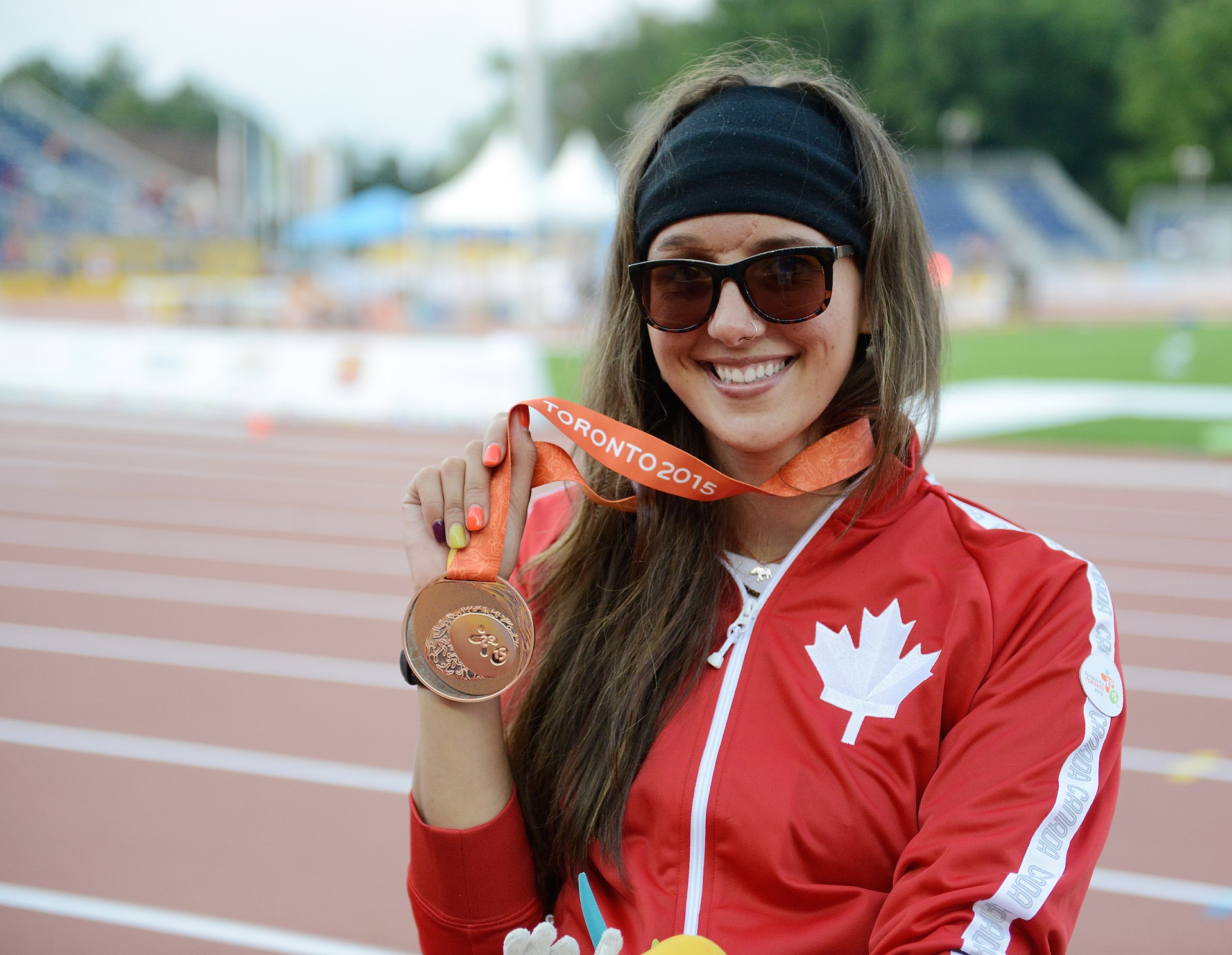 In 2018, the final year in which LeJean competed, she claimed the Canadian title in F53 discus, javelin and shot put. She also launched two record-setting throws – one in discus (12.83 metres), the other in shot put (4.76 metres) – placing her second in the world in both disciplines. She also ended the final season of her career ranked second in the world in javelin with a season’s best throw of 10.60 metres.

Many people helped LeJean achieve her goals along the way and she would be remiss if she did not acknowledge her incredible support team for sharing this journey with her. “Thank you so much to my family, my fiancé, Athletics Canada, the Canadian Paralympic Committee and my coaches and integrated support team at Athletics Canada’s East Hub in Toronto and the Canadian Sport Centre Atlantic,” said LeJean. “Everyone I met along my journey was professional, easy to work with, kind and very giving of their time. I could not have asked for a better team and group of friends to share the past six years of my life with.”