July 09, 2019
Both Gagne and Karn are Paralympians and Parapan Am medallists

OTTAWA – Paralympians Priscilla Gagne and Justin Karn will hit the mat for Canada in Para judo at the Lima 2019 Parapan American Games next month, Judo Canada and the Canadian Paralympic Committee announced Tuesday.

Gagne, who competes in the 52kg weight class, captured the bronze medal at last year’s world championships. The 33-year-old, who grew up in Sarnia, Ont. finished fifth in her first Paralympic Games at Rio 2016 and was a silver medallist at the Toronto 2015 Parapan Am Games.

“I am looking forward to the Parapan Am Games in Peru,” said Gagne. “My goals are to practice different strategies and techniques, and to make the podium and thus make my country and team proud. I’m excited to represent Canada and very excited to represent visually impaired Judo. I hope this will encourage other young people who have vision impairments here in Canada to get involved with judo and begin their journey to the podium!”

Karn, who competed at the London 2012 Games and finished seventh, has participated in the last two Parapan Am Games. The 38-year-old from Guelph, Ont. came home with a bronze medal from Guadalajara 2011 in the 60kg weight class.

“Competing at the highest level is the greatest test for any athlete,” said Karn. “I embrace the challenge and I’m excited to head to Lima.”

Last year, both Gagne and Karn were also crowned champion of their respective categories at the Pan American Para Judo Championships, going undefeated through the competition. The two athletes train at the Institut national du sport in Montreal under Judo Canada’s Andrzej Sadej, who will lead the team in Lima.

“I am so happy to welcome Priscilla and Justin to our Canadian team!” said Stephanie Dixon, chef de mission of the Lima 2019 Canadian Parapan Am Team. “They are both such phenomenal athletes who have represented our country so well on the international stage throughout their careers. I know they will do the same in Lima and Canada will be behind them as they put forth their best performance. I’m so excited to watch them compete!”

Para judo is contested by athletes with a visual impairment. Both Gagne and Karn are scheduled to compete in Lima on August 24.

The Lima 2019 Parapan American Games will run from August 23 to September 1 in Peru and will surpass Toronto 2015 as the largest Parapan Am Games ever with a record 1,850 athletes set to participate. Canada is expecting to send a team of approximately 152 athletes and competition partners in 13 sports. The Canadian Paralympic Committee will announce the official full team heading to the Games later this month. 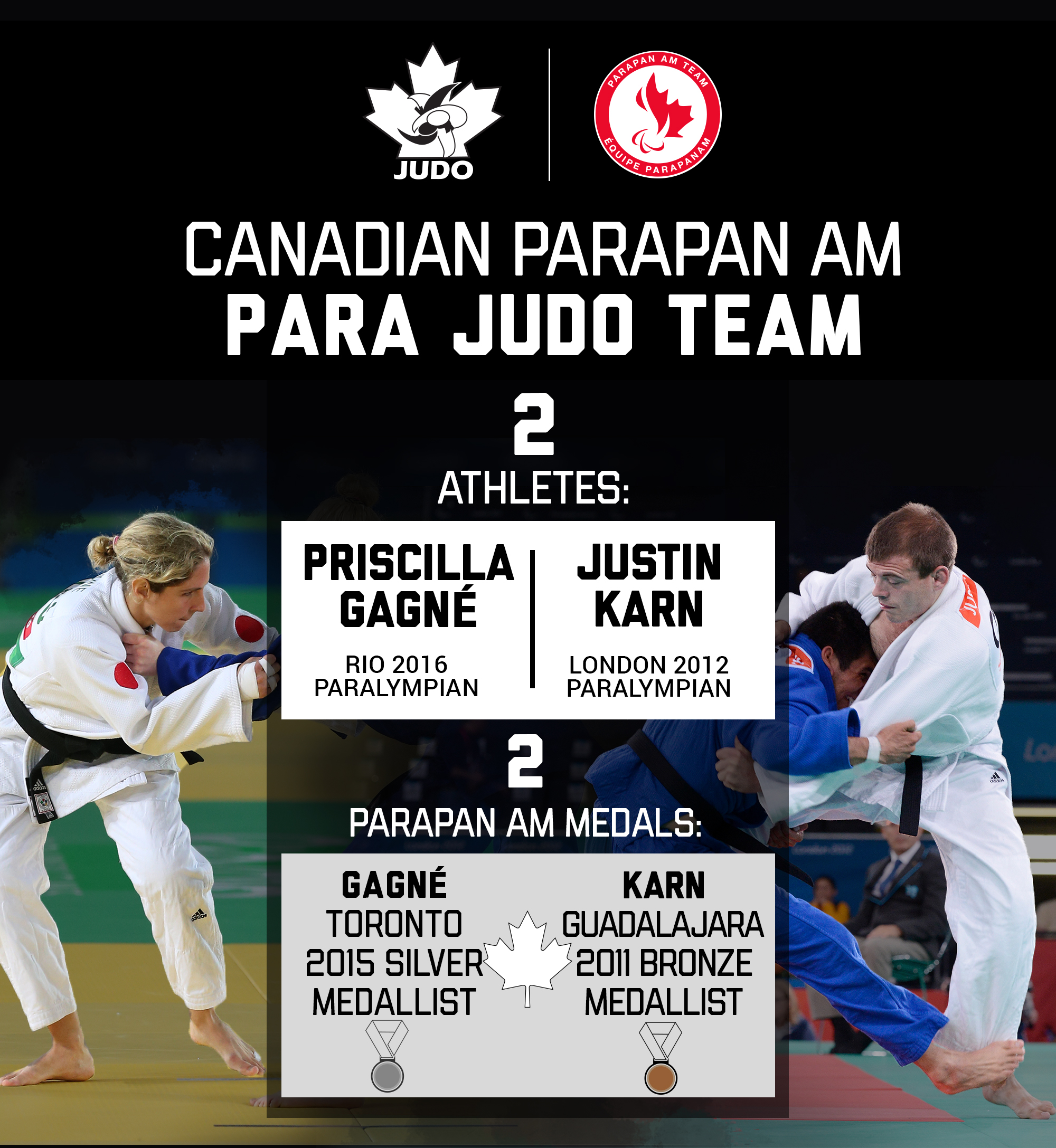