Para athletics team of 26 heading to Lima 2019 for Canada

OTTAWA – A total of 26 track and field athletes, including one guide, will be representing Canada at the Lima 2019 Parapan Am Games in Peru next month, the Canadian Paralympic Committee and Athletics Canada announced today.

“This is the first Canadian team I’ve ever made, and I saw my mom and dad both make teams, so it is definitely a dream come true,” said Nathan Riech, the world record-holder in the T38 1,500-metres, who will be competing in his first Parapan Am Games. “This is something that I’ve really worked hard for and I’m really excited to represent Canada. I’m going there to win and trying to do it the best way I can. All I’m going to worry about is executing my race plan and hopefully I’ll come out on top.”

“The whole last year I’ve been injured, so to be able to be back in time for the Parapan Am Games after a year of injury is a big thing for me,” said Ouellet. “I will probably enjoy the experience more, to be able to run pain free and even just to run, I will just enjoy the process and everything more. It’s a big honour to be named to the team.”

“Congratulations to all of our driven and hard-working Para track and field athletes heading to Lima!” said Stephanie Dixon, chef de mission of the Canadian Parapan Am Team. “Para athletics is always one of the showcase events of the Games, and we have such a strong team of athletes who will be representing Canada with pride in Peru. I wish each and every one of them the best of luck on the field of play, and know that myself and the entire Canadian team will be cheering you on!”

The Lima 2019 Parapan American Games will run from August 23 to September 1 in Peru and will surpass Toronto 2015 as the largest Parapan Am Games ever with a record 1,850 athletes set to participate. Canada is expecting to send a team of approximately 152 athletes and competition partners in 13 sports. The Canadian Paralympic Committee will announce the official full team heading to the Games later this month. 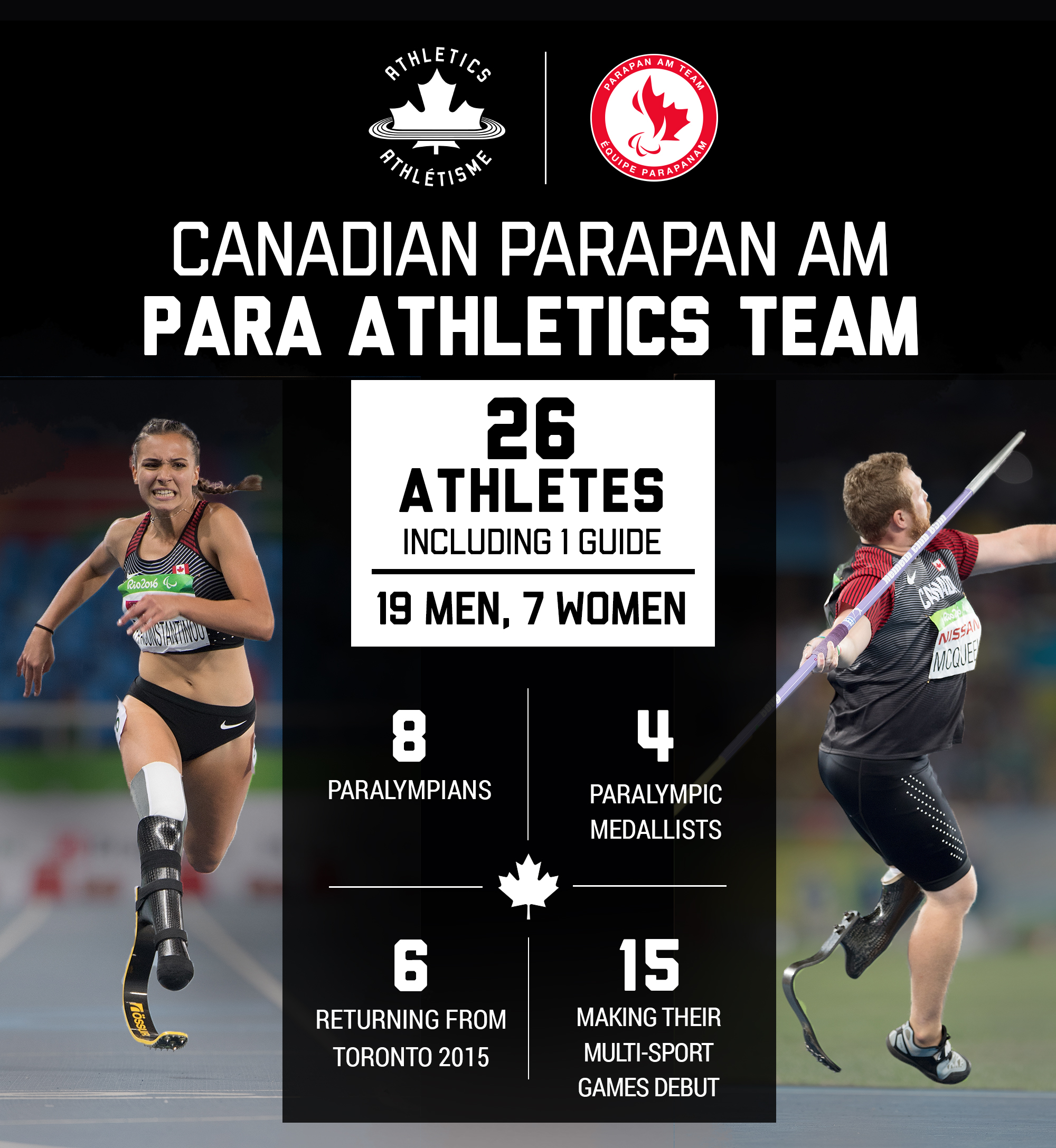